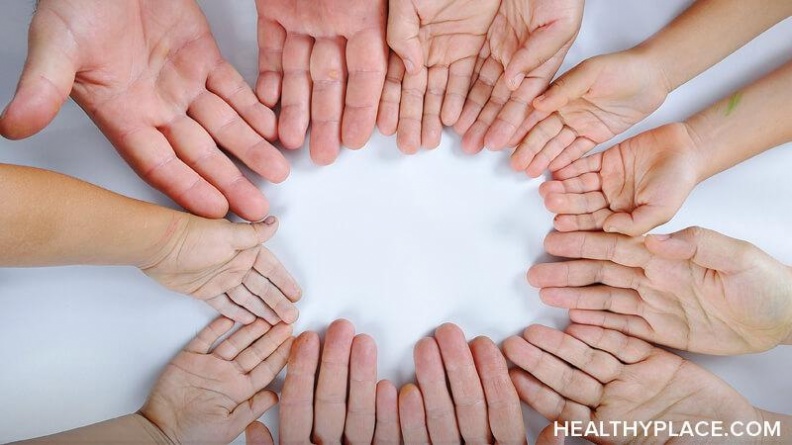 Taking responsibility is a major factor in a dissociative identity disorder (DID) system. No matter how one views a DID system -- as individual entities sharing one body, or as a single person with multiple parts -- how to take responsibility for actions and behaviors of alters or parts within the DID system is important. Should each part be held accountable for his or her own actions, or should it be the responsibility of the DID system as a whole?

Responsibility in the DID System According to the Media

DID system responsibility is unfairly handled by the media. You may have seen it in a movie, read about it in a book, or heard someone say it, either seriously or in jest: A person claims it wasn't him or her that did it, it was his or her other personality.

The excuse has been used in countless court cases in which the defendant claims they are not responsible for the crime because another part of them did it. A lot of the time, the person is faking DID to get away with something. But even so, history and the media have portrayed DID as an excuse to avoid taking responsibility.

The Debate Surrounding Responsibility in DID Systems

Aside from media portrayals, there are people with DID who believe that any actions or behaviors of the alters, with or without his or her knowledge, are not his or her responsibility. Since alters can take complete control of the body during dissociation, the core person or host may not have participated in the behavior at all. So why should that person be held accountable?

The difficulty lies in the fact that no matter how one views a DID system, there is only one body. The body commits the action. The body goes through with the behavior. Outsiders don't see alters taking over; they see a body, a person, performing an action. The legal system doesn't account for multiple parts or identities. One body, one legal name, one responsibility.

Shared Responsibility Among Alters in a DID System

The majority of people living with DID believe in shared responsibility. Whatever one alter does, the responsibility is held by the main person and the others in the DID system. There is no shifting blame to individual parts. Everyone works together as a system and as a team, and everyone shares responsibility.

That doesn't mean that there is no individual responsibility. Every part is responsible for his or her actions as well. But it's important to recognize and to let everyone in the system know how each alter's actions affect everyone inside. When an alter self-injures or harms the body in some way, they are harming everyone inside the body as well.

Communication is essential. However you communicate within your DID system, whether it's through writing, internal dialogue, meetings, etc., it's important to come up with an agreement among all your parts concerning individual responsibility as well as system accountability.

APA Reference
Matulewicz, C. (2018, April 20). Should Alters Share Responsibility in the DID System?, HealthyPlace. Retrieved on 2022, September 28 from https://www.healthyplace.com/blogs/dissociativeliving/2018/04/sharing-responsibility-within-the-did-system

A Day in the Life with Dissociative Identity Disorder
Managing Dissociation When You're Homeless with DID
amanda
June, 7 2021 at 8:27 am

Hello. My sister has DID and my cats literally tore up my piano bench--over the years. Also, I scratched the top of my coffee table by sliding something across it. However, an extremely mean alter told her that HE did it and he also emptied her soap in her bathroom and put it in HIS trash can in his house... I noticed the soap getting empty last week and meant to refill it yesterday, but I forgot. Today she was yelling at me telling me that "he won't leave her alone" and then proceeded to tell me all of the above. How is a good way for me to speak to her about this. I told her I scratched the table, the cats scratched the bench, and I forgot to refill the soap. She just got more upset and started yelling "you don't understand--these people do things inside and outside of my body," I told her I don't understand, but I believe her, and I do! I just want to be able to approach these situations in a better way and help her.

hope this reaches you in a time of providence.
perhaps you can have a chat mellow chat in a soothing environment. be sure both of you are prepared for this alter to try and break your means of communication with your sister. let her know how you believe her; and, therefore, when this alter does commit acts out of her control through her body, this opens a vulnerability in her connection with reality. alters can take advantage of this, and it only seems to me that's what this alter is doing right now because i certainly don't have all the information. i truly hope this helps with the least potential for pain.
sincerely,
a sister to one who lives with DID.

It is nice to see people write opinion pieces when they have no personal experience and have no idea what happens inside my head. Screw you. Oh and I am the "host" so I will take responsibility for that.

Dean I have to agree with you. It’s kind of like how the debates over if there is free will or not and I don’t believe we have free will. But with DID I don’t have a choice as to what my alters decides what they are going to do at any given time. I’m not so good at putting my thoughts into words. It would be great to have choices and control over what they do or even have a dialogue with them. Maybe in the future but not now. I’m just not sure how to have responsibility over parts that I have no idea what they are doing. I get the concept but can’t agree with it as of now.

i don't think this article was meant to blame any hosts for their perceived lack of accountability. i saw the article as trying to examine the errors that are apparent in how media and the justice system observe you (a person with DID).

I understand that I need to take responsibility for all of my alters' actions, but I've found it valuable to make a distinction, which has to do with intention. Liza, for example, once did something pretty stupid, which harmed someone else, and harmed us all, though she didn't mean it at all the way it came across. Liza tried to contact someone who, from her perspective, had suddenly stopped communicating online -- so she tried other ways of reaching her. What she didn't "get" was that another alter (Ella) had so pissed off that friend that she didn't want to be friends with me anymore. Because of Liza's multiple attempts to get in touch with this person, I was accused of "harassing" her, and lost some access privileges because of it. I contend that we are all -- I -- am responsible for Liza's actions. I have to take responsibility for those communications, and their effect, and I need to apologize, or do whatever else is necessary to rectify the situation, including making sure that Becca understands that she needs to leave that person alone, and work through whatever lapse in communication happened. However, I am not guilty of any intent to harass someone, and there is a sense in which it isn't my "fault" (before the fact), or the "fault" of my system as a whole that Becca took it upon herself to try to reach that person who suddenly wasn't communicating with us. She honestly thought that person might be in trouble or something. I was treated in a sort of "zero tolerance" way, and not even given the opportunity to explain what was really going on. I think that people who have a mental illness should at least get the opportunity to explain what happened -- not as an "excuse", but as an aid to mutual understanding, and so that someone who is innocent of ill intent isn't punished for something that wasn't meant as "harassment". It has severely hurt my reputation -- and therefore my other relationships -- to have been seen -- and treated -- like an abuser. I wonder if you could talk about this.

I've had an experience like this. There's no reason to blame yourself for the confusion. It was a normal reaction considering the circumstances even if no one else understands it.