Listen to the HealthyPlace.com Radio Show on Pathological Liars and find out why they lie and how their lies can harm others. Our psychiatrist, Kristeen Spratley, M.D. talks about what, if anything, can be done to help treat the pathological liar.

Q: I married a scam artist and now I'm $165,000 in the hole. Right now, he's riding a $30,000 motorcycle he bought with my money. I also found out I am his sixth wife. Now he is already moving on to No. 7. I lost everything. I cannot even afford a lawyer to get a divorce and move on with my life. I hate this man. I want to get him out of my mind, but I just can't get over what has happened. He's out there running around laughing at my naivete. I do nothing but cry. How do I get over this and move on? And how can I detect a con artist in the future and prevent this from happening again?

A: "We operate under a truth bias, whereby we generally assume that someone is honest," says Sally Caldwell, a sociologist at Southwest Texas State University and author of "Romantic Deception: The Six Signs He's Lying." "We're also taught to be polite, so we're afraid to challenge someone's words for fear of appearing rude. And we need those tendencies for society to function, or else we'd be a nation of paranoid people. But slow down and take a lot of time before granting your complete trust to a potential partner. Romantic liars try to speed the pace of a relationship so that it becomes intense very quickly."

"People who con others are generally psychopaths," says Brent Turvey, forensic scientist and criminal profiler at the Academy of Behavioral Profiling in Sitka, Alaska, and author of the just released second edition of "Criminal Profiling: An Introduction to Behavioral Evidence Analysis."

Contrary to popular belief, criminality and psychopathy don't always go hand-in-hand, although they certainly often do. "Basically, psychopaths view other people as sources of gratification and act accordingly without remorse or conscience. At one end of continuum, you have violent criminals — at the milder end, you have functioning, highly successful narcissists who do well professionally and abide by the law but wreak interpersonal havoc. We live in a culture where self-interest and instant gratification are rewarded, so it's sometimes difficult to spot the psychopaths among us."

Turvey adds: "Con artists look for people who have low self-esteem and exploit that. They are parasitic and live off of others' goodwill."

But there are signs to look out for. "Con artists and other psychopaths spend a lot of time talking about themselves in a self-aggrandizing fashion - bragging about their larger-than-life accomplishments and grand schemes, which are often completely fabricated," Turvey notes. "Also, watch out for people who constantly need to borrow money - they always have a sob story, or they've 'forgotten their wallets.'

"Another sign is someone who is amused by cruelty. If they laugh at others' suffering - not a nervous laugh, but genuine laughter at someone's pain," that's a sign that you've got a psychopath on your hands, Turvey says.

Despite the grandiose boasting, Caldwell notes, pathological liars tend to know more intimate and personal details about your life than you do about theirs. Before you plunge too deeply into a relationship, think about what you really know about the person. Is there evidence to back up the information? Have you met family and friends who can back up his tale of winning a Purple Heart? Have you seen his diploma from Harvard?

"Scam artists use what I call 'tending behaviors' and 'narrowing tactics': They often try to isolate you from family and friends - whether yours or his - in order to limit your ability to speak with people who might help you get a reality check on his stories. If they don't live with you, they'll call incessantly to keep track of your whereabouts. Unfortunately, many women misinterpret these behaviors as signs of affection. They are flattered that he always says, 'Oh, let's just have a quiet night at home - I want you all to myself.' That's OK sometimes - but if he never lets you out of sight, that's a danger sign."

As for retaining a lawyer who will work with you on either a pro bono basis or at a low fee, go to a legal aid clinic in your community or consult a local law school for resources. If it's appropriate and you actually have a chance to retrieve your assets from your husband, do so, but, Turvey cautions, if it's just going to be a waste of time and energy that will keep the creep in your life longer, cut your losses and just get the divorce. "Count your blessings that your losses weren't even greater," Turvey says - he's worked cases where scam artists kill their victims once they've gotten what they wanted.

Moving on emotionally may not happen for a while. Your trust has been shattered, and you are going to need a sounding board who can talk about this with you over a period of time and in front of whom you don't feel embarrassed discussing what you perceive as your gullibility. Support from friends is always helpful, but I would urge you to see a therapist who works on a sliding scale, since you have been so emotionally traumatized by this experience.

Listen to our HealthyPlace.com Radio show on pathological liars.

More: Who is the pathological liar? 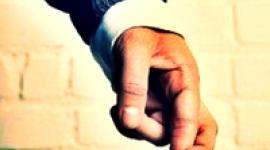 Pathological Liars Believe in the Lies 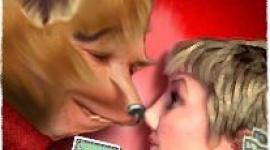 Quotes About Being Alone