Take a peep into my OCD ~ Disorder

I thought it was about time I opened up my world a bit more and showed you just what it really was like for me and my husband to live with Obsessive Compulsive Disorder for all those years, so here goes:

I was frightened of anything that had any connection AT ALL with the place where I had worked (or that MIGHT have a connection). This is because I had developed a fear of the chemicals that we used to have to use. I was frightened of any type of substance that was used for abrasive cleaning - bleach, for instance. This was then extended to any shops that sold any of these products, DIY stores etc. Anything that could have been made by the company I had worked for also became terrifying to me, as did the people who did or had worked there. My Mum and Dad's house was contaminated because I used to go there every night from work, and so the list got longer. This extended and extended until there were so many links to to my old workplace, that my world closed in on me and there was hardly anywhere left that wasn't "contaminated."

If I went anywhere and saw anything that was on my mental list of avoidances then it would scare and panic me to such a degree that it would mean lots of washing when we returned home: of myself, my husband, my clothes, my hair, anything that we had gone near or touched, anything we MIGHT have gone near, taps, door handles, etc, everything, It all felt so contaminated to me and needed washing before the awful sicky panicky feeling inside me would subside. Even then, after washing everything and anything, I could still be lying in bed trying to sleep and suddenly worry in case we had forgotten to wash something or maybe a part of myself! It would take an awful amount of convincing to persuade me that everything had been washed as I needed it to be, and sometimes I just couldn't be convinced and I would have to wash something again, no matter how tired I was or how late in the night it was - it just had to be done.

This all got to be so stressful and upsetting, so mentally and physically exhausting, and it was putting such a strain on our relationship that it became oh so much easier to stay at home and not venture outside into the "big bad world" at all. Of course, my husband still had to go to work and to the shops - we still had to eat! But it was all left for him to do. Anything that came into the house would have to be washed. Food would have to be bought packaged so that it could be washed without getting the item wet inside and ruining it.

Then there were the rituals. Certain areas of the house, certain doors, chairs, objects, etc. had been, in my mind, contaminated at various times and by various events. So these were to be avoided, unless they could be thoroughly washed. Of course not everything in life can be, so there were a lot of things that had to be avoided. I would sometimes think I, or my husband, had gone near these things and then more washing would have to be done to bring some relief to the torment of the "worry thoughts." I was terrified of going to the doctor's because of the link that my OCD had invented, and so it went on.

We used to make the best of things, though, and on weekends we would try and enjoy ourselves as much as possible. In a way, because this went on for so long, we sort of began treating the "abnormal" behavior as "normal." Of course, we both knew it wasn't, but the disorder drew us in and it became very hard for us to see a way out.

I hardly went anywhere at all, and, of course, this eventually got too much for me, and I became somewhat depressed. It wasn't obvious that I was, though, as it was a clinical depression. I sometimes had trouble sleeping or else I would sleep for hours. I got hardly any exercise for all that time and so became very unfit. That, in itself, didn't help the OCD as it started to hurt if I did try to do anything. We settled into a routine way of living, doing the ordered rituals that the OCD instructed had to be done, and surprisingly we did manage to have lot's of fun, happy times together - just not exactly "normal" times. The nights out having a meal, going to the pub, going to cinemas, parties, etc. had stopped, but we enjoyed each other's company and being with each other.

The life that the OCD forced us to lead may sound very hard to understand and probably very sad, but OCD can do this to anyone. It draws you in and compels you to do things that are completely irrational. This continues until you can eventually get help and do something to stop it. 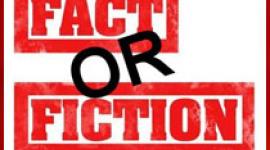 Trichotillomania Treatment How to Stop Pulling Out Hair

How to Cure People with Body Dysmorphic Disorder