Fact I know; and Law I know; but what is this Necessity, save an empty shadow of my own mind's throwing?
Thomas Henry Huxley (1825- 95), English biologist.

I know my hands are clean. I know that I have touched nothing dangerous. But... I doubt my perception

Soon, if I do not wash, a mind numbing, searing anxiety will cripple me. A feeling of stickiness will begin to spread from the point of contamination and I will be lost in a place I do not want to go. So I wash until the feeling is gone, until the anxiety subsides. Then I feel defeated. So I do less and less, my world becomes smaller and smaller and more lonely by the day. You see, you might have touched something and now you are unsafe.

I have come to look at periods of my life, held together by some common thread, as "seasons". It was 1960, I was ten, when I experienced my first "season" of OCD (Obsessive-Compulsive Disorder).(1).

While I, in looking back, had several discrete seasons of the disorder before 1960, this was the first of the long-lasting and incapacitating events. For the better part of a year, intrusive and horrifying thoughts about death and dying, heaven and hell and eternity filled my every waking moment. Scary enough stuff for a ten year old, but this had an accompanying unremitting anxiety. The only relief I could find was in praying and church and confession. Today, I know this is "scrupulosity". After about a year, the obsessions(2) stopped as suddenly as they came

Never did I tell anyone about what was happening to me. This, for me, seems to be part of the process, to suffer in silence.(3) Today, if I keep it silent, it's because the behaviors and thoughts are, I know, ridiculous and I prefer to avoid embarrassment. It was part of the whole obsession when I was ten. The obsession required me to be silent, except in the confessional.

The decade of the sixties found me experiencing occasional seasons of obsession though mostly not of a religious nature. It also found me engaging in behavior that resulted in or at least started the other disease process in my life, addiction. While I did not realize it at the time, as I was having too much fun, I was self-medicating the strange thinking away.

In 1971, everything changed. I developed, literally overnight, another form of the disorder. I became a "washer."(4) I became obsessed with fears of contamination and had to wash to relieve the anxiety. I had to wash in a specific way and a certain number of times depending on the "contamination".

Within a manner of weeks I became crippled. I could touch nothing without triggering the anxiety and the accompanying behavior, washing. There was no safe place. It forced me to drop out of school. My marriage deteriorated rapidly and eventually she left. If that would have happened without the OCD, I do not know, but it certainly contributed.

At this point, I found increased functionality in the use of alcohol. A drug I had previously avoided. In the drinking, I found I could get through the day. It was the only thing that gave me any distance from the insanity that my life had become.

A distance I desperately needed.

I am not a doctor, therapist or professional in the treatment of OCD. This site reflects my experience and my opinions only, unless otherwise stated. I am not responsible for the content of links I may point to or any content or advertising in HealthyPlace.com other then my own. 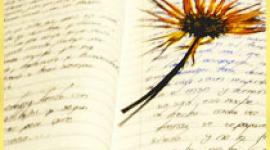 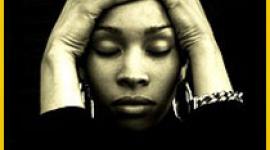