Living with Dissociative Identity Disorder (DID)

You may have heard the term Multiple Personality Disorder (MPD). Today, it's referred to as Dissociative Identity Disorder (DID). DID is characterized by multiple distinct identities or personalities (known as alters) in a single individual, each with its own pattern of perceiving and interacting with the environment.

One of the HealthyPlace members with Dissociative Identity Disorder described it to me as feeling like you're sharing your body with other people who live inside you.

Dissociative Identity Disorder is a controversial diagnosis. Many psychiatrists don't even believe it exists and if it does exist, mental health professionals (and DID patients themselves) argue over whether or not it can be, or should be, cured.


"Living with DID" On HealthyPlace TV

What's it like living with 58 different alters? Our guest, Maria, will talk about that plus some of the misconceptions people have about those who live with Dissociative Identity Disorder on Tuesday's HealthyPlace Mental Health TV Show.

Join us Tuesday, September 1, at 5:30p PT, 7:30 CST, 8:30 EST or catch it on-demand. The show airs live on our website. Maria will be taking your questions during the live show.

In the second half of the show, you get to ask HealthyPlace.com Medical Director, Dr. Harry Croft, your personal mental health questions.

Coming in September on the HealthyPlace TV Show

If you would like to be a guest on the show or share you personal story in writing or via video, please write us at: producer AT healthyplace.com

Everything is "extreme" these days. We have the "Extreme Makeover" show, extreme sports, extreme tech. But as a parent, what we don't want, but sometimes get, is extreme risk-taking by our teenage children.

The Parenting Coach, Dr. Steven Richfield, has some ideas on Coaching Caution To The Risk-Taking Teen.

Protecting Your Kids From Child Abuse

As with many people in this country, I've been captivated by the story of Jaycee Lee Dugard, who was kidnapped 18 years ago by convicted rapist, Phillip Garrido, known in his neighborhood as "Creepy Phil". Everyday, new details unravel, leaving us with questions about how this took place and lasted for so long when it was almost in plain sight.

Some of the HealthyPlace visitor emails we received in the last week outline the concerns of many Americans:

Frank: In one news story, they say a neighbor called the police three years ago describing Garrido as a "psychotic sex addict" who was living with children and had people staying in tents in his backyard. The police came and never went in the back yard, according to the report. That officer should be fired.

Priscilla: TV news says this poor girl apparently has strong feelings for her abductor, rapist and father of her two children. I went through a similar situation. Nobody else really understands. It took me many years before I was able to begin to sort it out.

Deedee: How does a man with a rap sheet a mile long, a parole officer, and neighbors calling the police reporting suspicious behavior get away with this for 18 years? How are we supposed to feel safe and protect our kids? Obviously, the police can't protect everybody from every crime.

Here are some things you can do to help deal with suspected child abuse.

You can find more articles on sexual abuse, physical abuse and psychological or emotional abuse here.

back to: HealthyPlace.com Mental-Health Newsletter Index 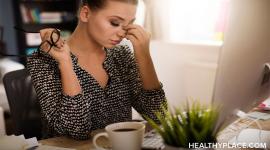 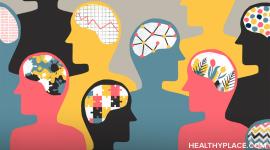 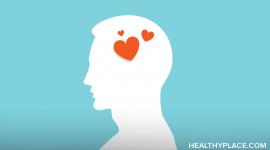 What is Emotional Intelligence, and What Does it Do For You? 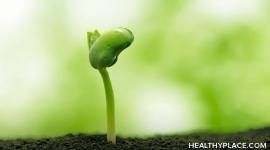 Despite Mental Health Challenges, You Can Thrive Now!

You Can Be Self-Confident When You Live with Mental Illness

How to Remain Calm in Emotional Situations

What We Can Learn from Disaster Mental Health

Does Good Parenting During the Holidays Mean Buying Gifts?