Other side effects can occur with antdepressants (see section below).

Of all the antidepressants, only fluoxetine (Prozac ® ) has been FDA approved to treat pediatric depression.

For obsessive compulsive disorder in children and teenagers, FDA has approved only fluoxetine (Prozac ® ), sertraline (Zoloft ® ), fluvoxamine, and clomipramine (Anafranil ® ). 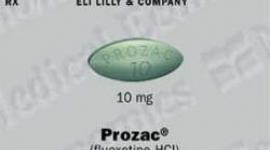 Gaslighting is Meant to Make You Crazy

Can You Change Your Abuser?