Radical Honesty, What A Concept!

On Friday, January 16th, 1999 John Stossel of the ABC 20/20 News team did a story on Brad Blanton's book "Radical Honesty: How to transform your life by telling the truth." I watched it because I wanted to find out what exactly he meant by "radical."

"Have we become so adept at lying, that we've forgotten that we are, in fact, lying?" 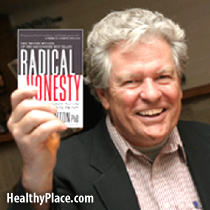 As it turns out, Radical Honesty is ....well....honesty. What astounded me most about the program was that people thought telling the truth was a radical idea. Don't you find that just a bit odd?

At the end of the story, Barbara Walters even warned viewers, "don't try this at home without someone trained in this." Tears ran down my face as I rocked with laughter and disbelief. Don't try this at home?!? Honesty?!? Are we so lost that we regard honesty as a dangerous pursuit without a trained "non-liar" at our sides?? Has the world become so warped that we consider telling the truth, a dangerous exercise? It seemed extremely bizarre to me.

But upon reflection, maybe it's not so bizarre. Haven't all of us been taught that it's better to lie to someone than to hurt their feelings? That there are just some things you simply never, never tell another? We're not suppose to tell anyone when we've had an extramarital affair, especially not our spouse. And god forbid we're honest with each other about sexual matters.

But have we become so adept at lying, that we've forgotten that we are, in fact, lying? Have we forgotten how to tell the truth, the whole truth, and nothing but the truth?

Perhaps we were taught to lie because we as a society believe we actually CAN hurt another emotionally. We believe we have the power to make another person feel something emotionally.

"You know how it is when you decide to lie and say the check is in the mail, and then you remember it really is? I'm like that all the time."

"You know how it is when you decide to lie and say the check is in the mail, and then you remember it really is? I'm like that all the time." - Steven Wright

So who's responsible for how we or another chooses to respond to words? If you truly had the power to make people feel certain emotions, then you should be able to create other people's reactions at will. If you said the same thing to a thousand people, you should be able to get an identical emotional response from all of them, right? But the fact is, you'd get as many different responses as there are people. Each would react according to their belief systems and interpretations of your meaning.

Lets do a silly exercise. Lets go around the country saying, "you have a big fat behind" to everyone we meet, regardless of their physical size. Men, women and children, no one escapes our little experiment.

Now, what do you think the reactions would be? You'd think most would be upset, wouldn't you? But you'll find some children will run away, and some will giggle. Some women will breakdown right in front of you and some will smile and say thank you. Some men will knock your lights out, and some will look at you like you've lost your mind. One statement, thousands of reactions.

The surprising thing is, the size of their derriÃ¨re wont even be the deciding factor in how they respond. Some people think their tuckus is huge, even though they're tiny. In some cultures, large bottoms are considered attractive. Some people LIKE their big butts!

So where is your power? What about your ability to make someone feel angry or hurt?

Seems each individual you spoke to, made the decision about how they would respond. People's responses are based on many factors, all of which are personal and have nothing to do with you.

If people understood everyone is responsible for their own emotions, we'd feel freer to say what we think and feel. Most times, it's our own lack of trust in ourselves to be able to deal with other's reactions, that is the stumbling block to our honesty. "How will I feel if this person reacts badly" we ask ourselves. "I might feel guilty, so I'll tell a little lie."

Because face it, sometimes people will get angry and hurt in reaction to our honesty. But the alternative of living lives filled with lies is not much of an alternative. We end up walking around on eggshells, monitoring our every word, and trying to predict how others might respond. It's a slow, awkward process of communication.

I agree with Dr. Blanton. Honesty about everything truly does open the doors to intimacy, love, and dynamic relationships. Without it, we're all just actors on a stage, reading our scripted lines. And to some degree, I think everyone knows we're pretending to be truthful. It's like we're all walking around holding dead chickens in our hands, making deals with each other. "Pretend you don't see my chicken, and I'll pretend I don't see yours." It's a scam, but one we're pulling over our own eyes.

I have this impossible dream about everyone on earth standing up, and all at the same time shouting out, "I'm a liar!". And as we all look at each other, we could start anew and begin fresh. Then, we could continue our lives with a willingness to trust that its okay to think and feel what we do, and have the courage to speak our truth.

Imagine being real and genuine with each other. Imagine what the world would be like if you could actually believe what people tell you. It might get a bit rocky at times, but it would "radically" change the world.

So maybe honesty is a radical idea in this day and age, but lets do our part in "telling the truth" so honesty becomes common place. The love that would follow would be far from common.

next: An Amazing Coincidence ~ back to: My Articles: Table of Contents 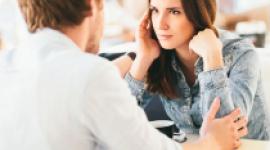 Honesty is Necessary in Love 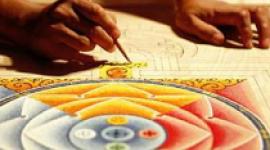 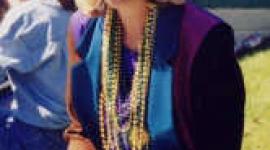 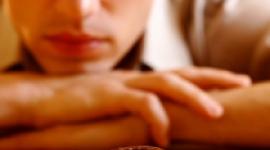 Random Thoughts to a Coaching Client