Grace was a happily married woman with a family and a career. After more than 20 years of marriage, her husband left her. After her divorce, she began dating George, a close family friend she had known for years. They became lovers. Because she was beyond childbearing years, she wasn't worried about getting pregnant and didn't think about using condoms. And because she had known George for years, it didn't occur to her to ask about his sexual history or if he had been tested for HIV.

At age 55 she had a routine medical checkup. Her blood tested positive for HIV. George had infected her. She will spend the rest of her life worrying that the virus would develop into life-threatening AIDS -- that any cough, sneeze, rash, or flu would, in fact, indicate AIDS and perhaps the beginning of the end of her life.

What Are HIV and AIDS?

HIV (short for human immunodeficiency virus) is a virus that kills cells in your immune system, the system that fights diseases. Once your immune system is weakened to the point where you get certain types of life-threatening diseases, infections, and cancers, you have what is called AIDS (short for acquired immunodeficiency syndrome). AIDS is the most advanced stage of HIV infection. If there's any chance that you might be infected with HIV, you should be tested, because now there are drugs you can take to help your body keep the HIV in check and fight off AIDS.

Many people do not have any symptoms when they are first infected with HIV. It can take as little as a few weeks for minor flu-like symptoms to show up or as long as 10 years or more for more serious symptoms. Symptoms can include headache, chronic cough, diarrhea, swollen glands, lack of energy, loss of appetite and weight loss, frequent fevers and sweats, frequent yeast infections, skin rashes, pelvic and abdominal cramps, sores on certain parts of your body, and short-term memory loss. People age 50 and older may not recognize HIV symptoms in themselves because they think what they are feeling and experiencing is part of normal aging.

How Do People Get HIV/AIDS?

ANYONE can get HIV and AIDS. Regardless of your age, and especially if you are 50 or older, you may be at risk for HIV if any of the following is true:

If you are sexually active and don't use a male latex condom. You can get HIV/AIDS from having sex with someone who is infected with the HIV virus. The virus passes from the infected person to another through the exchange of body fluids such as blood, semen, and vaginal fluid. HIV can get into your body during sex through any opening, such as a tear or cut in the lining of the vagina, vulva, penis, rectum, or mouth.

If you don't know your partner's sexual and drug history. Has your partner been tested for HIV/AIDS? Has he or she had a number of different sex partners? Does your partner inject drugs?

If you inject drugs and share needles or syringes with other people. Drug users are not the only people who might share needles. People with diabetes, for example, who inject insulin or draw blood to test glucose levels, might share needles. If you have shared needles for any reason or if you have had sex with someone who has, you should be tested for HIV/AIDS.

If any one of the above is true, you should be tested for HIV/AIDS. Check your local phone directory for the number of a hospital or health center where you can get a list of test sites. In most states the tests can be confidential (you give your name) or anonymous (you don't give your name).

There are many myths about HIV/AIDS. The examples below are FACTS:

Is HIV/AIDS Different in Older People?

The number of older people with HIV/AIDS is on the rise. About 10% of all people diagnosed with AIDS in the U.S. -- some 75,000 Americans - are age 50 and older. Because older people don't get tested for HIV/AIDS on a regular basis, there may be even more cases than we know. How has this happened?

Because healthcare workers and educators have neglected the middle-age and older population in terms of HIV/AIDS education and prevention.

Because older people are less likely than younger people to talk about their sex lives or drug use with their doctors.

Because doctors don't tend to ask their older patients about sex or drug use. It is harder for doctors to recognize the symptoms of HIV/AIDS in older people. Doctors need to talk to their patients about the specific behaviors that put them at risk for HIV/AIDS.

Older people often mistake HIV/AIDS symptoms for the aches and pains of normal aging, so they are less likely than younger people to get tested for HIV/AIDS. They may be embarrassed, ashamed, and fearful of being tested for HIV/AIDS, a disease connected with having sex and injecting drugs. People age 50 and over may have had the virus for years before being tested. By the time they are diagnosed with HIV/AIDS, the virus may be in its most advanced stages.

Older people diagnosed with HIV/AIDS do not live as long as younger people who have the virus. It is important to get tested early. The earlier you begin medical treatment, the better your chances for living longer.

Many older people who have HIV/AIDS live in isolation because they are afraid to tell family and friends about their illness. They may have more severe depression than younger people. Older people are less likely to join support groups. Older people with HIV/AIDS need help coping both emotionally and physically with the disease. As the infection progresses, they will need help getting around and caring for themselves. Older people with AIDS need support and understanding from their doctors, family, friends, and community.

HIV/AIDS, People of Color, and Women

There may be a connection between HIV/AIDS and women in menopause. Women who are no longer worried about getting pregnant may be less likely to use a condom and practice safe sex. Some menopausal women have vaginal dryness and thinning. This means they are more likely to have small tears and abrasions during sex. This can put women at greater risk for HIV. Because women may live longer than men and because of the rising rate of divorce, there are a large number of widowed, divorced, or separated women starting to date. Because many of these women do not understand how HIV/AIDS is spread, they may be at risk.

There is no cure for HIV/AIDS. Once you are infected, there are a number of medical treatments available to help keep the HIV virus in check and to help guard against AIDS. If there's any chance you might be infected, get tested. Early medical treatment is important, especially for middle-aged and older people. Your doctor or medical provider can give you information about the kinds of treatments available. Doctors and medical providers should talk to patients about the risk of HIV/AIDS, get the patient's sex and drug histories, and encourage HIV testing if there is any chance that the patient has been infected.

Remember, HIV/AIDS is all about behaviors. By practicing all the following behaviors, you can greatly reduce your risk of getting HIV/AIDS:

Health agencies in most cities offer HIV testing. The following national organizations have information about HIV/AIDS:

AARP has information on HIV/AIDS and its impact on mid-life and older adults. Ask about "It Can Happen to Me," a 28-minute videotape and discussion guide (available for loan or sale) for older adults or healthcare professionals.

The hotline operates 24 hours a day, 7 days a week. It offers general information and referrals to resources in your area.

Part of the National Institutes of Health, the NIAID provides information about AIDS research and clinical trials.

SAGE provides HIV/AIDS information and referrals for people age 50 and over.

Coping With An HIV Diagnosis 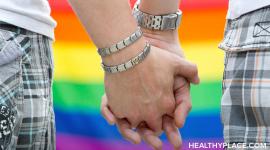 Coping with AIDS and HIV
HIV and Depression

Intimate Thoughts: How to Develop Intimacy With Your Partner