I had "a feeling" with James, even before he was diagnosed with ADHD, that something was wrong.

As mothers, we instinctively know when something is not right with our child. I had these instincts with James and they became increasingly stronger by the time James turned 3-years old.

James was impulsive. He was constantly on the move. He preferred noisemaking to talking. He was destructive. He was impossible to potty train and he was consistently in trouble...in trouble with the neighbors, with family members and in daycare.

A year later, things had not improved. Things had gotten worse. James had made the move into preschool and was failing. His "educated" and "professional" teachers labeled him "psychotic" and told me my son needed professional help.

At home, things were not good. The relationship between the children's father and I was deteriorating fast. The relationship became abusive. We disagreed over James. I felt there was something wrong, his Dad didn't. I wanted to take the child to the doctor, his dad refused to support me in that decision. The children fought with each other, their father fought with them, I fought with their father, I stopped visiting with my family and things were going to hell in a handcart and I was beginning to smother under a mountain of guilt.

By the time James turned 5, he was taking speech therapy lessons and beginning kindergarten. I didn't know it then, but I was about to receive the lessons that would take me down the path of becoming a Warrior.

APA Reference
Staff, H. (2008, October 4). Being a Mother of an ADHD Child, HealthyPlace. Retrieved on 2022, June 30 from https://www.healthyplace.com/adhd/articles/being-a-mother-of-an-adhd-child 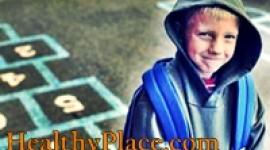 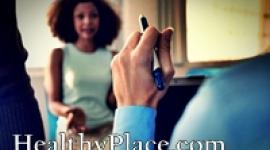 Adult ADHD Video: Why Some ADHD Adults Get Poor Treatment

Video on Adult ADHD and Depression