Analysis of benefits and risks of ADHD medications plus side-effects of medications for ADHD. And why using medications to treat ADHD is controversial.

Attention-Deficit/Hyperactivity Disorder (AD/HD, or ADHD) is characterized by two or more of the following:

The condition may take different forms: either inattentive or hyperactive/impulsive. Children are more often the ones diagnosed with ADHD, but many adults also maintain the attention impairments (ADD).

It is currently believed that ADHD is a neurobiological condition caused by genetics, conditions in utero, or possibly by relational trauma.

Why are medications often used for the treatment of ADHD?

Although the causes of ADHD are somewhat speculative, the source is generally believed to be a problem with either the structure or functioning of the brain. The most common view is that ADHD is a biochemical problem, related to an imbalance of the neurotransmitters in the brain. Thus, the use of medications is to regulate this presumed imbalance. Stimulants are the most frequently utilized type of medications for ADHD. Gabor Maté, M.D., author of Scattered: How Attention Deficit Disorder Originates and What You Can Do About It, offers this explanation and analogy:

What are the medications for treating ADHD?

The most common medications for treating ADHD are stimulants. Stimulants have been the longest in use for treatment of ADHD, and have the most research studies on their effects. Although some have been used on children as young as age 3, most are recommended for age 6 or older. Long-term studies on the use of stimulants for the treatment of ADHD lean toward the discontinuation during adolescence, due to possible growth inhibition.

Stimulants for the treatment of ADHD may be shorter or longer acting formulations. Short/intermediate acting stimulants require dosages 2-3 times a day, while long acting stimulants last 8-12 hours, and can be taken once a day, thus not requiring a dose at school.

There are four main types of stimulants used for treatment of ADHD:

The newest medication for treatment of ADHD is Strattera. This medication is a reuptake inhibitor that acts on the neurotransmitter norepinephrine (which affects blood pressure and blood flow) in the same way that antidepressants act on the neurotransmitter seratonin, allowing the natural chemical to remain longer in the brain before being drawn back up. Because it is a non-stimulant, it may be less objectionable to some families. Nevertheless, it has similar side effects as other medications used for ADHD.

In some cases, Antidepressants or anti-anxiety medications may be prescribed either in addition to or instead of stimulants for the treatment of ADHD. Most often, this determination is based on other symptoms, beyond those typical of ADHD alone. Antidepressants most commonly affect the neurotransmitters seratonin or norepinephrine. (the FDA advises that anyone on antidepressants should be watched for increases in suicidal thoughts and behaviors. Monitoring is especially important if this is the child or adult's first time on depression medication or if the dose has recently been changed. If the depression appears to be getting worse, an evaluation by a mental health professional should be scheduled as soon as possible).

What are the side effects of medications for ADHD?

Persistent and negative side effects of stimulants have been documented, including sleep disturbances, reduced appetite, and suppressed growth, which might have important health implications for the millions of children who are currently taking medication for ADHD. Source: Centers for Disease Control and Prevention

Side effects most commonly include:

Why is the use of medications for ADHD controversial?

The introduction of medications for the treatment of ADHD initially seemed like a miracle cure. Many believe that the benefits in terms of academic achievement and social behavior warrant the possible risks. However, there are also many concerns about the use of medications for ADHD, and as studies continue to monitor their effects, the controversy grows. Some of the most often-expressed concerns are:

As cultures become more fast-paced with increasing time pressures on parents, children, and teachers, the use of ADHD medications seems a fast fix for a complex problem. Long-range effects on the developing brain are not known. Even when medications are advised, they should never be used as the exclusive treatment for ADHD. Additional interventions (such as behavior management, parenting skills, and classroom accommodations) must also be incorporated.

Originally, ADHD medications were prescribed for school-age children, and use was generally discontinued at adolescence. In recent years, these medications have been prescribed at younger ages, and have been extended through adolescence and into adulthood. In some cases, doctors are diagnosing ADHD and prescribing medications for children as young as age 2, even though the controlled studies on these medications were not done on pre-school children. Understanding of normal child development and family behavioral management skills might be a more appropriate intervention for such young children.

ADHD is defined by behavioral symptoms. There is no specific test for ADHD. Behaviors that are common to ADHD may be caused by a variety of other sources, such as domestic violence, alcoholism in the family, inadequate parenting, ineffective behavior management, poor attachment to a stable caregiver, or a number of other medical conditions. The symptoms of ADHD are on a continuum that could be interpreted differently by any particular parent, teacher or physician. What one person would consider normally active for a child might be seen by someone else as hyperactive. What one adult can tolerate or handle might be seen by another adult as impossible behavior.

next: Guidelines for Use of ADHD Medication For Children
~ adhd library articles
~ all add/adhd articles 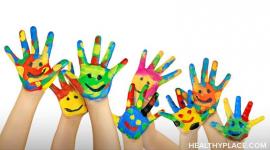 Does My Child Have an Emotional or Behavioral Disorder?
Impact of ADHD on School Performance 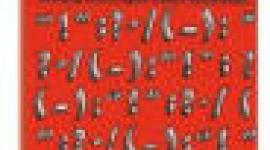