Does genetics play a role in ADHD and can ADHD be inherited? There are now several dozen case studies showing that ADHD does run in families.

When a child is diagnosed with ADHD, it often pays to look at the adults in the family, too. ADHD sometimes runs in families, and parents or grandparents may also have it.

When Michele Novotni was pregnant with her son, Jarryd, she might have guessed that he would become a child with attention deficit hyperactivity disorder (ADHD). After all, while in the womb, he was so active. Before he was 2 years old, he was diagnosed with ADHD, and he began taking medication for the disorder at age 5.

As Jarryd's family began dealing with the challenges of his ADHD, Novotni contemplated whether her father might also be afflicted with the same disorder, even though it had never been diagnosed. "We didn't know why my father had never worked up to his potential," says Novotni, PhD, a clinical psychologist in Wayne, Pa.

Before long, Novotni's father was, in fact, diagnosed with ADHD at the age of 65. He has been treated with a combination of strategies, including medication and personal coaching, and "it has made a huge difference in his life," she says.

Among Novotni's relatives, the family tree of ADHD doesn't stop there. One of her sisters has ADHD. So do several of her nephews.

The familial nature of ADHD isn't uncommon. With increasing frequency, child and adult psychologists and psychiatrists are encountering families with multiple ADHD cases. More than 20 studies now confirm that the tendency to develop ADHD can be inherited, often affecting not only parents and their children, but also cousins, uncles, and aunts in the same extended family.

For example, when one child in a family has ADHD, a sibling will also have the disorder 20% to 25% of the time, says geneticist Susan Smalley, PhD, co-director of the Center for Neurobehavioral Genetics at the David Geffen School of Medicine at UCLA (www.adhd.ucla.edu). About 15% to 40% of children with ADHD will have at least one parent with the same condition.

The prevalence of ADHD within families is particularly striking in studies of twins. Identical twins share all of their genes, and when one sibling has the disorder, his or her twin will have the condition 70% to 80% of the time. With non-identical or fraternal twins, ADHD occurs in both siblings in 30% to 40% of cases.

ADHD is the most common behavioral disorder diagnosed in children, and overall it affects up to 7.5% of school-age youngsters, according to a recent Mayo Clinic report. But though ADHD is often perceived as a childhood condition, it also occurs in about 2% to 6% of adults. Although by definition ADHD is a disorder that always begins in childhood, many adults with the condition may never have been diagnosed while growing up.

"Often, when we do assessments of children, a parent will say, 'That sounds a lot like me,'" says Novotni, author of Adult ADHD: A Reader Friendly Guide and president of the Attention Deficit Disorder Association (www.add.org). "Or the parent might say, 'So that's why it took me three times longer than other students to study for tests.'"

But while genetics clearly have an important role in ADHD, it is not the only influence. Environmental factors are players in the equation as well, such as smoking or alcohol use by a mother during pregnancy, and extremely low birth weight of the newborn, which could delay the development of the baby's brain and put him at risk for ADHD. Toxins in the environment and dietary factors might also be pieces of the puzzle in some cases, but they need to be better studied.

Families with multiple members with ADHD face special challenges in coping with the condition. A parent with ADHD may find it challenging to maintain self-control while dealing with a difficult child because of the parent's own emotional difficulties, says Arthur Robin, PhD, professor of psychiatry and behavioral neurosciences at Wayne State University School of Medicine in Detroit. "Parents may have a harder time inhibiting their own emotions and thinking things through before they act," he says. "The child's rashness and impulsiveness may evoke a reaction from the parent, creating an escalating and explosive situation."

Though hyperactive behavior and impulsivity are common characteristics in children with ADHD, the symptoms often change as these youngsters grow into adults. A study at Massachusetts General Hospital concluded that adults with the condition often are restless, easily distracted, have difficulty following directions, and frequently lose items -- but may not be hyperactive or impulsive like their own ADHD children.

When both a parent and his or her child have ADHD, treating the parent's disorder may be important in order for progress to be made in managing the child's disorder. After all, say ADHD experts, effective parenting of an ADHD youngster may require remembering to give the child his medications and implementing firm structure in his life. But an ADHD parent may need to be treated himself to become that kind of skillful parent.

"For example, when both a father and his child have ADHD, it's harder for the dad to deal consistently, calmly, and effectively when the child is acting out," says Robin. "It's also more difficult for the child to learn to behave appropriately because consistent consequences may not be imposed upon him by his father. But when the parent is calm, highly nurturing, and provides a structure, the ADHD child will probably do better."

In an ADHD household, the parent without ADHD may be facing challenges of his or her own. "A mother and wife without the disorder may feel like she has two children -- not only her child with ADHD, but also her husband who may seem like another child at times because of his ADHD -- and she has to care for both of them," says Robin, author of ADHD in Adolescence. "She's usually the family member who is most stressed out and most likely to be depressed."

Getting Treatment for ADHD

More than a dozen drugs -- most often, agents such as Ritalin and Adderall (an amphetamine product) -- are used to treat children with ADHD and are frequently prescribed for adults with the disorder as well. "Everyone's response to medication is different, but each of the medications seems to work in many individuals irregardless of age," says Novotni. Another drug, Strattera, was approved by the FDA in November 2002 and is the first ADHD medication proven clinically effective in adults.

In addition to taking a drug for their ADHD, adults may find that establishing routines or strategies for themselves can help them become better parents. These approaches may include making, posting, and frequently referring to lists of their day's activities and tasks, learning time management skills, and setting up a self-reward program when they meet their own goals.

Like their children with ADHD, adults with the disorder may benefit from psychotherapy as well, working on the emotional components of the disease. "When someone at age 40 learns that he has ADHD, he could react with sadness because he may not have accomplished all the things he otherwise might have in life," says Robin. "Or he may be angry at people who never figured out early in his life that he had this problem. Sometimes these adults are in denial. They need support and help in rebuilding their damaged self-esteem."

Understanding the Genetics of ADHD

In their studies of the familial nature of ADHD, most scientists believe that many genes -- perhaps 5, 10 or more -- are involved in the development of ADHD. One cluster of genes may cause one form of ADHD, says Smalley, and another cluster may cause another form. Once researchers have a clearer understanding of these genetic patterns, doctors may be able to use genetic testing very early in a child's life to identify whether he or she has a high risk of developing the disorder.

"We'll be able to diagnose better, and move toward better medications that can target the specific genetic problem in a particular child," says Smalley. At the same time, parents can be taught skills early on to deal effectively with their children, as well as utilize computer-based programs that may help improve a child's attention span.

next: ADHD: Dealing with the Legal and Insurance System
~ adhd library articles
~ all add/adhd articles

The Impact of ADHD on Marriage
Natural Alternatives: Feingold Diet and Fresh Lemon Balm for ADHD 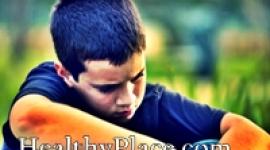 Why Other Children Are Rejecting Your ADHD Child?