A third of those with ADHD also suffer from depression, but it can be difficult to diagnose and studies indicate that ADHD and depression should be treated separately.

ADHD does not often come alone. There are many other comorbid conditions that are commonly associated with ADHD. Depression, Bipolar Disorder, Oppositional Defiant Disorder, Conduct Disorders and Learning Disabilities are just some of the conditions that can appear with ADHD. Some studies have indicated that between 50% and 70% of individuals with ADHD also have some other condition. The presence of co-morbid conditions can interfere with treatment, render some treatments ineffective and seems to have a direct correlation on whether ADHD symptoms will continue to cause impairment into adulthood. The positive response to treatment is lower in patients with co-morbid conditions. Patients with at least two co-existing conditions are also more apt to develop conduct disorders and anti-social behavior. Early diagnosis and treatment can many times prevent problems later.

Many with ADHD Also Suffer with Depression

According to studies, anywhere from 24% to 30% of patients with ADHD also suffer from depression. In the past it was thought that depression may have been the result of constant failures due to ADHD symptoms. Therefore, if ADHD was successfully treated, the depression should disappear. Based on this assumption, ADHD was considered to be the primary diagnosis and the depression was ignored. However, a study by the Pediatric Pharmacology Department at Massachusettes General Hospital in Boston, MA indicated that depression and ADHD are separate and both should be treated.

Diagnosis can be very difficult. Stimulant medications, commonly used to treat ADHD, can sometimes cause side effects that mimic depressive symptoms. These medications can also increase symptoms of depression and bipolar disorder, making it hard to distinquish what are the true symptoms and which are caused from medication. Many physicians will, therefore, treat the depression first, and, once that has been controlled will begin to treat ADHD. Depression becomes the "primary" diagnosis and ADHD becomes the "secondary" diagnosis. Other physicians will argue that treatment must be simultaneous, with treatment occurring at the same time. Arguments for this method of treatment say that in order to have either condition under control, both must be under control.

Some of the risks of co-existing conditions (especially undiagnosed and untreated) are:

Some experts recommend that all individuals receiving a diagnosis of ADHD should also have a complete and thorough psychological evaluation to determine the presence (or absence) of any co-existing disorders. Once this has been completed, a treatment team, sometimes consisting of family physician, psychologist and psychiatrist, can work together to create a treatment plan geared specifically for that individual. If you suspect that you, or someone you know suffers from depression, please consult your physician for referrals to a mental health professional in your area for further evaluation and treatment.

next: What To Do About Depression
~ adhd library articles
~ all add/adhd articles 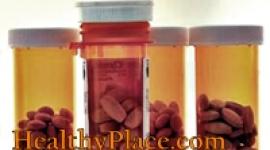