Figuring out which ADHD medication works best and the proper dosage for your ADHD child may involve a process of trial and error.

These are really important questions because although there is considerable research evidence that medication is quite helpful for the vast majority of children with ADHD, it is frequently prescribed and monitored in such a way that prevents children from getting the maximum benefit possible.

In regards to the first question raised above, there is simply no way to predict in advance which of several medications will be most helpful for a child with ADHD, nor the optimal dose will be. Physicians generally start with Ritalin, which is certainly reasonable since it is the most extensively researched. A child who does not respond well to Ritalin, however, may do very well on other stimulants (e.g. Adderall, Concerta, Dexedrine). Similarly, a child who does not do well on the initial doses tried may do very well on a different dose. In some cases, side-effects that are prominent with one medicine may be absent with another.

The bottom line is that because there is no way to know in advance what ADHD medication will be best for an individual child, the child's response needs to be monitored very carefully. One very useful procedure is to begin a child on medication using a careful trial in which a child is tried on different doses during different weeks, and is also put on a placebo for one or more weeks during the trial. The child's teacher is asked to complete weekly ratings of the child's behavior and academic performance, and side effects forms are completed by both parents and teachers.

Why have a child receive a placebo during the trial? This is important because no matter how good one's intentions are, it is very difficult to be objective about a child's behavior when one know the child is on medication. Thus, one study found that when children with ADHD were given a placebo, the child's teacher reported significant improvement over half the time. This is probably because teachers expect the child to do better which can color what they see. Also, when children believe they are on meds they actually may do a bit better, at least for a period of time.

By using the placebo procedure outline above, the information obtained is less likely to be effected by such potential biases because the teacher does not know when the child is getting medicine and when he or she is not.

By comparing the teacher's ratings for the different medication weeks with the placebo week, one has a more objective basis for deciding if the medicine really helped, whether it helped enough to be worth continuing, what dose produced the greatest benefits, whether there were adverse side effects, and what problems may remain to be addressed even if the medicine was helpful.

Compare this type of careful trial with what is often done: the doctor prescribes medication and asks the parent to let him know what happened. Parents ask the teacher for feedback about how their child did on medication for ADHD, and passes this along to the physician who then decides whether to continue, try a different dose, or try a different medication. Here are possibilities that are much more likely to occur with this procedure:

1. Because of the "placebo" effect, medication may be reported to have been helpful even though no real benefit was produced. The child then continues to take medicine even though he or she is not really benefiting.

2. Because a systematic comparison of different doses is not made, the child is maintained on a non-optimal dose, and thus fails to get al the benefits that are possible.

3. Medication is discontinued because of "side-effects" that actually had nothing to do with the medication (see below).

4. Because a careful assessment was not made of how the child did on medicine, problems that may have remained even though the medicine was helpful are not targeted for adjunctive forms of treatment.

Suppose a good trial has been done and the proper dose selected - now what?

After this has been done, it is VERY important to monitor how the child is doing on a regular basis. In fact, guidelines published by the American Academy of Child and Adolescent Psychiatry, recommend that at least weekly ratings from teachers be obtained. This is because a child's response to ADHD stimulant medication can change over time, so what starts out as being very helpful may become less helpful over time. Some of you may have already had the unfortunate experience of believing that things were going along pretty well, and then finding out at report card time that this was not the case. With regular, systematic feedback from teachers about how well a child's ADHD symptoms are being managed, the quality of work being completed, peer relations, etc., this type of unpleasant surprise does not need to occur. This is not difficult to do, but in my experience, is rarely done.

Allow me to put in a plug for procedures I have developed and use regularly to help parents with these important issues. If you visit my site www.help4add.com, you'll find overviews of a medication trial program to assist with initial medication trials and a monitoring system to carefully follow how a child is doing. I use these programs all the time and know how useful they are. Please consider giving them a try if you are considering the use of medication for your child or have a child who is already on medication.

Dr. Dave Rabiner received his Ph.D in clinical psychology from Duke University in 1987 where he also completed a one-year internship in child psychology at Duke University Medical Center. From 1987-1998, he was a professor in the psychology department at the University of North Carolina at Greensboro. During this time, he maintained a part-time private practice where he worked primarily with children diagnosed with ADHD (Attention Deficit Hyperactivity Disorder). In addition to this direct clinical work, he has consulted with numerous pediatricians and family physicians in North Carolina to assist them in evaluating and treating children with ADHD.

Dr. Rabiner has also published a number of papers on children's social development in peer-reviewed journals and presented his work at professional conferences. He's also served as a consultant on two federally funded grants to study ADHD.

Currently, Dr. Rabiner is teaching and conducting research on ADHD at Duke University in Durham, NC.

next: My Two Cents on Your ADHD Child and the School District
~ adhd library articles
~ all add/adhd articles

Building on a Child's Strengths 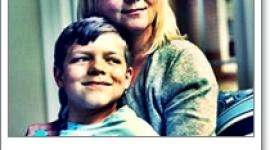 Can ADHD Be Inherited?
Classroom Coaching: Bringing Skills On-Line
The Role of Disability Living Allowance in the Management of Attention-Deficit/Hyperactivity Disorder