In the most thorough study ever of ADHD medications, there's scant proof that ADHD drugs are safe or even that effective.

At a time when millions of children and adults are taking drugs for Attention Deficit Hyperactivity Disorder, the most comprehensive scientific analysis of the drugs to date has found little evidence that ADHD medications are safe, that one drug is more effective than another or that they help school performance.

The 27 drugs studied included Adderall, Concerta, Strattera, Ritalin, Focalin, Cylert (removed from market in 2005), Provigil, and others that, in some households, are well-known for their sometimes calming affects.

The 731-page report was done by the Drug Effectiveness Review Project, based at Oregon State University. The group analyzed 2,287 studies - virtually every investigation ever done on ADHD drugs anywhere in the world - to reach its conclusions.

The findings do not mean ADHD drugs are unsafe or unhelpful, just that sound scientific proof is lacking.

The Pharmaceutical Research and Manufacturers of America, the Washington, D.C.-based drug industry lobby group, had no comment on the report, but its senior vice president, Ken Johnson, said the benefits of most drugs "clearly outweigh the risks."

ADHD is suspected when people have a harder time than others their ages paying attention, sitting still or controlling impulses. To be diagnosed, those tendencies must interfere with work, school or other activities.

Nationally, about 4.4 million kids between 4 and 17 fit the bill. Of those, more than 2.5 million take ADHD drugs. Up to 8 percent of kids in Washington state have been diagnosed with the condition.

The Drug Effectiveness Review Project was formed in 2003 to give consumers and state insurance plans trustworthy information about pharmaceuticals.

Industry studies, which researchers have shown sometimes are rigged for favorable outcomes, don't give the confidence "many of us would like to decide whether or not we should be using a given medication," said the project's deputy director, Mark Gibson.

Complicating efforts to get reliable information, the U.S. Food and Drug Administration doesn't require companies to compare new drugs to ones on the market. Most times, firms instead compare their wares to sugar pills because it is easier to show benefit and get approved for sale.

The problems leave insurers and patients in the lurch when they need to know what drugs work best. That's where the Drug Effectiveness Review Project comes in. Its physicians and pharmacists analyze virtually every study on a given class of pharmaceuticals to find the best drugs.

The American Association of Retired Persons and Consumers Union, the publisher of Consumer Reports, use the project's findings to tell people what drugs give the most for the money. Fourteen states, including Washington, also use its services to decide what drugs to cover for beneficiaries. Those states are the project's chief funders.

For ADHD, the project analyzed published studies as well as unpublished data from the six leading makers of ADHD drugs. The group rejected 2,107 investigations as unreliable, and reviewed the remaining 180 to find superior drugs.

Instead, it found that evidence to choose one ADHD drug over another for safety or effectiveness is "severely limited" by a lack of studies measuring "functional or long-term outcomes."

The project could not find a "good quality" study that tested the drugs against each other. It also could not find comparative evidence to determine which ADHD drugs are less likely to cause tics, seizures and heart and liver problems.

That evidence is needed. Canadian authorities have recently warned against using Adderall XR (Extended Release) in patients with heart problems. Cylert and Strattera have been linked to liver damage, the report said.

Until better research is done, the findings mean that choosing the right ADHD drug is largely a matter of trial and error. They also suggest some people might do as well or better on cheap generic Ritalin, sold by its scientific name methylphenidate, instead of far more expensive, newer options such as Concerta and Adderall.

In fact, in the few instances where the Oregon group could draw conclusions, it found Concerta "did not show overall difference in outcomes" compared to generic Ritalin, and proof that Adderall is better "lacking." What little evidence there is comparing another newer expensive drug, Strattera, to generic Ritalin "suggests a lack of difference in efficacy."

Gibson cautioned that his project's latest report is still open for public comment and possible fine-tuning. But the overall results did not surprise Libby Munn, a nurse practitioner at Greater Lakes Mental Healthcare in Lakewood.

"I've never been aware of any evidence of any one being better than another," said Munn, who treats patients for ADHD and other conditions. "That's true of antidepressants and antipsychotics, too. Once you compare meds for a given disorder, there are often no proven differences."

Tacoma psychiatrist Dr. Fletcher Taylor, an expert in adult ADHD at Rainier Associates, works with drug companies to develop new products. He said he stands by the effectiveness and safety of the drugs.

Still, he said, Adderall and Concerta are largely equal in their effect, though some people do better on one than another. Their greatest advantage over generic Ritalin is that people take fewer pills during the day. 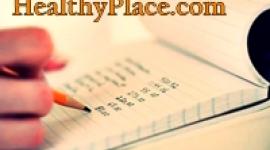