By treating children's sleep disorders, parents may find that their child's attention deficit hyperactivity disorder (ADHD) symptoms improve as well, according to a study released during the American Academy of Neurology's 50th Anniversary Annual Meeting April 25-May 2 in Minneapolis, MN.

The study involved children with ADHD as well as restless legs syndrome and/or periodic limb movements of sleep. ADHD is a chronic, neurologically based syndrome characterized by restlessness, distractibility and impulsivity. Restless legs syndrome is a neurological disorder characterized by sensations of discomfort in the legs during periods of inactivity relieved by moving or stimulating the legs. Periodic limb movements of sleep involves episodes of repetitive leg movements causing brief awakenings in brain activity. Both sleep disorders can cause interrupted sleep and fatigue or sleepiness during the day.

In the study, five children were treated with the drug levodopa, which has been shown to improve symptoms of these sleep disorders but not ADHD.

The children's attention spans improved, along with their memory. And parents also reported that their ADHD children's behavior improved.

Walters said the sleep disruption may cause the children to be inattentive and hyperactive due to sleep deprivation. The children also may have leg discomfort when sitting at their school desks that is relieved only by moving around, he said.

Walters cautioned, "It is not definitely proven that periodic limb movements of sleep leads to symptoms of ADHD. An alternative possibility is that these disorders simply appear together frequently."

Researchers also have another theory why levodopa improves the children's ADHD symptoms.

"There may be a common link -- a dopaminergic deficiency in the brain that causes both the sleep disorders and the ADHD," Walters said.

One argument supporting this theory is that Ritalin(r), a common treatment for ADHD, promotes dopamine action in the brain, as does levodopa. "No one understands why a stimulant -- Ritalin(r) -- improves hyperactive behavior," Walters said. "This could be why."

Walters said the benefits of the levodopa appear to last long term. The next step to confirm these results is a double-blind, placebo-control trial, he said. The drug should also be tested with children with ADHD who do not have these sleep disturbances, he said.

Dr. Billy Levin writes in reaction to the above article....

"There is a very clear association between A.D.H.D. and sleep disturbances starting with the infant who just does not sleep until he is exhausted, followed by the toddler who won't go to sleep on his own or will only sleep in the parents bed. The young child who is afraid of the dark, or takes ages to fall asleep or a very restless sleeper. The older child may go late to bed, have nightmares or wake at the crack of dawn. Separation anxieties may manifest here or bed wetting. All these to a greater or lessor degree and some or all may present. 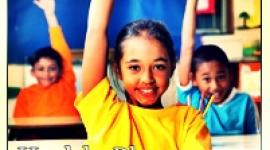