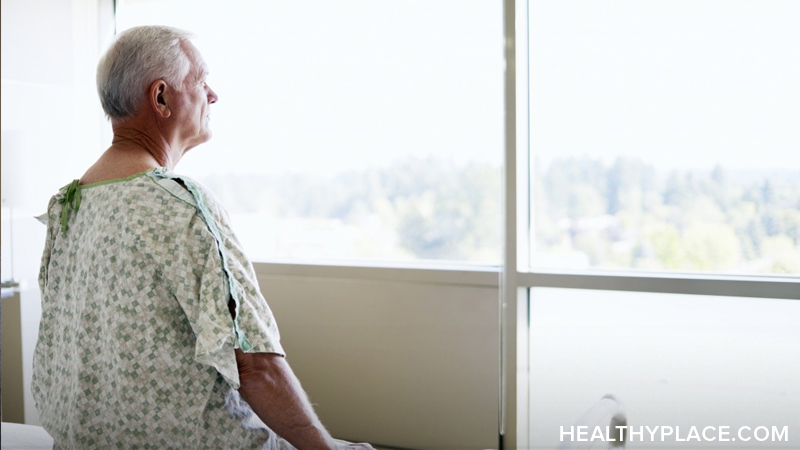 Losing grip of reality can be frustrating, even scary or traumatic for Alzheimer's patients and their caregivers. Learn about auditory and visual hallucinations.

A person with Alzheimer's may sometimes experience hallucinations. They may see, hear, smell, taste or feel things which are not really there. That's contrasted with a delusion, which is something a person thinks, something they strongly believe to be true, which is not. Because both maladies seem so real to the person experiencing them, it is often quite difficult to convince them otherwise.

The most common hallucinations are those which involve sight or hearing.

If the hallucinations persist or the person with Alzheimer's becomes distressed by them, speak to the GP. Medication can sometimes help but, if prescribed, should be regularly reviewed by the doctor.

Visual hallucinations are the most common type in Alzheimer's. The person may see people, animals or objects. Sometimes these involve quite complicated scenes or bizarre situations.

Such hallucinations can be the result of the person's brain misinterpreting everyday objects. They may believe, for example, that they see faces in patterns on fabrics, that pictures on posters are real people or animals, or that their reflection in the mirror is another person.

Many people with Alzheimer's who experience visual hallucinations only experience them occasionally. However, sometimes they are more persistent and troublesome.

Possible causes of visual hallucinations include:

Illness. Hallucinations can result from physical illness such as infections. They can also be side-effects of some types of medication. A doctor should be able to help rule out these possibilities.

Eyesight. Visual hallucinations may be due to poor eyesight. This cannot always be improved but you should:

These occur when the person hears voices or noises although nothing is there. As with visual hallucinations, it is important to rule out physical causes such as physical illness and the side-effects of medication. It is also worth checking the person's hearing and make sure that their hearing aid is working properly if they wear one.

One indication that the person may be experiencing auditory hallucinations is when they talk to themselves and pause, as though waiting for someone else to finish speaking before continuing. However, talking to oneself is very common - not everyone who does this is having an hallucination.

Shouting at people who are not there also suggests the possibility of hallucinations.

People are less likely to hear voices when they are talking to someone real, so company can help.

Stopping the Alzheimer's Patient From Leaving the House 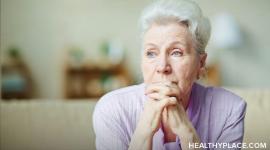 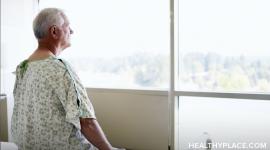 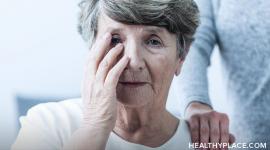