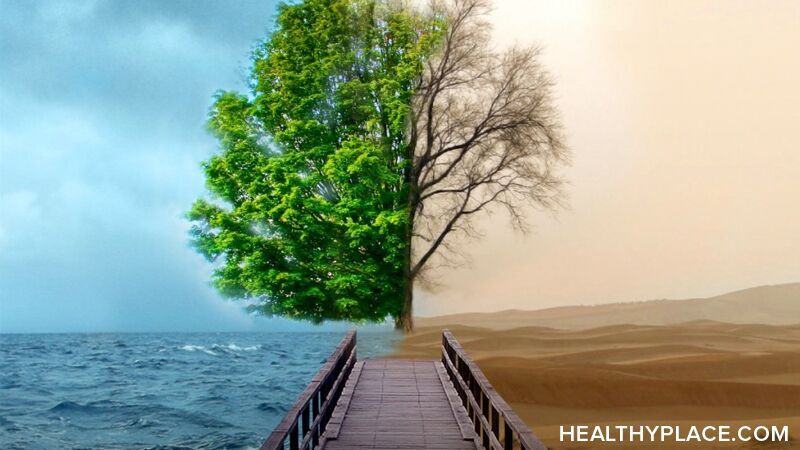 Manic depressive disorder, now known as bipolar disorder, is a mental illness characterized by cycling high and low moods. A cycling mood disorder has been written about as a clear mental illness since early Chinese authors and was described by the encyclopedist Gao Lian in the late 16th century. German psychiatrist Emil Kraepelin developed the term "manic depressive psychosis" in the early 20th century.1 This term made the most sense at the time as the illness has episodes of mania and episodes of depression.

Manic depressive disorder was defined in the mid-20th century as cycling periods of mania, depression and normal functioning. Around 1957, the term "bipolar" was first used and subclassifications of the illness began to appear combining these states:

Manic depressive illness is sometimes still preferred, particularly over bipolar type 1, as it indicates the constantly changing mood present in the illness. Bipolar type 2 consists of periods of depression and hypomania, rather than mania.

A Manic Depressive During Mania

During a manic state, life may appear to be perfect to a manic depressive. The patient feels like they are on top of the world, can talk to god or perhaps even have godlike powers themselves. The manic depressive feels no need to sleep or eat and never gets tired. The patient feels brilliant and talks non-stop in a steady stream of ever-changing ideas. The patient may get very irritated when others don't see their brilliance or agree with their delusional beliefs. A manic depressive may even become paranoid and psychotic and think they are being communicated to through inanimate objects. This manic state spirals out of control often leading to drinking, gambling and sex binges and puts the manic depressive and those around them in danger as the patient engages in risky behavior like driving while intoxicated or believing they can fly. (More on alcohol abuse, substance abuse, sex abuse and other types of addictions here.)

A Manic Depressive During Depression

Life in a depressive state is almost exactly the opposite. Manic depressive symptoms include heavy sadness, constant crying, worrying, guilt and shame. A patient may not want to get out of bed and may sleep for most of the day. The manic depressive loses all ability to feel pleasure, retreats from life and those around them. The depression may include psychosis where the manic depressive believes people are out to get him or her and they may cease leaving their house entirely.

Results of Being a Manic Depressive 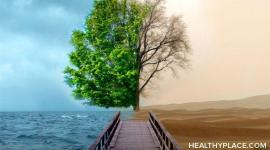 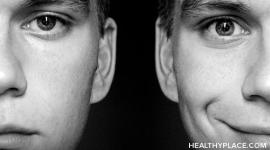