YouTube Can Be Used For Exposure Therapy: Even With Emetophobia

Graduated exposure therapy, also known as systematic desensitization, is a process of slowly exposing someone to what they are afraid of so it become familiar and un-intimidating. First, a person is taught skills in calming themselves that they can use while they expose themselves to the feared stimuli. With the dawn of the Internet (especially YouTube) people can use graduated exposure therapy in the comfort of their own homes (or in the therapy office). 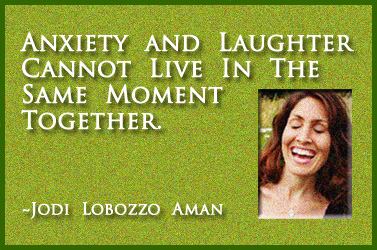 It is hard to get over a fear of doing something, or being near something, without doing it or being near it and letting yourself become familiar with it. Do it? That's the whole problem, I can't do it.

"Can't" is a perception only, not a truth. Watch my videos about going to a restaurant and going out in public. I work with many kids who have trouble going to school and some feel that they have to be comfortable to go. I disagree, they have to go and gradually, they will become comfortable.

Jill (not her real name, of course) had the worst anxiety about throwing up of anyone I had ever met. This fear had been limiting her life for the last decade or so. Her family couldn’t talk about vomit in front of her. A vomit scene in a movie would ruin it for her. She was afraid to get in a serious relationship since she was embarrassed to tell “him”. So crippled by emetophobia, she felt no hope that she could change. She felt completely out of control.

Skills in calming and being in control

Through therapy conversations, I found out that she spoke to herself during these panic attacks “in the back of her mind” saying “This is a panic attack, I have never thrown up during a panic attack.” This calms her down in a matter of 10-20 minutes. 10-20 minutes! That sounds like control to me! This was a revelation to Jill. We also discovered that the last time she threw up (11 years ago) she was nervous, but she remembers feeling “relief after.”

She decided to think about this “after feeling” more to deal with her emetophobia. Coincidentally, between the first and second session, she contracted the rotavirus (the throwing up bug). With her super control powers, she avoided throwing up and didn't become too anxious, even though she passed it around her family and no one else was so lucky. This connected her with even more feelings of control. If she could avoid throwing up, she must not be "out of control."

By our third session, Jill told me that she felt it was possible to get over this fear, “I feel like I can.” She wanted to try to get nauseous or actually throw up, just for the challenge of it. What a change! She is no longer afraid of being afraid, and this makes all the difference.

YouTube Used For Exposure Therapy Can Be A Success 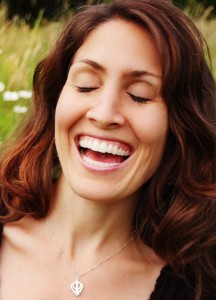 I suggested we watching people throw up on YouTube as a first step of graduated exposure therapy. Wanting to be free from emetophobia. She agreed. We watched the first video (of men on a roller coaster) without sound to ease her in. Throw up sound is one of the worse parts. This had a surprise effect on us. We began to laugh! Laugher and anxiety cannot live the same moment together. We watched another, which was a bit more graphic, and she still felt OK. Then, we watched one with sound. The two of us were laughing so hard, that she forgot her ten years of panic! She planned to go home and keep watching.

I caught up with her months later, and she said that emetophobia never had the same effect on her. That was it!

And for me: I decided to use YouTube whenever a client needed laugh therapy!

Tell me if you ever tried this! What happened?

APA Reference
Lobozzo, J. (2012, March 21). YouTube Can Be Used For Exposure Therapy: Even With Emetophobia, HealthyPlace. Retrieved on 2022, August 13 from https://www.healthyplace.com/blogs/anxiety-schmanxiety/2012/03/youtube-graduated-exposure-therapy-emetophobia

A Tip to Help Social Anxiety: Observe People (Video)
Are the Fears Behind Anxiety Rational or Irrational Fears?
Feel The Fear And Do It Anyway | Anxiety-Schmanxiety Blog
September, 19 2012 at 10:51 am

[...] We feel a rush a pride when we accomplish it, giving us the energy and confidence to try again. Doing it again and again, it becomes familiar and the activity has new memories and association often leaving no room for [...]

[...] who is afraid to drive on the express way. We decided to practice together as part of therapy. (Exposure therapy) Before doing this I asked her.“If one of your children was in the hospital and you were [...]

[...] the level of anxiety surrounding the fear-inducing-stimulus decreases. For those with emetophobia, exposure therapy typically involves watching others experience illness. This is usually achieved through looking at pictures or watching videos. Although some suffering [...]

[...] I need a pick me up I go to YouTube. And I use it with my clients, too. Using Youtube for Anxiety. Here are some videos guaranteed to make you laugh. When you are sad, please watch them and the [...]

[...] scene from Harry Potter is that it is the laughter that finally gets rid of the boggart. Remember: Laughter and anxiety cannot share the same moment together!Fears often run as a video in our head about something horrible happening. We need purposefully [...]

Go "Jill"! I love to hear a success story.

I didn't try YouTube, but when i read on your blog about that, i felt like trying it in connection with insects. Fear of insects and cockroaches. I don't mind seeing them but not touch them. The WORST is killing them if needed.

Yes, it is all about gradual exposure! Good luck!