Anxiety and Feeling Unlikeable: What Can You Do About It? 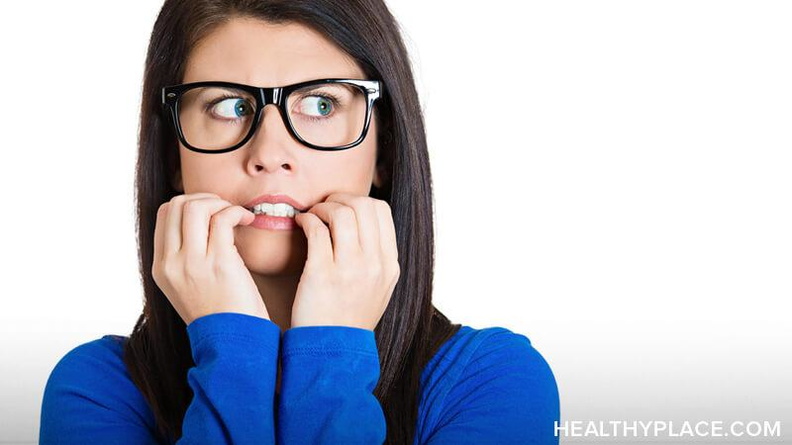 Try as we might, we humans never quite get over the desire to be liked and sometimes with anxiety, we feel unlikeable. Being considered to be socially acceptable holds great importance for us whether we are starting a new job or joining in a game of hide and seek in the playground. Speaking as a person with an anxiety disorder, I tend to meet a person for the first time with the overwhelmingly glum presumption that they will either instantly dislike me or, best case scenario, will inevitably grow to dislike me over time. With anxiety, I feel unlikeable.

Sometimes my anxieties surrounding being liked can be so intense that my mind begins to play cruel tricks on me. I will imagine that I can, literally, feel a person’s dislike of me radiating from them like heat, leading me to feel faint with terror. I will make excuses to leave the conversation, convinced that I am doing them a favour.

This clearly is not a healthy way to maintain friendships and has repeatedly led me to push people away unnecessarily. All too often, I prefer to keep a distance from people, feeling as though it is far better to remove myself from social situations completely rather than be held painfully under dismissive scrutiny (What Is Social Anxiety Disorder (SAD)?). 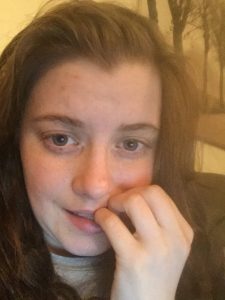 When I take a moment to step back, I can appreciate that my paranoia is, for the most part, unfounded. I am a fairly polite, inoffensive person. Like everyone, there are some people whose views more closely match my own, but on the whole, I am fairly easy going.

However, during the times when my anxiety kicks in, it can be incredibly difficult to think logically. Anxiety can be a viciously cruel critic. It can tell you that there is something dreadfully wrong with you. It can tell you that you don’t deserve friendship. It can keep you awake night after night tormenting you with repetitive, intrusive thought cycles where you become convinced that you are merely tolerated rather than truly cared for.

How To Combat Negative Thoughts About Feeling Unlikeable

There are, however, ways to silence anxiety’s incessant criticisms. The best way that I have found is to work on becoming a self-assured person who is confident of her worth. Try thinking of yourself as a separate person, just as you might with a close friend. Consider three things that you like about yourself and bear these in mind next time that you engage with others. Personally, I try and remember that I am a good listener, that I care about a number of issues and that, despite suffering from mental illness, I manage to hold down a full-time job (Be Less Anxious And Overwhelmed: Celebrate Accomplishments). These don’t have to be enormous, super impressive things. After all, you wouldn’t judge your best friend on how many marathons she has run or mountains she has climbed.

Often, it’s the deceptively little things that can give you that warm buzz of self-certainty and belonging. Little things that remind you to be kind to yourself and to remember that you deserve kindness from others. Becoming self-assured can, of course, be a lengthy process for anxiety sufferers; but it is not an impossible pursuit. Approach conversations with a positive attitude. I know that this is easier said than done. Try and remember that other people feel uncertainty. Other people worry about how they appear. Quite possibly, they are worrying about how they might appear to you.

APA Reference
Banim, J. (2016, March 23). Anxiety and Feeling Unlikeable: What Can You Do About It?, HealthyPlace. Retrieved on 2022, December 1 from https://www.healthyplace.com/blogs/anxiety-schmanxiety/2016/03/anxiety-and-feeling-unlikeable

How to Explain The Burden, Worry And Fear of Anxiety
Four Reasons Why Anxiety and Depression Can Occur Together
Anonymous
June, 27 2022 at 12:13 pm

What if we are just unlikeable? Some people are and maybe I am one of them. I don’t even like myself so why would anyone else. Every time I speak I cringe when I hear myself. I am tolerated because most people are kind but the honest ones let me know the truth.

You call them honest? I think those are people trying to sabotage your feelings. We all have good things about us. These are the ones we offer and we can still develop better qualities not just to be likable to others but also to ourselves. I believe you need to find people that truly see the good in you and at the same time can give you constructive criticism to better yourself.

This is a great article. I feel exactly the same way. I don’t know what to do about it. Sometimes I just want to end it all and take my life. Maybe then I’d be at peace. The ups and downs I go through on a daily bases is tormenting me.

The feeling of unacceptable from others is a ram that worse our self-esteem and self-value, as well. This fact, on the other hand overloaded common daily anxiety and the vicious circle makes round the the coercive picture of anxiety. Your suggestions on the ways to overcome this unfavorable course of any anxiety disorder underlines the improvement of social skills like the ability to be good and careful listener, interested to others concerns, untalkative, empathic etc. These social predictors by you are nominated as bad experience such is the sense of unlikeability from others. Indeed we aren't angels, we are real human creature with innate bad and good features. So, it is advisable to expose and express good ones to increase and improve our social network. Everywhere and at any time, there are people that accept us and have got any need from us. Therefore it should use mindfully this aspect of interpersonal relationships, in order to overcome the sense of isolation and loneliness. Besides this concept, it ought to be active and creative during daily living; it must to do anything small but kind and preferable activity to combat the boredom. We have got many choices in this social live, but it is our personal ability to accept and manage anyone that make us happy and completion.

Very well put. "With anxiety, I feel unlikable"...yes, I feel that exactly. Like why would anyone want to be around me...I don't like being around me! Great article.

Thank you Sheila for your comment! I think that lots of people can relate to this feeling, sadly. It is so very important to remember your good qualities. I'm sure that people like being around you very much. Julia x

I think the anxiety issues and relationships thing can be applied to almost every mental illness. I have bipolar disorder. While I used to be very confident (spoke to rooms of physicians) and had a great life, marriage, and a beautiful son, and all of the trappings that went with it. I was very social and had many friends, I was usually out and about. It was (for lack a better word) perfect. (In my mind anyway.)
When bipolar came in, that entire life vanished. I had already lost so many friends with my previous antics. I had two that stuck with me. Every other one walked away. At first, I didn't mind so much because I was such a mess I never went out. Since I've become fairly stable, I do venture out on occasion, but only with those two friends.
Here's why I don't even try to make new friends anymore. Had a semi-good relationship with a mother of my son's buddy. We'd get together with the kids. I don't even remember how my bipolar thing came out, but it did. She seemed OK, asked a few questions. I felt good walking back home.
What really happened? She actually had "unfriended" me on FB right away, wouldn't my son play with hers anymore, and told some of the other moms about it. It's why I panic if I have to go to his school or sports. I don't talk to anyone there because I don't know who knows. And the worst? I've been so hurt by all of these incidents, I just can't try anymore. I figure, this has happened so many times so don't want to work on a new friendship knowing that eventually I'll be shunned. It's so lonely but I really can't do it. It HURTS. And why would I want any more of that in my life? Ugh.

Anxiety, worry, paranoia have taken hold of my life. Now just add beer to top it off.
I am working at reducing all of it. Happiness with family and friends are my main goals. As we age, what else matters?