When Performance Anxiety Steals the Show 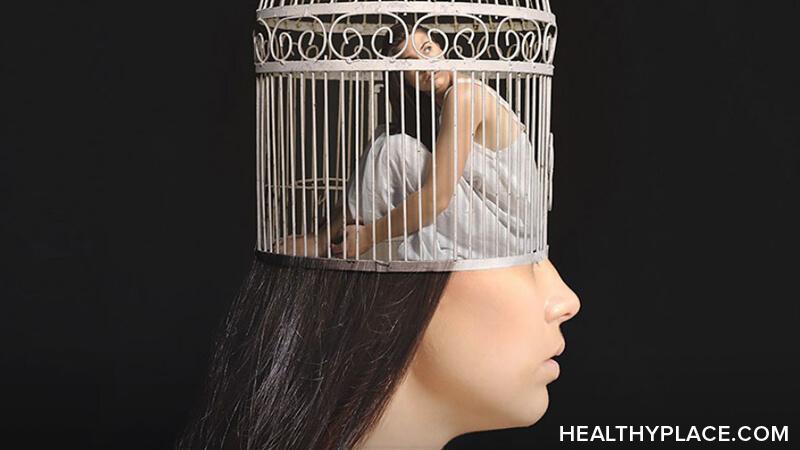 Performance anxiety may prevent me from living my dream of singing professionally. Since junior high school, choir teachers and audience members commented on my anxious stage presence. I loved to sing with other people in unison or harmony, but when it came to solos, I was a nervous wreck. I was the recipient of the “Every Which Way but Loose” award in high school choir because onstage, I simply couldn’t relax and enjoy performing. Performance anxiety was front and center at every concert, and it often stole my spotlight.

Because I was a vocal performance major in college, some students and professors accused me of being a diva. They had no idea how severe my performance anxiety was when it came to actually singing in front of anybody. I used all the traditional tricks for conquering performance anxiety. I would picture everyone in their underwear or stare at a point in the back of a room and try to ignore the crowd. Nothing helped, and my performance anxiety reigned supreme. I would nearly vomit before opera performances, and during concerts, I would appear nervous or shake profusely.

As if having performance anxiety wasn’t enough, a few professors in college dashed my dreams of singing professionally with cutting comments. Once I sang a solo in Handel's “Messiah” exactly the way my voice instructor told me to, even though it gave me extreme performance anxiety. My choir professor once remarked in rehearsal with much disdain, "We aren't here to watch you listen to your pretty voice." So, on top of already having the pressure of performance anxiety, I also felt humiliated.

Another extremely controlling professor greatly increased my anxieties about performing. She kicked me out of a choir when I had the audacity to keep my solo piece in the original key, instead of changing it to the key she wanted me to sing it in. She told me the real reason was that I needed to work on my voice. This woman caused psychological trauma for many of her students, and she was particularly good at discouraging some from continuing in the program. Having her around certainly did not help my performance anxiety.

Performance Anxiety and the Dashed Dreams of a Defunct Diva

These professors didn't understand that performing was both a passion and a burden for me because I suffered from severe performance anxiety. Because they taught me that performance art was unforgiving, I abstained from performing for many years after I graduated. Now, I rarely perform because I do not even like being out with the general public. My anxiety has taken over many aspects of my life and performing is one of them.

I still have performance anxiety nightmares that I am forced to perform without knowing the song I am about to sing. I wish I had been born with a different temperament, but it seems performance anxiety is not something I was meant to conquer. And the dream of singing professionally, even though I have therapy and medication now, will forever remain a dream.

Mindfulness-Based Stress Reduction (MBSR) for Anxiety Treatment
When Should You See a Doctor for Anxiety?
Cheryl
August, 14 2018 at 10:52 pm

Awesome! Writing is much like performing indeed. I started putting myself out there more in the community lately and might even try out for some musicals this fall. There's a local writing project that I might also be getting involved in. So all is going pretty well. Unfortunately my dancing has been sidelined by a knee injury so I likely won't get cast in anything, but I think it's important to continue trying. Thank you both for the comments and your support! I wish you luck in your writing and other ventures.

Thank you! I really appreciate the support - I hope you find success in your endeavours as well :)

Hey Cheryl and Emilie. Thanks to both of you for being open about your struggles as performers with anxiety. I too have battled with intense anxiety, both general anxiety and social anxiety at a cognitive level, which has made it very challenging throughout my life to to perform comfortably and happily. I guess for me it would come in waves..depending on how stressed I was at the time and the types of thoughts that would often plague me depending on the situation and triggers.
I have to say that even though I still face anxiety everyday and as well as when I perform, I am no longer controlled by it. I've used practical ways to manage it including gradual exposure, cognitive behaviour therapy, different acceptance therapies such as mindfulness and meditation, and other approaches where I learned to be aware of my sensations of anxiety. I've learned to face those intense thoughts, feelings and self beliefs and it has been so beneficial to me. I am now helping others face and manage performance anxiety. If you have any questions or need any support please feel free to contact me.

Hi Paul,
Thank you for sharing your story with us. Though I don't "perform" in the conventional sense of the word (on stage, etc.), I do write, and sharing one's writing is, in a sense, a kind of performance. I love writing, but I'm terrified of how my writing will be understood by others. Writing for this blog is, if memory serves, among the first time I've shared something so personal with anyone. It's scary. But I hope that over time, that fear will go away, and I'll be more willing to share even more of my writing, perhaps even outside the setting of this blog.

WOW. Thank you for sharing this story! I was also a Classical Vocal major in University and although I love to sing, I would get SO NERVOUS I would shake and not do as good a job as I had in rehearsal. I always felt so out of place, seeing so many other music student so confident performing. I felt like such a fraud. I rarely sing on my own anymore, just with friends. This rings so true for me. I hope you have found some ways of tackling your anxiety-I also have generalized anxiety in my day-to-day life. Keep fighting the good fight and know that you are amazing and so enough!