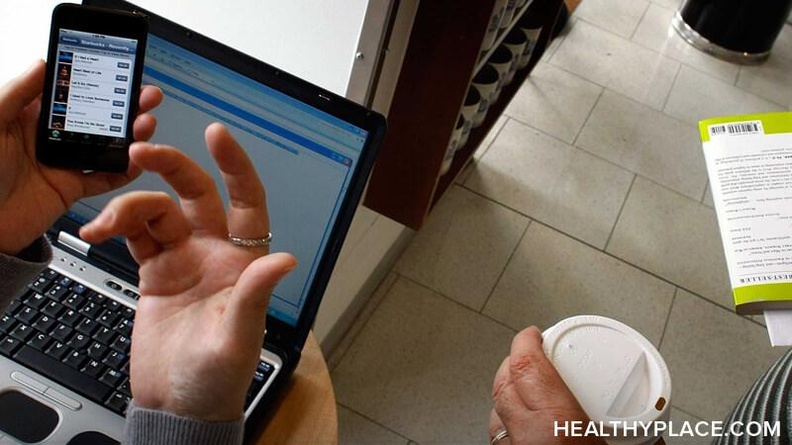 It’s no surprise that I have very real reservations concerning the role the Internet plays in mental health. I’ve railed against social media’s role in exacerbating mental health issues in the past, and I’m still crestfallen that more people are not following my example. But today, I wish to discuss something that’s talked about even less than social media, because, I think, it’s something that most people don’t take seriously: the role memes play in the mental health conversation.

A meme, in the context of this article and the Internet in general, usually refers to an image with an accompanying text caption spread and oftentimes slightly edited by millions upon millions of Internet users. Most memes are humorous in nature and can be about seemingly any subject matter under the sun.1 Mental health is no exception; and while memes can be about any mental illness, the term “depression meme” has taken to include any meme about mental illness, regardless of what it is. For reference, here is a decent, representative take on what depression memes entail.

I want to tread carefully here. When you’re anxious or depressed, or what have you, obviously life can be bleak. Finding humor in an otherwise humorless situation is an invaluable coping mechanism for life, and I would never suggest anyone should forsake humor and live their lives in absolute solemnity. Instead, what concerns me is whether or not the proliferation of depression memes is changing the mental health conversation for the better.

In the past, before I made the executive decision to keep my social media presence to an absolute minimum, I was struck by how many people I knew would post depression memes. Admittedly, I think most memes are stupid and unfunny by default, but seeing them did not make me laugh -- they made me really upset. Here were all these people I care about posting these memes, and they wouldn’t have posted them unless they were feeling terrible on the inside. People who aren’t mentally ill don’t usually post these things.

And what was the end result of the memes being posted? Some people liked them, and that’s it. Nothing ever progressed beyond that stage. No, “Are you okay?” no, “What’s going on?” from the responder, no details of the suffering from the poster. Everything was stuck at this point.

Here lies the problem. Titling this post "Mental Health Memes Hurt the Mental Health Conversation" seems like a mistake in hindsight because it’s clear to me that they aren’t starting any conversations whatsoever. If anything is to get better, everyone involved here needs to change their perspective. The kind of person who would feel inclined to post a meme should maybe make a concerted effort to genuinely reach out to someone and ask for help, and the kind of person who would respond to a meme should maybe ask the person if they’re doing okay. The Internet has the potential to be such a positive force for change – to see it stuck in this stupid cycle of posting and reacting to nonsense is so disheartening.