Life After a Panic Attack or Anxiety Attack 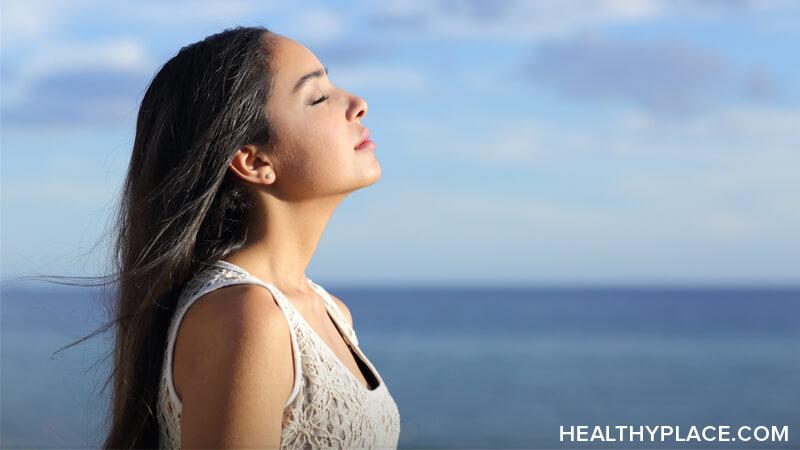 Life after a panic attack or anxiety attack, no matter how intense, doesn't have to be miserable. Here's a look at the lingering effects of these experiences and how you can regain control.

The last post, "Life During an Anxiety Attack or Panic Attack," explored what happens during these sudden onsets of intense anxiety symptoms. These attacks are aptly named, for they feel like anxiety has declared war on us and we are under siege. It can also seem as though we are defenseless, powerless to do anything about these attacks or their aftermath as their effects drag on. This sense of helplessness or hopelessness feels real, but it doesn't represent reality.

Life After an Anxiety Attack or Panic Attack

Once your body systems slow down and the panic attack symptoms begin to subside, life after a panic attack begins. There's room for your thoughts and feelings to expand. Some attend to lingering physical sensations, such as overwhelming exhaustion, weakness, stomach troubles, and headaches ("Symptoms of Severe Anxiety Feel Very Scary"). Because these are vaguer than the physical symptoms during an attack, gnawing rather than sharp and stabbing, thoughts can wander into other territories. Common thoughts after a panic attack include:

It's easy to become stuck in anxiety after a panic attack. While it can feel impossible to move forward, you know you must do so (and this, too, can increase anxious thoughts, emotions, and physical sensations). Quite likely, you want to move forward and grow past the aftermath of the panic attack and anxiety in general. Happily, doing so is absolutely possible. These tips can help:

Breathe. Teach yourself to breathe properly to slow an attack while it's happening, feel better more quickly after an attack, and reduce the symptoms of anxiety at any time. Slow, deep, deliberate breathing reduces blood pressure and heart rate, returns blood flow to your core, decreases cortisol and adrenaline, and helps you feel calm.

Practice mindfulness to calm racing, anxious thoughts. Mindfulness, or deliberate focus on what is around you right now, shifts your thoughts away from the worry in your head to the concrete aspects of the present. Pay attention to the person within you, seek and appreciate beauty, notice pleasant smells, and focus your thoughts on these things.

Cultivate gratitude. Of course, you're not thankful that you had an anxiety attack, nor are you grateful for its effects afterward. Gratitude isn't about pretending to be glad for something awful. Instead, it's a perspective that, when developed over time, helps you focus on the good in your life more than the bad.

Thinking about things for which you're grateful, such as the friend who is with you, a pet waiting for you at home, the fact that the terrifying chest pain you had wasn't a heart attack, and anything small or big that you consider good in your life helps you take charge of your life after a panic attack. With gratitude, you choose your thoughts and focus to pull yourself out of the aftereffects of a panic attack.

Do something active. After a panic attack, it's normal to feel like crawling into a hole and hiding from your thoughts and the world. Giving in to this impulse, though, only intensifies anxiety. Actively doing something, even though it's hard and you don't want to, transitions your mind and body out of anxiety attack mode and back to regular functioning. Take a brisk walk, get back to work, put on some peppy tunes and dance, clean a room, meet someone for lunch--anything active that will help you shift your focus. Oh yeah, and do it mindfully while breathing and then pause to be grateful for it.

Panic attacks and anxiety attacks are all-consuming and threaten to shut you down. Such attacks are events that happen, and you have the power to take back your life after an attack.

I invite you to watch this video to learn five steps to take to feel calmer and centered immediately after a panic attack.

Tags: after a panic attack