Since I’ve started writing for HealthyPlace I’ve learned a lot about what you’re not supposed to say about mental illness. Some classics are the word “crazy” and not referring to oneself as “bipolar” directly.

In other words, I’m not allowed to say I’m a crazy bipolar.

There are many other things I’m not allowed to say too. “Mental health” can only be used in some cases whereas “mental illness” must be used in others. And then there’s “behavioural health” and the myriad of rules around talking about suicide. One could get permanent writer’s block worrying about ticking off some group of people who care about some specific word.

So I have a rule. I do what I want. And I tick off some people. It’s not on purpose; it’s just that if I didn’t, how in the heck would I write?

Because you see, there are reasons why writers phrase things the way that they do and there are reasons why we need more than one way to say one thing. Following all the rules, all the time, waters down writing and makes it toothless. But my writing is about teeth. I want the teeth. I’m the one who put them there.

Ticking Off Groups of People 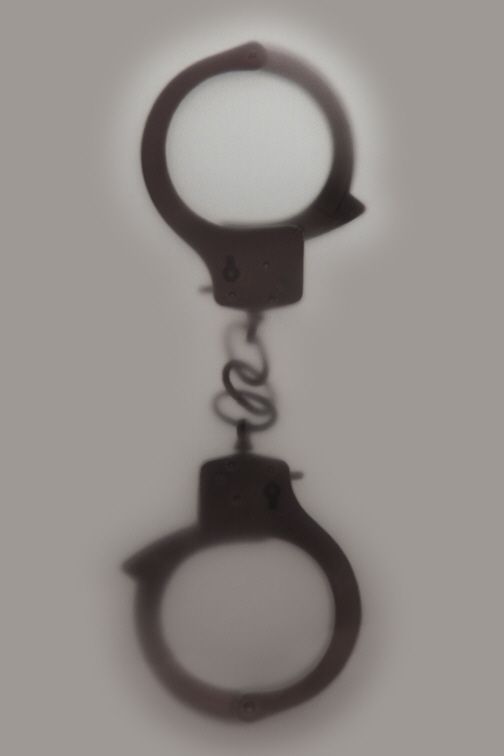 It’s not about ticking off groups of people or about being insensitive either; it’s about freedom of speech. Writers need to be able to express themselves in many ways because writing is art. It’s like taking the red crayon out of the box. No, artists need their red crayons. (And this isn’t about hate speech either. That’s a different subject entirely.)

And it’s about self-identity. I get that some people want to be referred to in specific ways and I try to respect that but that means that I get to identify any way I want too, and if I say I’m a crazy bipolar then there’s nothing wrong with that. It’s just me using the English language in an appropriate manner.

I’ve said this before and I’ll say it again – words don’t give us strength. Words don’t make us weak. Words are just words and it’s what’s behind them that creates an effect.

Yup, I know, then people shout “but what about increasing stigma” and “incorrect overidentification” and I say hogwash. Words don’t cause those things, we do. I can say you are a person with a mental illness and make it sound like a death sentence or call you crazy and love you to pieces. The words aren’t the differentiator, the people are.

If you want to be useful, I recommend actually standing up to stigma rather than standing up against the English language. That is what gives us strength. Not wordplay.

The Bipolar Brain – A Radio Station You Can’t Turn Off
Bipolar and Bipolar Treatment are Moving Targets
Horace Wamplestein
May, 4 2015 at 6:24 pm

Shackled to Mental Health Political Correctness
"How about “I’m batshit crazy.” No reasonable person would object to that description."
"I’m just teasing, Natasha. I really admire the way you can work so hard and write so much verbiage even though your brain is severely damaged with the bipolar. It’s so inspiring. It almost seems like you could be as productive as a normal person. Amazing!" Suzanne Beachy, the grieving mother of a son who was homeless, hungry and living next to a dumpster after she kicked him out of her house. When strangers and the police called to tell her about his plight, she did not bring him home. He was struck by a train and killed.

Yeah, but words are important. I read Lisa's blog and I totally agree with it. She makes some strong arguments.
Words are important. As a writer, you ought to know that and believe it. Instead,you defer to the defense of "it's the speaker." Well, yes, it's that too. But that's only true when someone is speaking.
Words are important, both in speaking and in writing. But in writing, we don't have voice intonation or body language, and often even context. So the writer must be all the more careful about choosing the words. Because every single one counts.

This is an older post, but I think the issue isn't so much PC, but it's people who don't "get it" or aren't in on the joke saying things like this.
About a year ago, I spent a week in a psychiatric hospital inpatient and 4 out-patient. A bunch of us were sitting around the common area and one of the techs walked by as we were cracking jokes about being in "the nut hut". Well, we got a scolding for saying that, even though none of us were offended by it.
Then I realized that this isn't about the person who says it. It's about how it's received by the person who hears it and that is something the speaker has no control over.
This area is rather muddled for me because gallows' humor is one of my coping mechanisms. When you live with a medical condition that has a big impact on your day to day life, sometimes it helps to make totally inappropriate jokes about it. I've known people with cancer who have done this and watched how horrified some people were to hear this (because people with cancer are supposed to be "brave" and are people to be "pitied" and aren't supposed to engage in gallows' humor).
But then it occurred to me that if someone knows that I have depression/anxiety/ADD and they hear me making jokes about it, they think that because I'm cracking jokes, it's okay for them to do it, not knowing that I'm doing it because it helps me cope.
So, I really don't have an answer and I can't really disagree or agree with you, either, because there is such a gray area here.

OMG, I can't believe I didn't paste the link AGAIN.... I have ADD too.... soo sorry for wasting your time http://theviewfromhere1.blogspot.ca/2013/02/my-rant-on-political-correctness.html

Sorry, this is my argument in support of political correctness, inspired by Bederman's article.

I'm mad,crazy, crackers, insane, a loony,and a lunatic, and wear all six tags with pride,what does that make me, i dont feel handicapped, or hurt or tied down, or put down with a name, but i know many who do, and to me that hang up is directly related to the reason they've got real thinking problems in the first place, insecurity, so in effect people who feel hurt by "descriptive names", have hang ups, unless their said in a nasty way, it is what it is, its not sane, it is mad, off beat, not quite right, etc, I mean this blokes got A MENTAL DISEASE, or this blokes a bit crazy, or is crazy, has a thinking feeling problem, id prefer the latter, but either way im still mad :)so be scared trippers.

I can use crazy, but you can't use crazy, especially if you mean it! the whole culture of crazy drives me crazy, but can't we think up a word that is normal in normal conversation, but not an intentional slur when refering to that person picking trash out of the waste basket, with the ugly clothes?

I agree with your article. Aren't we perpetuating the stigma ourselves if we feel the need to tiptoe around certain phrases and words? Like another commenter on here, I am also disabled. Love the looks I get when I am asked why I don't work. Damn it, if we can't talk to people in the same "crazy" boat we are in, who do we talk to?

I have Schizoaffective Disorder (and a bunch of other crazy stuff) and am disabled. When people look at me funny when I tell them why I am unable to work, I simply say, "I am crazy, and I have the papers to prove it!" Most of them have known me since childhood (I'm in my fifties now) and now they know why I have exhibited such odd behavior all my life. I can't change it, so I laugh about it.

I have never talked about my Major Depressive Disorder to anyone, and I see no reason to do so. There is nothing anyone needs to know about it because they can provide absolutely no help, and I do not excuse myself from life because of the malady. I simply just "grin and bear it" when necessary. If I told anyone, it would only bring on numerous questions because of the general attitude found in people that would say "I wanna know, I wanna know". It's only curiousity, and I don't want to be a "curiousity".

I don't know about what you are saying, but I ask you if there was a cure tomorrow for all of your ailments and disorders if you would have anything relevent to say on this blog? You continue to rant about things I don't know what you really are truly believing in and yet things have come full circle and you seem to defend ect. Well, why wouldn't therapists use psychedelics like they did in the 50s and 60s at one state hospital where they healed dozens of autistic and schizophrenic children (children who refused to eat and hallucinating or not interacting or speaking) to full functionality. Why wouldn't a therapist use something like a psychedelic which causes no damage to the cells of the brain before using the very drastic and barbaric method of electric current which can damage brain cells? But anyway, I wish you the best of health and luck in this
Christmas season and I hope we can all be positive, forgiving, and we can all love each other and use love to help us out.

I have a file a home which i call my crazy file, in which i keep all relevent documents pertaining to my mental health. I own that description as other people who name their illness own theirs, I believe that if I own a word than it takes the power out of it if used against me. This was a tactic used in the seventies by feminists and it worked a treat, it is still used as tactic today and good for them that do it. Own your words people wear them with pride.

I'm just teasing, Natasha. I really admire the way you can work so hard and write so much verbiage even though your brain is severely damaged with the bipolar. It's so inspiring. It almost seems like you could be as productive as a normal person. Amazing!

You are my most favorite mentally ill girl ever!

How about "I'm batshit crazy." No reasonable person would object to that description.