Judging Others with Bipolar as Successful or Unsuccessful

There’s just one problem with this: looking at a person with bipolar from the outside only tells half the story (if that).

Bipolar Disorder from the Outside

But most people are not at the depths of illness all the time. Most people are somewhere in the middle of being very sick or very well. And judging these people based on what we see on the outside is rather silly.

Judging Others with Bipolar as Unsuccessful to Make Ourselves Feel Better 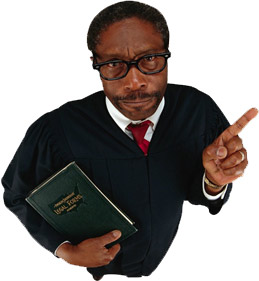 It is a fact that some people want to bring down others to make themselves feel better. For example, someone could say, “Oh, she can’t keep a boyfriend and I’m married so I must have it more together than her.” Or maybe, “He doesn’t have a job but I do so clearly I’m less sick than he is.”

It’s sad when people think (or worse yet, say) these sorts of things. It’s sad because feeling good about ourselves should come from the inside and not from a false comparison on the outside.

And sometimes the opposite happens. Sometimes we look at someone with bipolar disorder who seems to “have it all together” and that makes us feel bad about ourselves. Obviously, this is less than ideal also.

People with Bipolar Are Not So Easily Judged

But here’s the thing, no matter how you judge a person with bipolar disorder, you’re doing it inaccurately and you’re not doing anyone a favor. Because what you see on the outside of a person isn’t necessarily indicative of what is going on in the inside of a person.

A painfully clear example of this was the suicide of Robin Williams. From the outside, he sure looked like he had a great life but obviously from the inside, things weren’t so peachy-keen.

So whether you’re judging others with bipolar to bring yourself up or put yourself down, just stop it. In the end, we’re all the same. We all battle the same struggles and we’re all lurching forward as best we can.

When People Judge Me and My Bipolar

Below I discuss what happens when people judge what they see of me and my bipolar from the outside.

You can find Natasha Tracy on Facebook or Google+ or @Natasha_Tracy on Twitteror at Bipolar Burble, her blog.

APA Reference
Tracy, N. (2014, August 26). Judging Others with Bipolar as Successful or Unsuccessful, HealthyPlace. Retrieved on 2022, August 18 from https://www.healthyplace.com/blogs/breakingbipolar/2014/08/judging-others-with-bipolar-as-successful-or-unsuccessful

Losing a Battle with My Bipolar Brain
Dealing with Down Days in Bipolar Disorder
Laura
July, 23 2018 at 8:46 pm

I looked up the topic of BPs judging other BPs, and this was the perfect article for my situation. In my support group, I've been told by others my struggles aren't as bad as theirs because I have a stable job. It's really hurtful to be shut down by that notion. Thank you for such great insight.

Natasha, I just wanted to say that I thought you looked very pretty in the video. Your red (dark red/maroon) is a very good color for you.
That's all

Great blog. I really don't like the phrase "high functioning." To me, a car engine is high functioning, not someone with an illness. To me, it seems like there is a subtle implication that we're not expected to function all that well, so when we do, then WOW! Just my two cents on a little peeve of mine :).

I was diagnosed with bipolar disorder when I was a 19 year-old college student. I went on to graduate, and later earn a masters degree. I had some stressful jobs and ended up on disability at the age of 38. At the age of 39, I went to work part-time. I feel successful. 5 years later, I'm still only working part-time, but I have done a great job of balancing my work and my life, and I am the most stable I've ever been. I really love my job and I'm happy with my life and my relationships. This is not how everyone else lives, but it is working very well for me.

Wow! This is the first time I have watched a video of yours. Very well done. Clear and concise. And very honest. Didn't know you do one on one consultations. Please send me information, including your fee expectation! One of the hardest things to deal with is being honest with a select few friends and letting them know why you are unable to do certain things. Rejection is a possibility and hurts. I could hide my bipolar from others when I was young. But in my middle age forget it. If it wasn't for my supportive husband I would be a lonely, bitter woman. Not to scare anyone but it is hard. Your articles are very helpful Natasha. Thank you.

Tonya it is truly okay,, you go ahead being yourself,
stay on a program that feeds you
People are mean, also people can be understanding
my whole life now being soon 52 i am forced to stand my guard,, i will not let someone tell me how i should be or act.
I take my medication everyday and i eat well and yes i am single because i do believe i have a different way of seeing things,
I did the best thing close to two years ago i stop all connections with substance abuse the whole gamete..
If we are to be judge by how we are, than who is judging the people who judge us ???????
my motto is i just have to let it go.
And yes my cats three of them are my best friends
cause they truly love me they do not care what i am.
I LOVE THIS BLOG Natasha Tracy you are a kind soul indeed

Hi this Tonya Reynolds I get mad sometime if someone just look at me or say anything to me. I laugh out loud or sometime catch myself crying.

I love your writing and videos! You are helping me so much!