I’m not really sure what brain space is, actually. All I know is that the longer my day goes on and the more things I do (the more writing, the more editing, the more thinking) the less brain I have available to do other things. Yes, energy is definitely an issue (Bipolar and Fatigue -- I'm So Tired) but this brain space thing definitely has impactful limitations. It’s like my brain is a jug and once it’s full of water it just overflows and makes a mess everywhere and then I have to wait for the jug to empty either through rest or sleep (The Importance of Sleep in Bipolar Disorder). And until there is space, nothing gets done – at all.

Because I tend to be depressed, when I have no brain space I feel overwhelmed by the very notion of thinking about something. Even the tiniest thing like vacuuming my carpet (it’s tiny) is beyond my brain. My brain just keeps churning out the warning message, “I can’t do this. I can’t do this.” And heaven help me if I try to push beyond that because not only is it virtually impossible but the price for it the next day is unbearable. 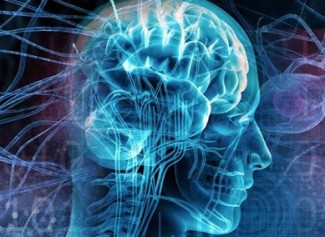 Most people complain about there not being enough time in the day to get things done. I know, I do it, too. But it’s really not a matter of time for me. It’s a matter of productive time. It’s really this thing about brain space. And, for me, finding brain space is generally done at the beginning and, sometimes, at the end of the day (Shift Your Mindset From Scarcity to Abundance and Gain Time).

For me, when I wake up, I’m too sleepy for my body/brain to complain about me forcing it to do things like feed myself and the cats and take medication and so on. So that gets done. Then I start work. And slowly, that’s when my brain space gets eaten up. For me, I know that I have usually five-six productive hours or less at the beginning of the day so if I’m looking for brain space, I have to look first thing in the morning.

Then I rest in the afternoon. I, literally, lie down with my eyes closed and rest because even watching television taxes my space-less brain too much. It’s only after way too much rest that any brain space is created and this means that I can usually do a few small things late in the afternoon.

Your schedule may be different, of course. I hear of many people who are productive at night and not during the day. It seems like a full brain happens to different people differently.

When I talk to others, I, literally, say, “my brain is full right now; I can’t do that.” Most people have a sense of what this might be like because even a “normal’s” brain gets full sometimes. This might happen if, for example, he or she has been studying for a big test for hours and hours. People have no idea why my brain would get full on a daily basis, but at least the notion of it is somewhat familiar for many.

I think the important thing about any limitation, be it brain space, energy, emotion or anything else, is to know your limits and to work within them. As I said earlier, if I don’t pay attention to my limits I will pay for it. I will generally pay for it with ridiculous amounts of time in which I can do completely nothing. So it is better to pay attention to my limits, rest when my body says to, and be productive when I can. It definitely sucks, but it’s what I have learned to live with thanks to bipolar disorder.

I don't allow anything negative to clog up my brain space when I'm depressed. I do what I need to in 10 minute bursts then reward myself with something that keeps out negative thoughts. In my case this is reading but it could be writing, watching docos or films. Then I do another 10 minute burst. It's amazing how much u can do in 10 minutes. I allow myself 15 minutes of 'worry time' a day to look at any thing that absolutely has to be done eg pay bills. Cheers Lynnette

I was diagnosed 7 years ago at age 56 with ADHD and chronic depression. My symptoms are very similar to my friends diagnosed with various forms of bipolar disorder. I teach high school music and have extremely kind and sensitive students. My mood swings are ridiculous, though, and my patience is nil when I am tired. I am guilt ridden after a bad day and my students are way too forgiving. It always seems that there is too much to deal with regarding performance demands, requirements from administration and teaching 230 students. The brain space issue is huge much of the time and I become paralyzed with minimal ability to make even minor decisions. Other music teachers my age are much more adept at doing it all including competently turning in paperwork on time, etc. This seems exactly like what you are talking about.
What is the difference between anxiety and depression caused from ADHD and bipolar disorder?

Thanks for this, it's weirdly comforting that there are other people out there who go through the same things. A close relative told me recently I was lazy, it was so piercing. On a good day I plan so much and take on many things. Then I spend days completely fatigued and unable to function. I know i'm not naturally lazy, I just can't do it. friendly fire always hurts the most though.

Wow! This is so me! Thank you! Knowing the reason may not change anything but it can make coping easier (sometimes).

I totally know what you mean about feeling frozen! I've felt paralyzed in the past, too. And little things being hard? Clipping my toenails was so, so difficult for me during one of my recent low points.

Hi Natasha..also do not get energised by exercise..love and enjoy sport but takes rather than add to my energy levels. Have not heard of modofonil and requested info from my doctor but as you indicate, she is skeptical of tampering with meds that I have worked at getting right over such a long period ( 10 years + ) and function so well on..coming to realisation that part-time work week is probably best solution given lack of treatment/medical answers/research currently available - perhaps 3 days in office, and use the other 4 days to get rest, sleep and residual work but most of all 2 of the 4 days dedicated solely to achieving a healthy social/life balance. Fatigue is a handicap of BP but is just invisible to others but, for myself as a high functioning sufferer and at stage of life (age 47) where I am now and most noticed for last 5 to 7 years + in particular ( diagnosed and onset 16 years ago ) is probably one of the most debilitating side effects of the illness. In my opinion, legislation should be drafted and introduced to recognise and compensate BP sufferers for this additional effort required in the work place when also striving to achieve a balanced lifestyle AND to level the playing field if and when compared with non-sufferers which is by default as standards are tailored and set around performance of non-sufferers..Regards, Sean O' Leary - Ireland

Natasha- Again, thank you so much for all you do. It DOES make a difference.
I am BP1 amongst many other labels, but this has been kicking my ass for quite a while now. I am SO dead dog tired every single day. I would love to be able to set my day around that brain fog. But I have a husband and a small child who think differently. My husband really does not understand depression, let alone BP. He gets so mad if I don't get things done during the day while he's working. I totally understand that I am "baggage" but he doesn't get the whole "not having enough brain space" thing. He just sees a lazy-assed wife. It's REALLY hard with my son- I'm not always emotionally available so to speak. He also has a fairly bad case of ADHD. When we're both in a "swing" at the same time, it's even more exhausting than usual. I feel so defeated some days. And I'm starting to internalize all of the stuff my husband and others say. I *know* that they are uneducated about this, but when you hear it over and over, it starts to stick.
I WANT to be better but I don't know how. I see my pdoc once a month and go to therapy every week. I make sure I follow my med schedule correctly. I guess it's just particularly hard for me? I had a lot of emotional abuse as a child, so maybe that is exacerbating this? Who knows. Today is one of those days I want to quit being BP.

This is such a wonderful post, thank you so much for sharing. I have struggled with depression for over 20 years. Warm greetings from Montreal, Canada.

Life goes by fast. A person just needs to find their 'spot' in this world. Depression and anxiety 'wittles' life away. I can testify to that. Yes, a person needs to declog the brain. When depression and anxiety hits, the brain is filled with clouds--no room for blue skies or positive thoughts. Thanks for article...