What Kind of Control Do You Lose Because of Bipolar Disorder?

Most people think they are in control of their own brains. This is silly, really, as brains are a lump of electrified goo and a biological organ that functions completely without our input. Nevertheless, people do think they control their thoughts and emotions, at least to a large extent. 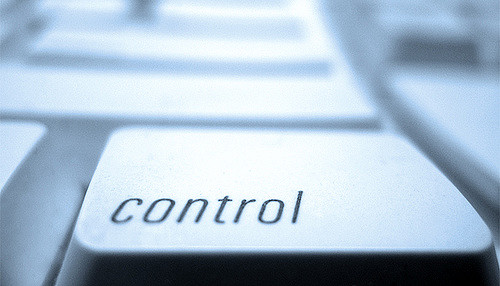 Loss of Control with Bipolar Disorder

This drives me crazy.

Bipolar feels like living in a tornado. You try to grasp something but the winds take it away before you can get it. You try to walk forward but the winds are too strong and won’t let you. You try to mind your own business and just stop and think and, suddenly, the tornado carries a cow which hits you in the head. It feels like there is nothing in this world that is controllable.

What You Need to Control with Bipolar Disorder

Control You Need to Let Go of with Bipolar Disorder

Tags: bipolar and control bipolar and loss of control control and bipolar losing control with bipolar

Medication Side Effects Suck, Why Take Bipolar Medications?
Functionality as the Measure of Quality of Life in Bipolar
Roma Mazza
June, 22 2018 at 5:44 pm

Im trying to get information. I have bipolar and lose my senses i get highly upset. Throw things and at one time I punched my ex in his face at least 3 different times. I can find the answers i want.

JT- I can share my experience with TMS which could be helpful? I have been diagnosed with BP, PTSD, and ADHD. Been living with this for 6 years. My psychiatrist recommended the procedure as I was VERY sensitive to meds and treatment resistant. I was miserable at that time, so after researching TMS, my husband and I decided to try it. Even though it was not covered by insurance at the time. It's not cheap. But I think in many places it is now included as a valid procedure, therefore covered.
Anyway, you sit in a chair that reminds me of a dentist's chair. They put what looks like a helmet on your head. They then map out where the areas of the brain that need treatment, and there you go. All you feel is little "taps" on your temples. The course of treatment time varies for each person. I went every day for a month, except weekends. It can cause headaches and teeth grinding, but is more annoying than anything.
It did not help me at all. From what I learned, it was way more successful with unipolar depression. With my BP diagnosis, I know now that it probably wouldn't have done much anyway.
That being said, it could be totally different by now. Maybe they've made changes to make it work better for patients with bipolar disorder. I would just advise you to do some research on it and see the percentages of success for your condition. And if it is not covered by your insurance, it is really pricey. We paid $11,000 for my round. We didn't have money for that price tag, but we were so desperate that we pulled money from a retirement account to pay it.
I have heard some success stories with it but almost all were for unipolar depression. Good luck if you decide to give it a try!!

This is a great reminder. I am recalling that most of my worst episodes come after a change in routine. Lack of sleep being one of the big ones. I have found that if I go to bed later, I sleep better (except on the occasional 'bipolar' nights where sleep just doesn't come at all). Socializing is another serious interruption to my stability. I need to rest for a day or two or even three after that to recover my routine and whatever stability I am able to achieve. And yet I can't give up socializing altogether. I try to fit it in where it might do the least harm. Thanks for the reminder.

Hello Miss Natasha,
Thank you for all you do. Your courage and insightful words of wisdom for us with BP is a blessing. I have severe major depression disorder with BP1. I am not totally incapacitated. Some days are diamonds, some days are stone. I have to ask you if you have been approached to try TMS therapy by Neurostar. I went to my psychiatrist and I was told that I would not be a good candidate for the treatment because I am not totally incapacitated. My body, now at age 48, is starting to deteriorate (bone, nerve, stamina, eyesight, hearing, (yikes) and I know it is because of all those precious cocktails I have been given since age 19. I no longer can work full time but I work part time with super flex time and hours. What a blessing. I had hoped that TMS would give me the opportunity to at least decrease the amounts of meds that I currently take. Now my psychiatrist would like me to go on lithium. Oh boy. Have you or anyone else in the world of BP and Depressive disorders come across TMS therapy and has it changed your outlook on the future? I wish you all the best and keep up the phenomenal work that you do!! I just wish that my blue wire was not connected to the red wire in my brain, and green to blue. (just kidding) Taake care and WRITE ON!!!

Hi JT,
Thank you for the kind words. Yes, I'm very familiar with rTMS but I can't get it, personally. That said, I didn't think incapacitation was required in order to be a candidate. I suggest you get a second opinion because that doesn't sounds right to me.
rTMS can be quite successful for some people but it needs additional TMS treatments in the future so it's not a one-time thing.
I've written this that you may like to read; http://natashatracy.com/treatment/neurostimulation-treatment/ect/transcranial-magnetic-st… (It is on my personal site and not related to HealthyPlace.)
I hope that helps.
- Natasha Tracy

I definitely have learned that routine and sticking to the same schedule every day is EVERYTHING to me! My mood fluctuations diminish when I am able to keep to my schedule. I do have a big problem when I am unable to get proper sleep though.
Do I stay in bed longer to try and make up for the lack of sleep or do I get up at my usual time regardless? I find that I get extremely upset by getting up later than my regular time but if I get up at my usual time with less sleep, I feel awful. When I get up later I often am so discouraged that I don't get out of my pajamas...