How Can a Bipolar Medication Make You Seem Less Intelligent?

Intelligence is perception, really. You can be very intelligent and come across as less so depending on your manner. Some of this may even be by choice. Some people choose to hide their intelligence for a variety of reasons. If you’re used to certain aspects of intelligence perception, however, such as speed of thought and vocabulary sophistication, then if these things are affected, you may feel like you seem less intelligent. And, in my experience, bipolar medications absolutely can affect things like memory and speed of thought. Sometimes drastically so. I’m not saying this makes you less intelligent, I’m saying it may make you appear so. 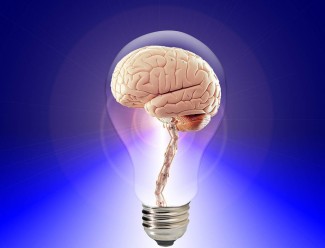 So, I know that my vocabulary is compromised because there are just certain words that I have trouble remembering or have trouble remembering in a timely fashion. I also know that my speed of, well, most things, is negatively impacted. (I’m also dizzy and have less coordination, e.g. bumping into walls, but that’s a whole other thing.) I also know, however, that these effects are lesser at night because there’s less of the drug in my system at that time. This leads to two suggestions for seeming less intelligent:

Of course, if you’re amongst friends, you can always say that you’re feeling slow or less intelligent thanks to a medication side effect. This is something I do all the time.

Wait Out Bipolar Medication Side Effects

The other thing is that this type of bipolar medication side effect tends to be time-limited. In other words, these side effects will go away or lessen once your body gets used to the medication. Granted, this can take a lot of time, but it does happen in the vast majority of cases (no, not always).

Overall, what I think is important is understanding that your intelligence, your true, intrinsic intelligence, hasn’t been impacted. I can understand if it feels like it has, but that’s not the same thing. I can also understand how this type of side effect, if ongoing, can make one not want to take medication. I get this. But I think it’s also important to understand that not all medications are going to affect any given person in the same way. This means not abandoning medication altogether but, rather, perhaps reducing the dose or finding one that works better for you (Is There a Miracle Medication for Bipolar Disorder?).

Check out Natasha's book: Lost Marbles: Insights into My Life with Depression & Bipolar and connect with her on Facebook, Google+ or Twitter or at Bipolar Burble, her blog.

I am so shocked that yours is one of the few results on this topic I got back after googling. I just can't believe this isnt talked about more!! My entire life I was highly intelligent and my IQ always measured arou d 141 and never below 138 (that was just an online iq test so who knows). MY grades were always As and I was in advanced math and always winning awards. When I was 14 I ended up being diagnosed wirh severe depression and anxiety and was put on medication. The medication helped me 1000% and now at age 36 I know I'll never be able to go off of it. The problem is...about 6 months after beginning those meds, my grades started to drop a bit and my ability to understand classes was slightly lower. I chalked all this up to the fact that my lack of anxiety simply made me care a little less about pleasing my teachers and all that so grade drop was understandable. The big problem is that my drop in grades and the fogginess from my meds make me come off as stupid or slow at most of the jobs I've had and its very embarassing and makes me feel like I really am just stupid because this as been going on for over 20 yrs. I still have periods where I feel smart and my parents and certain friends think I am still very intelligent, but in the work place, even when I was a waitress, people have said things to me that proved others someties thought I was actually kind of stupid. They say "this job isnt for everyone" or "i dont understand how you have no common sense" or "i dont know if this is going to work out because you need to be picking this up faster" etc and ive never had a job that required much intelligence, perhaps just skills I didnt have or speed I didnt have due to my meds. That makes it so much worse too when you have a job like being a waitress or nanny or data entry person and people think youre mntally "slow" or dumb. I know that now things take me much longer to grasp or learn and my brain is foggy and I'm confused frequently for no real reason. It is just so frustrating and it seems as though there is no solution. I have been on so so many different meds and every single one of them had this effect albeit at different levels of severity. And the fact that I realize I'm slower thinking now than many other people means that I have anxiety about it and am constantly trying to prove that I am not stupid or "slow" when really I'm just foggy and taking longer to recall information. That makes the problem even worse since I just get "stupider" and "slower" when under pressure or letting someone watch me do a task. A simple activity I could do easily by myself turns into a 9 page math equation as soon as the pressure is on for me to appear "normal" and of at least average intelligence. Like when a coworker is behind me waiting to use the computer and I can feel them watch me over my shoulder. Forget about even being able to do simple addition when that happens. That may be a whole separate problem on its own but it is tied in with this issue of my intelligence, quickness of thought and recall etc. I just wish I could tell everyone at work and everyone around me that "yes technically my iq is very high and my whole life I showed very high intelligence but I am on many strong medications that have serious cognitive side effects like trouble with memory and recall, confusion, fogginess, trouble thinking clearly (most of these are actually listed on my medication insert as possible side effects but in the 90s I dont ever remember seeing these side efects listed anywhere or being told about them) so that these people cut me some dang slack and dont make fun of me or get angry when I have trouble explaining myself or remembering information they are asking me about or not understanding a "simple" concept right away.

What kills me is this is not a topic of coversation w most pdocs. On the other hand, I was with a friend who was getting meds for vertigo. She was told that they would make her "stupid".
We deserve the truth.
Similarly, i was told that ECT would just have short term effects on my memory. Which proved disastrously untrue. (for any of you in that deep dark place, consider ketamine infusions over ECT.)
We deserve the truth.
Here we have a forum for our experiences. Thank you Natasha!

The current problem I'm having along these lines is word recall. For instance, if I want to tell someone that the potatoes are sitting on the deep freeze, I might no be able to come up with "deep freeze" or even "freezer". After being frustrated for a while, I'll say, "The potatoes are on the big white thing that holds food" This gets embarrassing to say the least. Friends and family are used to it.
When I took benzos I felt pretty slow at best. When I stopped taking them (a real PITA even with my pdoc's help), several people told me that the "sparkle was back in my eyes".

Thank you very much for sharing this article. I can certainly relate. I do not have bipolar but I do have BPD and on a number of meds. They often have unwanted side effects such as lethargy and confusion. I think your point about we need to give ourselves a break is very valid. Recovery is a holistic approach and for many of us meds are part of it. There will be good and bad days.
Cheers,
Zee

I have had a lot of problems with thinking straight and remembering things. As a special education teacher, having a good memory is imperative. If you miss a deadline, it could mean a lawsuit for you and/or the school district. My memory (and anxiety) has gotten so bad lately that I have stepped down from being a teacher. I am now an assistant teacher. It is really embarrassing, but the anxiety was so bad, I just fell apart one day at work. I can't stop my meds; so, I will just have to live with seeming unintelligent.

I've certainly been there before, several times at least. I always referred to it as being dumbed down, and I hated it. Came off my meds once or twice because of it too. Thanks for sharing. I've got to look around a bit.