Opposite Rule with Bipolar – Do What Bipolar Doesn’t Want 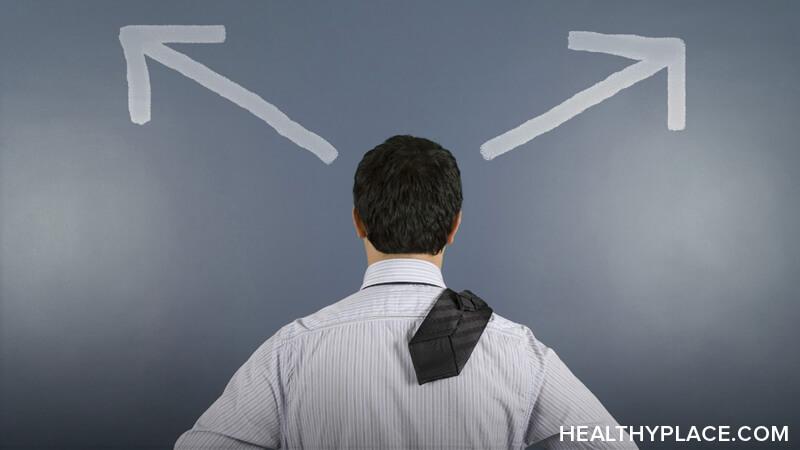 The Opposite Rule Pertains to Bipolar ‘Wants’

Have you noticed that bipolar disorder “wants” things? This also might be thought of as bipolar driving you to do and feel things. Bipolar depression, for example, wants you to stay depressed and will try to make you do things that will keep you depressed. The depression will keep you from seeing your friends or exercising or practicing other self-care methods. These are things the bipolar disorder/depression “wants.”

The Opposite Rule for Bipolar Wants

So, if we understand that bipolar disorder has its own wants and these are contrary to our own, personal wants, then it makes sense that we would fight them. This is where the opposite rule for bipolar disorder or other mental illness comes in.

Simply put: when bipolar wants something – you work to do the opposite.

Please watch this video below where I talk about the opposite rule and its benefits.

The Usefulness of the Opposite Rule for Bipolar Disorder

I find this rule really useful because it takes away the need to think through every decision to the minutest detail. I have said before how bipolar disorder (mostly depression) makes making decisions almost impossible for me, and this rule really helps. If I can just “do the opposite” of what bipolar wants, then I have a direction – and a healthy direction at that. And this is extremely beneficial to a person who is sick and wants to get better. Sure, the opposite rule won’t defeat bipolar disorder, but it’s another coping skill to keep in your toolbox and it’s surprisingly easy once you get the hang of it.

APA Reference
Tracy, N. (2018, March 7). Opposite Rule with Bipolar – Do What Bipolar Doesn’t Want, HealthyPlace. Retrieved on 2023, January 31 from https://www.healthyplace.com/blogs/breakingbipolar/2018/03/opposite-rule-with-bipolar-do-what-bipolar-doesnt-want

People Overestimate How Much Willpower Helps Mental Illness
Bipolar Depression – All I Do Is Try Hard
Becky
April, 9 2018 at 3:58 pm

Doing opposite of my parents helped me raise my children. That’s what the Lord told me when I was seven.All my children graduated university and make $. So now I’ll try the opposite of bipolar two,next. It does help. It’s just doing it is HARD with this disease. I’m tired of this meds or not. It’s so hard I want to die. And I cannot take The mushy brain feeling not much longer.