Why Didn't I Get Treatment for Bipolar Earlier? 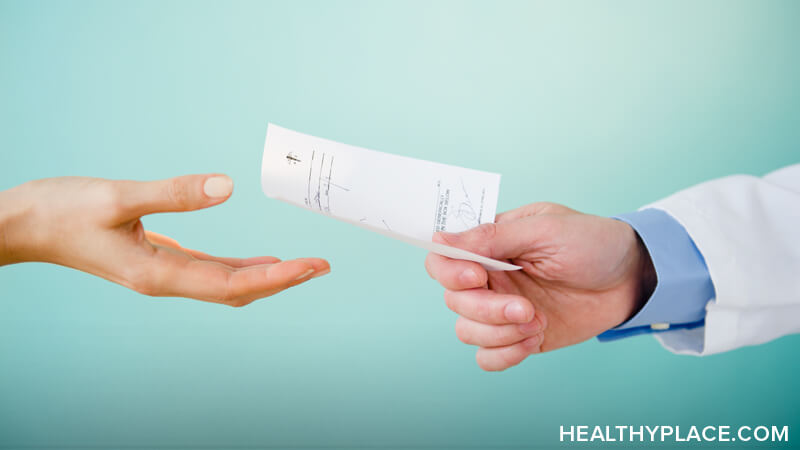 I've had the signs of mental illness in my life since I was a child but didn't receive treatment until I was 19-20; so, why didn't I get treatment for bipolar disorder earlier? This is a question that many people ask themselves, and different people answer it in different ways. One of my major reasons for not getting bipolar treatment sooner involves antipsychiatry.

"a broad movement based on the view that psychiatric treatment is more often damaging than helpful to patients."1

That simple definition is the one that I think describes what is frequently seen online. A more in-depth definition is brought to you by the American Psychological Association:

"Antipsychiatrists contested the scientific and practical validity of psychiatry and radically opposed what they understood as a hospital-centered medical specialty legally empowered to treat and institutionalize individuals with mental disorders. Indeed, many antipsychiatrists argued against the very existence of mental disorders themselves, advancing the notion that they are not illnesses at all but rather alternative ways of behaving that alarm people. They viewed psychiatry as a form of social repression and a means to control deviance, and treatment as a disguised form of punishment."2

I am now a person who fights vehemently against antipsychiatry, but at one time, I probably would have fallen into that camp myself. I didn't really believe in mental illnesses like depression, and I definitely didn't believe in treating them with psychotropic medications. This was how I was raised and what I believed as a young adult.

So, when severe mental illness symptoms started showing up when I was 19, it didn't occur to me even once to see a doctor. I didn't get bipolar treatment earlier because I didn't believe in any such treatment.

I would suggest most antipsychiatry is rooted in ignorance of the science of the brain. Certainly, when I was younger, I couldn't have explained to you what a mental illness was in terms of an illness of the brain. I just didn't know anything about that. I thought more along the lines that mental illnesses, however severe, were psychological in nature and a personal flaw that needed to be worked through in therapy.

And I did get therapy as a teen and then later as a young adult. Interestingly, in spite of all this therapy, I got nothing but worse, and it never occurred to me that this was because I needed another form of treatment -- medical treatment. So, I also didn't get psychiatric bipolar treatment earlier because of my own ignorance.

I believe that ignorance underpins many people's decision not to get treatment for bipolar earlier.

Because really, you have to understand most of the above to walk into a psychiatrist's office and ask for help. I didn't, and it bit me. It resulted in a delay of treatment on the order of years, but it could have been worse. It often results in one or more decades of non-treatment for many people with bipolar disorder. Literally, some people spend 20 years before they get psychiatric treatment for their illness. Ignorance has a huge cost.

People Need to Get Treatment for Bipolar Earlier

The tragic thing is the longer people with bipolar or other mental illnesses delay treatment, the more of a mess they make of their lives. That's just the way of things. You can't have a healthy life or healthy relationships if your brain -- which influences everything -- is sick.

The moral of the story is that if you suspect a mental illness, get an assessment and if treatment is determined to be necessary, get it as soon as possible. I could write 1000s of words on why this is critical, but in short, I wish  I could get the years back I spent pre-treatment. No one deserves to struggle without the best help possible.

APA Reference
Tracy, N. (2021, November 8). Why Didn't I Get Treatment for Bipolar Earlier?, HealthyPlace. Retrieved on 2022, October 6 from https://www.healthyplace.com/blogs/breakingbipolar/2021/11/why-didnt-i-get-treatment-for-bipolar-earlier