Explaining Depression To A Friend

Explaining depression to a friend can be scary and difficult. A couple of weeks ago, I wrote about talking to somebody about depression. Telling family and close friends about your depression has its challenges, but telling friends and acquaintances can have its challenges too – especially when they are people you know from work.

Why would you even bother telling an acquaintance about your depression? What business is it of theirs? Good questions.

Disclosing Depression to a Friend

Recently, I saw an ex-work friend I hadn’t seen in over a year. We bumped into each other at a local second-hand clothing store. An odd place to see a work friend, we laughed at having bumped into one another and asked the typical “what are you doing here?” and “do you come here often?” questions. I asked her where she was working now and asked after her kids and her health. She told me where she was working, her kids were doing well and her health was good.

After quickly weighing the options, I decided to perform an experiment in honesty. 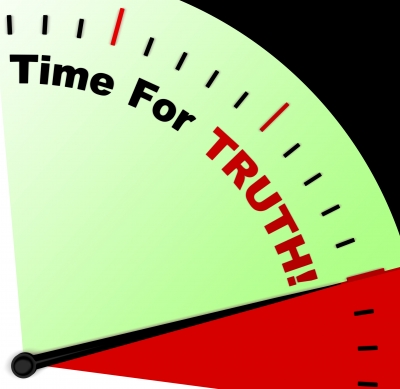 I had never come out and just talked about my depression casually, as though it were the flu or a broken bone. Why not? Well, it’s obvious to anybody who suffers mental illness – you just don’t. In the name of ending the stigma (self-stigma in particular), I decided to just say it out loud.

“Well, I just got over a bit of a bad time. You see, I suffer from depression.”

She furrowed her bow, tilted her head and said, “Oh my, I’m sorry.”

“Thanks,” I responded, then just kept talking, deciding that I would be doing a disservice to my friend if I left it up to her to fill the inevitable silence that would have followed that “I’m sorry”.

I told her about how I suffer from chronic depression and how about six times a year, it rears its ugly head and I get very sad and fatigued and I have no energy… my motivation sucks and I can’t concentrate and I’m generally distant. Several times during my short diatribe, she furrowed her brow again and tilted her head and apologized. I did wonder what she was thinking while I talked but to her credit, I never felt judged or like less of a person.

The experiment was successful… this time.

Telling A Friend I Have Depression Gets Easier With Time

Each time I say the words out loud – “I have depression” – it’s a little easier. It helps (I hope) to educate the people I tell. Mostly, it helps diffuse my own self-stigma and makes me stronger.

Note: You might also want to read: I Told My Boss About My Depression

I have Bipolar Depression, and i have had it for 2 years nearly. I am now in yr 7, and i haven`t told anyone yet.

I just think I should add to this. I am a girl just starting high school in 9th grade and my advice to anyone going through anxiety and depression is to know that it will be hard. I have dealt with my problem since I was in 7th grade and it's hard. I seek my help in God and church family. My youth group knows of my struggle and is supportive to me and makes life a little a little easier. I never have been a girl who trusts many people with major details in my life. I've always been the shy little girl in the back of the class with only a few friends. my advice to you is to make sure you have just one person around your age who you know you can always rely on and tell your problems and how you truly feel and why you just wanna stay in and watch movies instead of going out. I let people know that I am not always gonna have energy and some days I can't bring myself to talk to anyone, but that's okay. You will face many struggles but you have to learn how to be tough and deal with them rationally and find something to take your mind off of life. I know how hard it is but stay strong and learn to live with your problem and never ignore it. It's a part of you! Stay strong and never give up hope! More good days will come after this not so great one! Stay cool and know that God has your back! ;)

Hi Madi,
I love your advice, and I think it's brilliant that you have such a supportive network through your youth group. Depression is never easy, but we find strength in many different things, and it seems that your faith and church family are pieces of your strength. I have no doubt that you are a source of comfort and inspiration to your peers who may also be dealing with depression, as you seem to handle your experience with honesty and grace. Remember to be kind to yourself, and have a great school year.
Tiffanie

Hey, ik it hurts when people say things like that but you can't let that take over your life. Look I'm 15 almost 16 and I have had depression for going on 4 1/2 years its not easy but its a part of you and share your story if nobody doesn't like you for you they never really liked you but just know I love and care for each and every one of y'all show. JUST BE YOU AND DONT WORRY ABOUT ANYBODY ELSE TAKE CARE OF YOURSELF FIRST.. MUCH LOVE

I will tell Sogee. And, yes, we both know we have friends. I was just going along with the doom and gloom. I like doing that."I am so dserpseed.""So am I.""I think I'll be like this forever.""I don't think it'll end for either of us.""Yeah.""Want to go sledding?""That sounds like fun."

Hi, I'm 13 years old, and I have depression and ADD. People at my school have been calling me an emo freak. I don't know what to do.

Hi Megan. Thank you SO much for the absolutely wonderful response to Sash. It was so bang on.
Sash - you hang in there. You are special! You can do it!

it's late so for now i just want to reply to sash a blore - hoping that's ok. my heart really goes out to you, sweetie!! you did something very brave and you got hurt as a result. please, please try to remember that your friend's reaction is only a reflection of who she is; it has nothing at all to do with you!!! your friend (and you) are both still so young. you're both still 'maturing' and finding out who you are and what you believe, etc. i wouldn't be surprised if at some point down the line, she looks back on what happened and is ashamed of how she reacted and wishes she could go back and change it. she's not a bad person, either. i'm not saying that at all. she just didn't know how to handle it - again, because of who she is, NOT because of who you are. I really hope that this experience won't forever stop you from opening up to others. i would be an old lady to you at 51, and i've had major depression and anxiety all my life. trust me, you will meet wonderful people during your life - both those with depression and without - who will love, encourage and support you and appreciate you for all the wonderful qualities i am certain that you have. you are not your depression. you are someone with depression, like somebody else might be someone with diabetes. you have so much to offer the world! we who know what you deal with love you and send you our very best wishes. i have faith that you will come through this all right. don't let the turkeys get you down, ok honey? ;) take good care of yourself! <3

Hi, I told my beSt friend that I had depression when we started to get close and warned her that it would be tough. She now doesn't want to be my friend anymore because my depression has gotten worse. I know that some people can't take it buto it just made me a LOT worse as I viewed her as a sister. I am now alone at school (I'm 14) and whenever I see her I just burSt into tears as it taps a lot into my past .

Thanks! I will try this also.....thanks for the inspiration. MDD does not define me, but, it IS me. Thankfully my hubby kind of understands...he just keeps his distance til I feel better. Yes, and it makes me feel better and stronger to finally tell yet another friend... (Hugs)