Had you asked me three days ago what I had in common with L'Wren Scott, I wouldn't have had a clue what to say beyond our matching hair and eye colors. Now that New York City officials ruled Scott's sudden death Monday a suicide, I have a different perspective. L'Wren Scott's suicide was preventable; her death is a major tragedy. 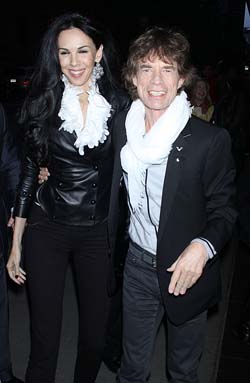 L'Wren Scott lived a life most of us only can dream about: The 49-year-old fashion designer was in a dedicated relationship with Rolling Stones' frontman, Mick Jagger. Her fashion line, L'Wren Scott LTD was worn by some of the the biggest celebrities in Hollywood.

The Internet is full of ideas about why Scott committed suicide, but no one can tell us just what it was like to be L'Wren Scott. We can only speculate on answers to questions her suicide asks:

Why was she in so much pain?

Why didn't she see a way out?

Who could have helped?

What prevented Scott from reaching out for help?

Were there signs or symptoms of a mental illness in Scott that could have been treated?

Suicidal Thoughts Can Be A Symptom of Depression 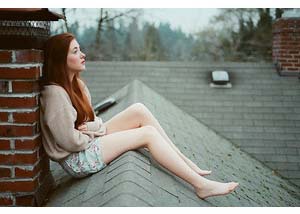 I first experienced uncontrollable suicidal thoughts as a teenager. They scared me so much that I finally reached out for help for my emotional pain. I learned that my suicidal thoughts were a symptom of depression.

Sometimes we can be in so much pain that we can't see all of the options we still have for getting help and support.

If you or someone you love is experiencing suicidal thoughts, reach out for help. You are not alone, no matter how alone you may feel. There is help! There are people out there who know how to help you. Asking for help is the first step to feeling better.

Now that I've moved through my suicidal feelings, I feel so relieved that I didn't end my life.

Suicide is a permanent solution to a temporary problem.

L'Wren Scott was an incredibly talented woman who could have lived another forty years of a rich and satisfying life. Her death has left so many others in pain. This is an unspeakable tragedy.

Let this tragedy inspire us all to talk to each other about the reality of suicide and the hope and resources that exist. (U.S. National Suicide Prevention Hotline 1-800-273-8255)

Depression Can Drain You Of Your Will To Live
Depression Messes With Your Ability to Concentrate
Kristy
September, 29 2014 at 7:24 pm

i don't think we should contemplate the issues of any public figure's suicide because we can not know the full story. We also need to acknowledge that you can reach out many times and sometimes due to failing mental health systems sometimes you are turned away. Also bad treatments can cause suicidal thoughts. I have a problem with SSRI's which make me suicidal. I attempted suicide 2x's on SSRI's. Everyone is different, and getting the right care is a difficult quest. I know people still on a journey to find good care for them. People in Australia are turned away from psychiatric hospitals everyday and seven people everyday take their life. Another thing I learned from being a consumer and carer is suicidal thoughts don't make your life less meaningful. Even the act itself doesn't change who a person was they are still the wonderful person we love and will miss everyday.

"Suicide is a permanent solution to a temporary problem". Mmm I've read that often during this, my latest depressive episode, which is mixed with the grief of losing my beloved husband almost a year ago. Losing ones spouse is not a temporary problem...it's permanent, it's heartbreaking and the most painful experience in my life of almost 60 years. So suicide for me would be a permanent solution to a permanent problem. My previous episodes of depression are nowhere near the intensity and pain compared to this. Now there is truly nothing left to live for. All I pray for is to leave this life...tonight if possible.

Hi Pam,
I hope you're still with us. You're right to say that some problems truly are permanent. I've suffered a lot of trauma in my life; each experience changed me irrevocably. There's no shame in talking about how our loss has shaped us, wounded us, and made us feel so down that we want to die. Please hang on and reach out if you can. There are people who can help you through your feelings, even if they can't bring your husband back. I honestly have suicidal thoughts every single day, but there are moments where I feel truly glad I've kept going. It's worth it, it really is. Check out the helplines and resources on HealthyPlace. I'm thinking of you.
Love Erin

Pam, if your post were not back dated to 2014 I would be certain in my suspicion that you are actually my own mother who is existing the same as you have described above. I'm furiously pouring through all of the articles in hopes of finding SOMETHING to help her. My father died October 9, 2016 after a nearly 20 year diagnosis and battle with congestive heart failure and after effects of several heart attacks and a career ending stroke (he was a vascular surgeon ironically). From their first date at 16 they were a team. And now, 60+ years later her teammate is gone and I notice the lack of a will to live in her. And I don't know how to help her. They as partners, always drove home to us that Family is the most important, that Family is everything. However, my 2 brothers and I and her 7 grandsons (ages 9-23) don't seem to be enough to spark that will now that Daddy is no longer here. Pam, I pray you're still around and found a way out of that fog. And I am praying that you can help me do the same for my utterly heartbroken mother.

Erin
Congratulations on your wonderful website and all that you are doing in this field. You are an incredibly strong and gifted person. Keep it up as I am sure you are helping far more people than you know or could imagine.
Again, congrats. We are both very proud of you as, I am sure, are your mom and dad. Say hi to everyone for us.
Dan Pigeon

Hi Dan!
How wonderful it is to hear from you! Thanks so much for the compliments on both my writing here and elsewhere online. I will pass on the hello from you!
Thanks! Be well,
Erin

Hi Clara!
Thank you for your comment. In my experience, suicidal thoughts stem from a wide range of overwhelming emotions and problems. Often people who commit suicide feel very alone and that can be related to low self-esteem and the inability to reach out for support. I suspect that L'Wren Scott felt alone at the time of her death, but there's no way we can ever know for sure everything that was plaguing her. It's very sad, especially because people are never as alone as they may feel in their darkest moments.

Hi....thank you for your article about L'Wren Scott's suicide
I'd like to ask you, L'Wren was a success woman,she's also a public figure but she committed suicide. From your point of view, was she had a low self-esteem? Because often people who have low self-esteem choose suicid

I have fought suicide attempts and thoughts for 30 years.I did all the anti-depressants which only made the attempts more frequent. I fought the demons and won. It was not pretty. If it wasn't for the endless study of the bible, being honest with myself no matter who it offended, prayer, talking to God and having faith in Him I would dead. There is an enemy out there who does not want God to win your life. He is ugly and ruthless. I know from 30 years of experience. I live to tell. I can tell you this suicide has a lot to do with those around you who don't want to deal with child rape survivors. Might ruin careers which is hogwash. If you face the demons and have the support you will win and save someone else's life speaking out about your own battle. I am sad for Mick who shares my same birthday. He is older than I. I am sad L'Wren suffered. She was in enormous pain under a lot of pressure not being able to be her true self. Just because someone has a successful life doesn't mean they should have to hide the pain to satisfy the public. Prayers to that whole family.

Hi Ginger,
Thank you for your comment. I am glad to hear that you've lived to tell your story of survival. Speaking up is so important! I hope you continue to heal and grow.