How Tunnel Vision Parenting Made Me a Better Mother 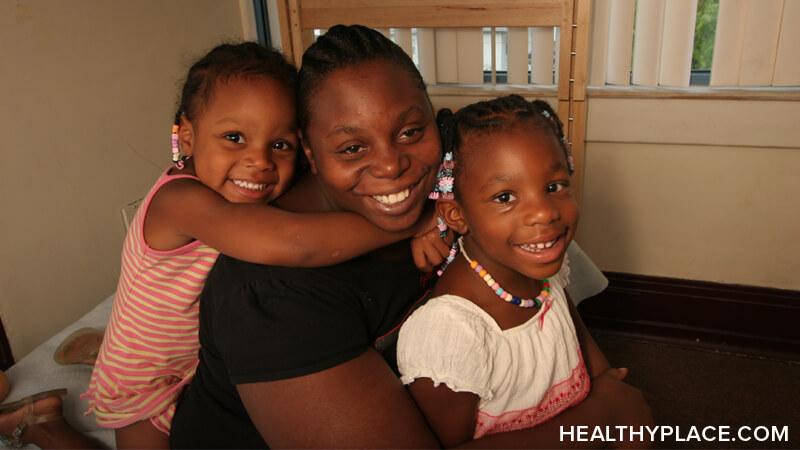 Parenting in public can feel like diffusing a bomb with an audience, no protective gear, and no clue which wire to cut. Make one wrong move, and you risk turning a minor tantrum into a five-alarm meltdown, and what's worse, you risk the disapproving glances and tuts of passing strangers. No parent is immune to the fear of judgment but allowing this fear to dictate how your interact with your child in moments of emotional turmoil can have serious consequences for you and your child. So, I have learned to filter out the looks, the eyebrow raises, and the gasps and made a conscious commitment to start practicing what I call tunnel vision parenting.

Tunnel Vision Parenting Helps You to Focus on Your Child's Needs

Of course, no one exists in a vacuum, and as parents, we have an obligation to raise our children to be decent, productive members of society. We can't walk around with our eyes shut to the world beyond our own family unit and just expect our children to grow up knowing how to exist within society, but that is not what I am suggesting when I talk about tunnel vision parenting. What I am suggesting is that we stop allowing personal embarrassment to affect the way we deal with challenging behavior from our children in public and, instead, focus on their needs, even if that means risking a "scene."

We've all been there. You're perusing the cereal aisle with your kids, weighing up whether they'll notice if you buy the knock-off Frosties and put them in the old box when one of your little cherubs decides to pitch a fit. They've noticed that you have bypassed the toy aisle, and they're not happy about it. You try reasoning with them by saying they have tonnes of toys at home, you try distracting them by recruiting their help with the shopping list, you ignore them completely and walk away, but nothing is working. People are starting to stare. A middle-aged woman gives you a disapproving look as she negotiates her way past your now screaming toddler, and your heart sinks.

In times gone by, I might have picked up my daughter and hurried out of the store, abandoning the shopping entirely while fighting back the tears of shame. But since adopting the tunnel vision parenting technique, I have started dealing with these situations exactly as I would at home.

When children act out, they are trying to communicate something to us, and it is our job as parents to respond to them. So, now, I get down on the floor with her. I tell her that I understand that she is feeling frustrated. I explain why she can't have exactly what she wants right now and tell her that she is entitled to feel upset about that. Then, I say that I am going to continue with the shopping and would love it if she would join me.

I would be lying if I said it worked every time, but even when it doesn't, I am at least satisfied in the knowledge that I have done right by her. I haven't simply shouted her down or given in. I have followed my own parenting instincts (of course, every parent has their own style), and I'm able to look back on that situation without the feelings of guilt and failure which I would have had if I had allowed other people's opinions to influence my behavior. This approach has made me a much more peaceful parent and had a significant impact on my mental health.

Tunnel Vision Parenting Can Make You a Better Friend

Tunnel vision parenting has also made me a more compassionate friend. A friend and fellow parent recently had to deal with the mother of all tantrums from her young child when we were out at a restaurant. She said afterward how embarrassed she was that the meltdown had happened so publicly, but I was amazed by how well she dealt with it. She hugged him through the episode, kept her voice low, and the whole thing was diffused in less than two minutes (although I'm sure it felt like an eternity to her). Furthermore, I made a conscious effort to give her space and distract the rest of the party so she could deal with the situation in peace.

So, while it's true that no one parents as a vacuum, and we all have obligations to each other as members of society, I would suggest that putting on your metaphorical blinkers when faced with challenging behavior in public is a very healthy way to combat feelings of guilt and shame and to support your child through tough moments.

APA Reference
Lear, J. (2021, October 15). How Tunnel Vision Parenting Made Me a Better Mother , HealthyPlace. Retrieved on 2022, August 8 from https://www.healthyplace.com/blogs/copingwithdepression/2021/10/how-tunnel-vision-parenting-made-me-a-better-mother

Yahoo for this brilliant and wonderful read! This is the kind of article that so many parents will read and feel an immediate sigh of relief - it's not just me. The fear of judgement is so common and yet, we often overlook the impacts it can have not only on us but our kids as well. Great piece.