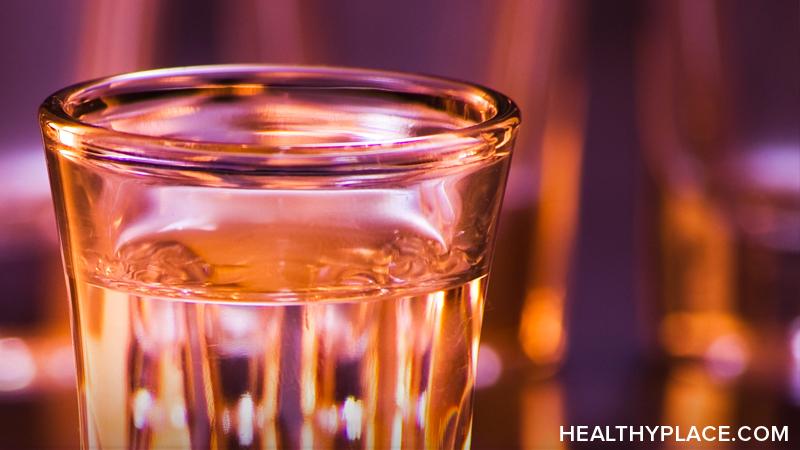 Staying sober with schizophrenia is important to me. Over a year ago, I quit drinking alcohol. I quit because it triggered my schizoaffective depression. I would get hypomanic and I would crash into a depressed mood when the wine wore off. I basically just gave it up one day and never looked back, but I do miss it from time to time. Here’s how I cope with staying sober with schizophrenia.

Why I'm Staying Sober with Schizophrenia

I was never a heavy drinker. Like a lot of people, I just drank a glass or two of wine to take the edge off from time to time. But for me, that “edge” was schizoaffective anxiety that I am already treating with medication. But the function of wine in easing my anxiety was a double-edged sword—I would get depressed and then anxious again as that rosy feeling began to wear off.

So, in other words, it wasn’t helping. It was making my schizoaffective disorder symptoms worse. Also, all my doctors said alcohol was a bad combination to mix with my medication. I am on an antipsychotic, an antidepressant, an antianxiety medication, and a mood stabilizer. It was just not a good idea for me to be drinking.

Temptation to Not Stay Sober with Schizoaffective Disorder

My anxiety has been really bad lately, probably because the holidays just ended. There’s been the temptation to drink. But I firmly equate drinking with a messed up mood, and, for me, that equation is real and correct. I can’t get around that enough to justify “just having one.”

This is going to sound silly, but I have a charm bracelet that I originally got to buy charms for marking milestones in quitting smoking and staying smoke-free. (I quit smoking six years ago in March.) Then, my husband Tom found me a charm of Alice from Alice in Wonderland holding a bottle that says “Drink Me.” We all know Alice shouldn’t be drinking that psychedelic stuff in the bottle. So I put that charm on my bracelet to remind me that I shouldn’t be drinking and to celebrate sobriety. I know that if I drink, I will have to take the charm off of the bracelet and that, honestly, motivates me to stay sober.

Quitting smoking was a different story. I was so addicted to cigarettes. Right before I quit, I was up to two packs a day. Now I’m addicted to sugar. I drink sugar-free soda and use sugar-free sweetener, but I really need to get my sugar fix at least sometime during the day. Usually, it’s a scoop of ice cream at night and, right now, some Christmas candy throughout the day. It sounds harmless, but this is bad for someone on atypical antipsychotics because so many of them, including the one I’m on for my schizoaffective disorder, increase the risk for type 2 diabetes.

So I try to go for a walk every day, and besides, a scoop of ice cream at night plus some candy isn’t nearly as bad for me as drinking or smoking.

Based on how relatively easy it was to give up drinking versus how hard it was to quit smoking and how hard it is to give up sugar, I don’t think I was an alcoholic. But when the rare temptation to drink does come, I just look at Alice on my bracelet and remind myself I don’t want to fall down the rabbit hole of schizoaffective depression.

If you or someone you love is struggling with addiction, visit the HealthyPlace addiction community for information and resources.