Weighing the Costs of Drug Addiction

Addiction comes in many forms. Often when we think of this disorder we think of its impact on the individual. There are many harmful effects associated with addiction: poor health, legal consequences, and psychological problems to name but a few. For most individuals who are in active addiction their lives are ruled by the relentless desire to get more of the substance despite how bad things become. But addiction goes far beyond the problems associated with the individual addict.

Dollars and Cents - The Cost of Addiction

In 2007, drug addiction was believed to impact the US economy to the tune of $193 BILLION (drugree.org). This staggering figure puts drug addiction up among the major health-related problems in America today. The three primary areas affected are crime, health and productivity. 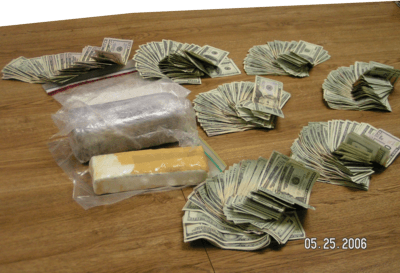 So, are things getting better or worse? If you are old enough to remember the “Just Say No” era of drug prevention then you may be inclined to believe that they’re not. Every day we hear more about how the problem of drug abuse is not going away any time soon. Just saying “no” does not appear to be doing the trick.

Answers to the Drug Crisis

So where do we begin? That’s the $193 billion dollar question and if I had the answer I’d probably be the most famous person in America (if not the world). But….I do have some ideas that come to mind:

These are simply my opinions and are obviously not the only ways to address this monumental problem.

I do believe that we also need to tackle the problem of addiction on a more personal level. For every person who is spared the horrors of addiction there is the possibility of that individual reaching out to another person to help them live a drug-free life. Unfortunately the war against drugs has had, and always will have, many casualties. But if one person can be saved then perhaps we have a chance.

You have some interesting ideas. I'll be watching you closely.
Addiction is placing a terrible burden on our social welfare programs. Dad goes to jail on drug charges or cannot be allowed in the home, and the kids need food stamps, etc.
I see this a lot. You probably do to if you also work with the families of addicts.
As you said, the problem is huge, and the causes and consequences are too numerous to catalog in this post. I just see a lot of families getting royally shafted.

I also feel parents really need to be honest and frank with their kids about the pitfalls of saying "yes" at a party or among a group of peers. Tough stuff!
Karl, I tried a few times to leave a comment on your other article "A Spoonful of Humilty" but kept getting an error message....at any rate...You are a wonderful power of example Karl in many, many ways. So glad all is Okay.