Difficulty Sleeping Relates to Alcohol Use and Withdrawal

Difficulty sleeping relates to alcohol use and withdrawal. Alcohol is actually not a good sleep aid, contrary to popular belief. Sure, it helps you fall asleep more quickly, but can lead to a host of other sleep disorders, such as sleep apnea and sleep walking; plus, when used frequently, drinking alcohol can lead to alcohol dependence.1

In alcoholics, the effects on sleep of alcohol, or alcohol withdrawal, are much more pronounced. Here are some explanations and advice for what you can do in early sobriety to sleep more soundly.

The National Institute on Alcohol Abuse and Alcoholism (NIAAA) released a very interesting article in 1998 on alcohol and sleep.2 In this article, they explained how sleep cycles work and simply stated that they are "controlled largely by nerve centers in the lower brain stem." Alcohol impairs the function of nerve centers and chemical messengers in the brain and, consequently, impacts the body's ability to enter into and maintain a prolonged sleep cycle. 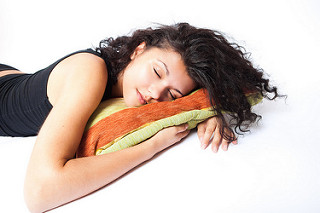 In early sobriety, it is very common for an alcoholic to experience post acute withdrawal symptoms (PAWS). Chief among these complaints is a difficulty falling asleep and staying asleep. I know that when I was in rehab, the quality or amount of sleep we had was all anyone could talk about at breakfast. Then, every night there was a rush to the nurse's station for melatonin tablets.

An herbal sleep remedy, melatonin became my preferred sleep aid after I became wary of prescription medicines. One night in early sobriety, I experienced a hallucination after taking my prescribed sleep aid and I refused to take it again. From then on, I have always chosen an herbal sleep remedy in lieu of an over the counter or prescription drug. Some tease me, saying it is "so California" of me, but any potentially addictive medicine gives me pause.

More on the Difficulty Sleeping Because of Alcohol Use and Withdrawal

APA Reference
Doyle, B. (2015, October 8). Difficulty Sleeping Relates to Alcohol Use and Withdrawal, HealthyPlace. Retrieved on 2021, September 16 from https://www.healthyplace.com/blogs/debunkingaddiction/2015/10/difficulty-sleeping-relates-to-alcohol-use-and-withdrawal