While the Buddhist Recovery Network claims to "not present itself as a separate recovery path in competition with other recovery paths," the founders of Alcoholics Anonymous (AA) specifically discussed the utility of Buddhism in one of their earliest pieces of literature, the Akron Pamphlet:

Consider the eight-part program laid down in Buddhism: Right view, right aim, right speech, right action, right living, right effort, right mindedness and right contemplation. The Buddhist philosophy, as exemplified by these eight points, could be literally adopted by AA as a substitute for or addition to the Twelve Steps. Generosity, universal love and welfare of others rather than considerations of self are basic to Buddhism. 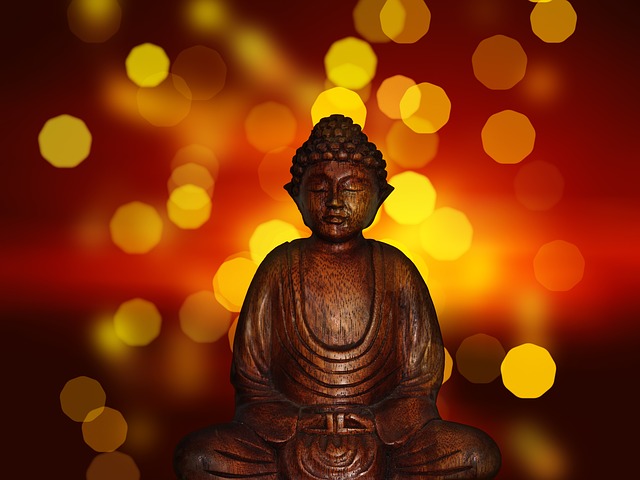 According to the Buddhist Recovery Network's Frequently Asked Questions page, there are a number of ways Buddhism can help someone in addiction recovery. The core issue of addiction and the main challenge confronted in Buddhism is that, "clinging (the foundation of addiction) as the cause of suffering."1 Consequently, the Eight-fold Path of Buddhism which liberates practicing Buddhists from clinging, is perfect for recovering addicts of all kinds.

Similarities Between AA and the Buddhist Recovery Network

If you're familiar with 12 step programs, you will have noticed some similarities between the them and the Buddhist Recovery approach. Mainly, the programs have similar spiritual practices of meditation and believing in a Higher Power. However, in 12 step programs, they often replace "higher power" with "God" which is a largely Christianity-based term. The presence and use of the word drive many people away from the program. Prolific use of this deity in prayers, literature, and wall hangings, spreads the myth that members must believe in "God." However, nowhere in 12 step literature does it say that members must believe in Christianity's God.

The social support network that Buddhist Centers provide recovering addicts is another similarity, closely mirroring the fellowship cultivated within 12 step programs. Even though spirituality plays a big part in both recovery programs, this kinship seems to be the most important ingredient. This is true of any self-help group, and not solely recovering addicts. As humans, we have the need to connect with and relate to one another. We often feel lonely or incomplete without interpersonal relationships. Since addiction recovery is a life-changing and terrifying process, the need for support from peers is magnified ten-fold. There are all kinds of religions and spiritual practices that can be substituted for one another, but there is no good replacement for a support network of people who can relate to your challenges.