Does the Addictive Personality Exist?

Three Routes to an Addictive Personality 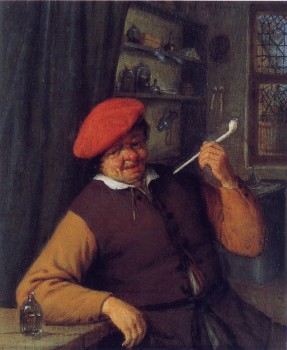 Three different routes to addiction are most common, according to author and former cocaine and heroin addict Maia Szalavitz. In her recent book, Unbroken Brain, Salavitz describes the three common personality types found among people with addiction.

The first, more common in males, is an impulsive and daring personality in which people are likely to take risks and try new things. The second, more common in females, is characterized by inhibition, sadness, and aversion to change. The third personality vacillates between the first and second.

According to Szalavitz, addiction treatment would benefit from a closer examination of the relationship between addiction and personality. My own experience with recovering addicts is that we often take different paths to addiction and have different needs in recovery. Some recovering addicts report a tendency toward thrill-seeking: they love danger, risk and adrenaline. Others discuss always feeling scared, anxious and timid. For that reason, some people find it necessary to pursue adrenaline-fueling activities in recovery, while others find quiet meditation to be the cornerstone.

Although there may not be a singular personality type we can label addictive personality, research suggests some characteristics are more common among addicts. The existence of these traits, however, does not mean a child or young person will necessarily become an addict. The factors involved are complex and not even close to completely understood. Salavitz writes that childhood traits associated with later addiction includes sensory sensitivity and reactivity to emotions. Trauma is also a major factor in many people who develop addictions. But not all people who experience trauma become addicts and not all addicts have experienced trauma.

I Identify With the Addictive Personality

Although it may not be scientifically accurate, I still refer to myself as having an addictive personality. To me, this term is useful shorthand for discussing the interconnected web of obsessive-compulsive disorder, alcohol addiction and various obsessive thinking patterns I have engaged with over the years.

What I mean when I say I have an addictive personality is basically that I have a tendency toward extremes, whether in school, work, exercise, food, alcohol or other mind-altering substances. On the other hand, I am not an extreme person in other ways. When things like social media become too much for me, I am able to take a break from them. I also believe my close relationships with people are quite healthy. Perhaps the reason that I can practice moderation in at least some aspects of my life is that recovery has allowed me to develop better self-regulation. According to Salavitz, self-regulation refers to one's ability to react to oneself and one's surroundings. In all three of the typical personalities described, self-regulation is lacking.

So in my reading of Szalavitz's work, people who develop addiction may actually share some underlying characteristics--such as poor self-regulation and obsessiveness, but the traits are not so numerous as to comprise a distinct personality type. This is important research for improving treatment of addiction. In common parlance, however, I will continue to say I have an addictive personality.

[All statistics and facts in this article are from Unbroken Brain: A Revolutionary New Way of Understanding Addiction by Maia Szalavitz. Copyright St. Martins Press, New York (2016).]

Teetotalers With a Family History of Alcoholism
Setting Limits in Addiction Recovery: My Goodbye to Debunking Addiction
David Roppo
April, 20 2017 at 12:11 pm

I agree with your points in the article, Kira! Im my resercha and work, as an addiction recovery coach, I have found that emotional trauma does play a role. Additionally, I think you poinst about high risk taking and sadness can be connected to emotional escape, which I have also found to be a component.

Nice article! Every thing in this article is right. The person having any addictive personality can be easily recognized. I also have recognize many of peoples among us.

Heroin addiction is a curse to some and a joy for others.I find myself in the latter but in 2016,unable to find heroin anywhere on planet earth.So far.Fentanyl and big pharma with their methadose have co-opted the black as well as the medical markets.It's not a coincidence that methadose and the explosion of Fentanyl were timed together.No addict will go to methadose once the word went out that it was a Fentanyl and not a heroin replacement.Neither drug produces dopamine and is therefore void of the euphoria that is present with opiate drugs.Opioids are now all polluted with substances designed to take the euphoria out.They are all cut with abuse proof substances that do nothing but do damage to the addict.As if addiction,itself wasn't damage enough?Obviously not!