Will I Always Be an Alcoholic? 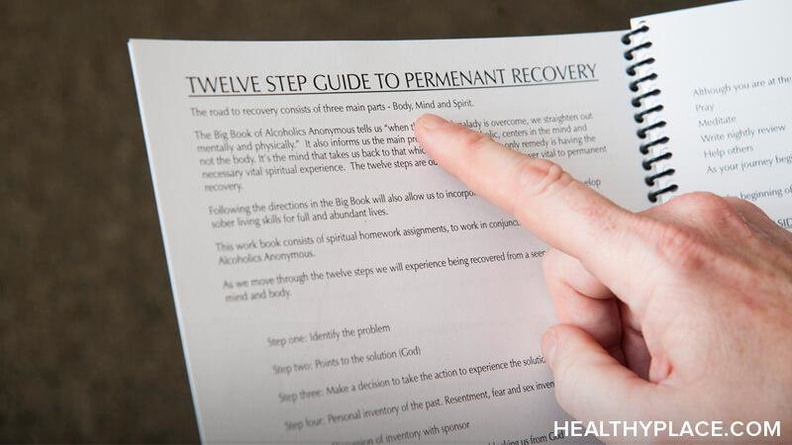 You've likely heard the saying, "once an alcoholic, always an alcoholic." It's the phrase that someone utters when the alcoholic in his or her life goes on yet another bender or relapses after white-knuckling it to stay sober. It's usually said with frustration, contempt, or even worse, pity. I used to hate to hear the phrase, especially in my early attempts at recovery, when I struggled unsuccessfully to stop drinking. To me, it meant that my failure at sobriety was inevitable -- that I would continue to return to the very thing that was destroying my relationships, my spirit, and my life, no matter how hard I tried to control it. Was I just destined to always be an alcoholic?

With every relapse that I had, I heard that saying in my mind taunting me, just as I had heard the people in my life say it about me. It was hard to make an argument against it because it had always held true. Once I started drinking alcoholically, I couldn't seem to stop. It was as though my choice had been taken away and I was fated to live the life of an alcoholic until I died. It was a sad existence that I thought I was doomed to live.

Fortunately for me, and for many other alcoholics, I learned that sobriety and recovery are possible. It isn't easy and it takes a lot of work, self-reflection, and humility, but it's not impossible. It's a process that completely changes just about every aspect of life as you know it, but it is attainable. All you have to do is see all the old-timers at a 12-step meeting to see the proof that long-term sobriety can happen.

So, does the fact that people do attain sobriety mean that "once an alcoholic, always an alcoholic" isn't true and that my thinking (and the thinking of many others) all these years has been wrong? My answer to that is "no." My thinking was not, is not, wrong. The saying is absolutely true for me and it's important that I never forget it.

There are those in recovery who believe they are recovered, that they are no longer afflicted with addiction. That may be, and I would never argue the point with them. But for me, I choose to believe that I am not recovered, that, like a person in remission from a medical condition, my disease isn't active, but it isn't gone. It could easily return if I am not diligent about my health -- physical, mental, emotional, and spiritual. I could once again be plagued with active alcoholism and all the suffering that goes with it.

The difference between me and a person in remission from a disease like cancer is that I have a choice about whether I stay in remission or not. While I have a chronic, progressive condition that I don't think ever goes away completely, I don't have to suffer the symptoms or negative consequences if I choose not to. I can live a new way -- not recovered but in recovery.

After over five-and-a-half years of sobriety, I still think "once an alcoholic, always an alcoholic" is true. But it means something different to me now. The phrase isn't full of contempt, frustration, and pity. It's a simple but important reminder that I am not cured. I am better. Life is better. I am sober and can stay that way if I choose to. But being an alcoholic will always be a part of who I am. And I'm okay with that.

APA Reference
DeLoe, J. (2018, August 28). Will I Always Be an Alcoholic? , HealthyPlace. Retrieved on 2022, November 27 from https://www.healthyplace.com/blogs/debunkingaddiction/2018/8/will-i-always-be-an-alcoholic-0

Self-Awareness Skills Help You Handle Triggers in Recovery
How Addiction Can Lead to Depression and Suicide
Tim Cleal
March, 28 2022 at 7:18 am

"Once an alcoholic always an alcoholic" is not necessarily true every single time. I was a chronic alcoholic went through all the usual stuff - DT's, police cells, hospital wards, suicide attempts etc etc. I went to AA. but when I accepted Jesus Christ AA hated me for it & silenced me lest i "harm the newcomer". I have for the last five years had a bottle or two of beer on Christmas Day/Boxing Day only. It's never extended or appealed more than that. I praise Jesus for this miracle