How Addiction Can Lead to Depression and Suicide 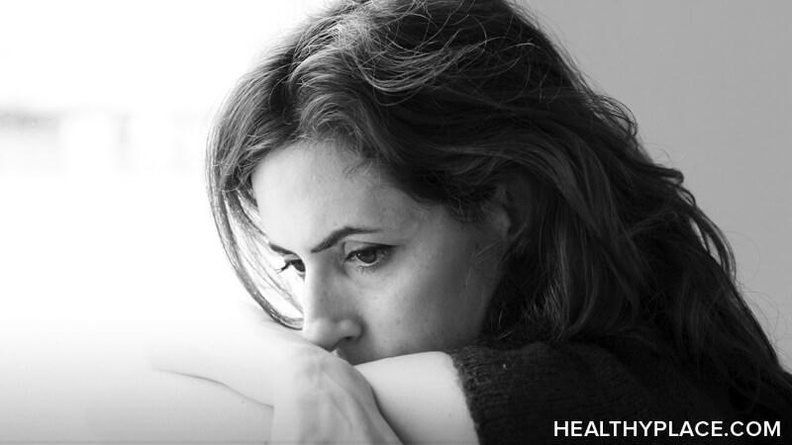 It's no secret that active addiction can lead to depression and that depression sometimes leads to suicide. Many of us who are in recovery suffered from both addiction and depression before seeking help. And, unfortunately, there are many addicts who never made it into recovery because they ended up taking their own lives. The relationship between addiction and depression is bi-directional, which means that substance abusers are more likely to also suffer from depression, and vice versa. This was the case for me during my active alcoholism, and it led me to have suicidal ideations frequently, and even to an attempt to take my own life.

Why Addiction and Depression Often Co-Occur

Addiction and mental illness often co-occur, with depression being one of the most common mental health challenges that addicts face. The link between addiction and depression goes both ways, sometimes the depression comes first and people then drink or use drugs in an attempt to lessen the depression symptoms they are feeling. But depressant substances like alcohol, my drug of choice, only serve to increase feelings of sadness and despair. Other times, the addiction comes first and people experience high levels of depression when the effects of drugs or alcohol wear off or they have difficulty dealing with how their addiction has negatively affected their lives. It really doesn't matter which comes first, the outcome is often the same -- a vicious cycle of using and feeling hopeless that sometimes leads to people finally seeking help but unfortunately, it sometimes leads to suicide.

How Active Alcoholism Led Me to Suicidal Thoughts

When I was actively drinking, I often felt depressed and anxious. I would drink, behave badly, feel guilty and ashamed, and then drink more to escape those feelings. It was a downward spiral of depression and substance abuse that led to feelings of hopelessness and worthlessness. I wanted to stop drinking and get better but I couldn't deal with the guilt and shame that I felt when I wasn't drunk. I had lost relationships, the respect of others, and my dignity. I had negative financial and legal issues that resulted from my drinking and I had no healthy coping skills to deal with them. The only way I knew how to cope was to drink more.

Anytime that I did sober up, my depression was off the charts and I felt like everyone in my life would be better off without me. I made several trips to the local mental health facility when I felt that way and eventually ended up in a psychiatric hospital for a few days. Unfortunately, when I got out, I didn't stop drinking and so the cycle continued. In fact, about a year a half later, after a trip to rehab for my drinking and a sincere attempt to stay sober, I relapsed and took a handful of pills to deal with my depression and guilt. I ended up in the intensive care unit for three days, but thankfully, I recovered.

Getting Treatment for Addiction and Depression

It was only when I sought and received treatment for both my alcoholism and my mental health issues that I was finally able to get sober and deal with my depression in a healthy way. In my first attempt at rehab, I wasn't open to taking medication for my posttraumatic stress disorder, depression, and anxiety. I still wanted to be able to deal with my problems on my own. It didn't take long to discover that wasn't going to work for me.

When I went to treatment the second time, I was desperate to get better and was willing to take the suggestions given to me by my therapist and psychiatrist. I started taking medication and working through my issues in therapy. Fortunately, I was open and honest, and I left treatment feeling stronger and more hopeful and I have been able to stay sober for nearly six years since then.

I won't say that it's been easy. While I have been fortunate enough to no longer want to drink over the years, I have still had to deal with my depression. I have gone through increasing dosages of medication, changing or adding different antidepressants, and more therapy, to maintain my mental health. What I have learned is that dealing with depression is much like staying sober -- it takes willingness, diligence, and self-awareness to stay healthy.

There is life after addiction, even when you still have to deal with mental illness. I am eternally grateful that my suicide attempt wasn't successful. I now lead a fulfilling and (mostly) happy life, I am able to help others who are going through the things that I did, and I have stronger relationships with loved ones than I ever did before. The first step was seeking help and being open to treatment. And if I can do it, so can you.

If you need help with distressing thoughts (including suicidal thoughts), call the National Suicide Prevention Lifeline at 1-800-273-8255.

APA Reference
DeLoe, J. (2018, September 6). How Addiction Can Lead to Depression and Suicide , HealthyPlace. Retrieved on 2023, January 28 from https://www.healthyplace.com/blogs/debunkingaddiction/2018/9/how-addiction-can-lead-to-depression-and-suicide

Will I Always Be an Alcoholic?
8 Reasons Teens Experiment with Alcohol