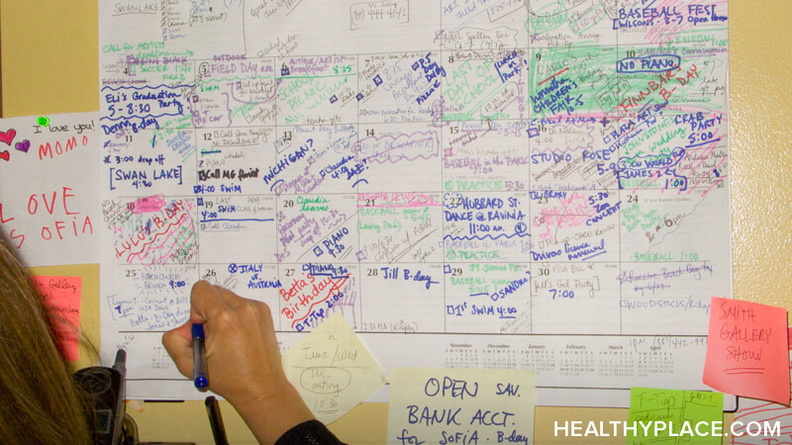 A common misconception is that apart from medication, there is little someone diagnosed with adult attention deficit/hyperactivity disorder (ADHD) can do to maintain what passes as order in their life. While it certainly feels like that from time to time, it is simply not the case. There are some things an adult with ADHD can do to stack the odds in his or her favor.

ADHD and Productivity Are Not Exclusive

Once upon a time, I mistakenly laughed at the idea of carrying a day planner or taking notes. It was ludicrous to me since I was hopelessly disorganized by nature and lacked the ability to carry out such tasks. Flying by the seat of my pants had worked for me so far, and I had gotten pretty good at improvising.

Additionally, I had come to accept subpar results. For instance, I was thrilled to receive a letter grade 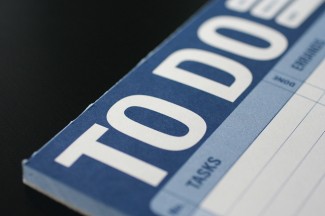 of “C” or “D” (in grade school, a “D” was hardly cause for celebration, but it was considered passing) despite putting in double the effort of my peers. It wasn’t until nursing school when things were sink or swim that I got serious about using every advantage I could find.

When I began implementing the following tips, I noticed that I got more done and things seemed less frantic. They are definitely worth a try.

I was the king of losing things: my keys, my phone, my homework, my shoes. You name it, and I could lose it. By having designated spots for my keys, phone, shoes, school work, and whatever else I could lose, I managed to hold on to all of that for just a little bit longer.

This tip only works if you consistently use the same place for each thing though (Trying New Organization Strategies for Adults With ADHD).

By carrying a planner, you can jot down appointments, due dates, phone numbers, and whatever else you might need to remember. Don’t make the mistake of assuming you’ll remember something because it’s important; the important things are usually what I forgot first (How to Declutter Your Desk and Help Your Bipolar Mind)

Note: if you put stuff in the planner, it only works if you check the planner daily. I formed a bad habit of opening my planner only when I needed to put something in it. Needless to say, I still missed appointments and deadlines.

3. Set a schedule and establish a routine.

I had to accept that I was a person who required a routine if I wanted to appear marginally put together. To me, routine equaled rut and tedium, so I avoided it like the plague. But a routine also meant that I could establish normal sleeping patterns and get breakfast. By scheduling things like exercise and homework, I ensured they got done, and became more effective at managing my time.

Note: it’s important to stick to the amount of time budgeted for an activity – timers are helpful.

4. Put down the cell phone.

The nemesis to my productivity was, and always will be, the cell phone. I used to keep it beside me as I studied or worked and found I got less done. Every few minutes I would stop to check my email or look something up on the internet. I never fully focused on the task at hand. Eventually, I put my cell phone in another room while I worked or turned it off completely. The world continued to spin even though I wasn’t at the ready with my cell phone 24/7.

I became a compulsive note-taker, and just so we are clear, note taking takes practice. I shunned the notion of taking notes for a long time due to my perceived difficulty with listening and writing simultaneously. My first couple of outings with note taking did not fare well at all. My handwriting was illegible and I found that I had been focusing so much on writing that I didn't listen to what I was writing, so I had no idea what the lecture was about. It took some time, but I eventually was able to develop my own code for my notes all the while listening to the instructor.

Additionally, my compulsive note taking gave me a good reason to buy post it notes, which I love.

How to Let Your Adult ADHD Out
Adult ADHD and Preventing Impulsive Emails
emily
August, 16 2014 at 3:27 pm

Thanks for the tips. Getting an iphone (my first smart phone) changed my life. I am so much more organized and all of my lists are in one place. And there are a lot of good list and reminder apps.