Why Analysis Paralysis Is Common for People with ADHD 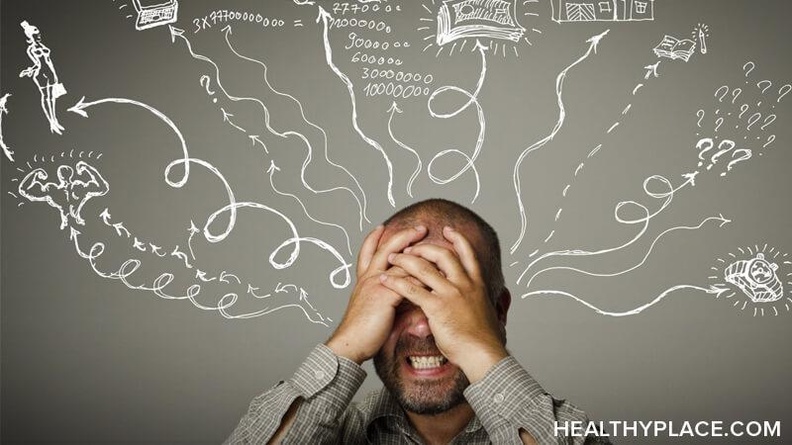 I'm an overthinker. I always have been. Even minute things like what color shirt I'm going to wear or which book I want to read have caused me to waste hours of my life. My inability to reach a decision has gotten better as I've become a better planner and figured out an organizational system that makes sense for me. Still, there's one thing that helped even more: a diagnosis of adult attention-deficit/hyperactivity disorder (ADHD).

When I was officially diagnosed with ADHD, I went down the research rabbit hole to find out as much as possible about the condition and its effects. I started working with a therapist specializing in ADHD treatment, and I asked my psychiatrist about specific symptoms. Much of what I'd considered "wrong" with myself wasn't due to laziness or being unmotivated, I learned; these things were symptoms of ADHD, and, more importantly, they were treatable.

At some point, I came across the term "analysis paralysis": the inability to make a decision due to overanalysis or overthinking.1 Analysis paralysis can happen to anyone, especially someone in overwhelming circumstances, but it's especially prominent among those of us with ADHD.

How ADHD Leads to Analysis Paralysis

Attention-deficit/hyperactivitiy disorder affects our executive function, meaning skills such as memory recall, emotional regulation, alertness, and focus are significantly disadvantaged. Prominently, an impaired executive function also affects skills relating to organization, prioritization, and motivation to begin a task. Many adults with ADHD struggle to create effective plans for completing tasks, leading a lot of us to procrastinate or create high-pressure situations as a method of self-motivation.2

Decision-making relies heavily on skills of executive function. When making a decision, we're required to process the information, retain it, visualize all potential outcomes, and think about the consequences of each possible choice. Decision-making relies on focus, memory recall, organization, planning, and finally, motivation to follow through on the decision. Thus, when faced with a decision, adults with ADHD must first overcome the hurdle of an impaired executive function impeding their ability to reach a conclusion.

And the more severe the potential consequences are, the more paralyzing decision-making can be.3 Picking a shirt color, for example, realistically won't carry any substantial ramifications. So, while I might get lost in thoughts about myself at a nice dinner in a salmon shirt compared to a burgundy shirt, it ultimately doesn't matter either way in the end. Eventually, I can break through the paralysis because the toll on my executive functions is relatively tiny.

Inversely, deciding on a college or career path — two things with long-reaching effects — is much more challenging. As more potential future scenarios pile on, the brain's executive functions spread thinner and thinner until they shut down entirely.

How to Manage ADHD and Analysis Paralysis

Thankfully, analysis paralysis is an impermanent condition. Eventually, something comes along that forces our hand, but I think most of us would prefer to avoid any extra anxiety and worry when we can.

A few techniques help greatly with decision-making in ADHDers, including writing a list of pros and cons, talking through your options with others, and giving yourself a deadline.4 However, there's a component of ADHD that we often think of as a detriment but can, when properly utilized, actually benefit us and power us through indecisiveness: impulsivity.

While analytical planning and critical thinking are helpful for making long-term decisions, they ultimately don't do much to propel us into taking action. Sometimes, gut instinct prevails in this regard, and putting some of our faith into that instinct eliminates many of the million possibilities we've been trying to work through, reducing the number down to a more manageable degree.

ADHD isn't a handicap; it simply requires us to live our lives in a non-standard fashion. We have to play by our own rules, and sometimes that means letting our brains handle things the way they're wired to.

APA Reference
Harvey, A. (2022, January 18). Why Analysis Paralysis Is Common for People with ADHD, HealthyPlace. Retrieved on 2022, June 25 from https://www.healthyplace.com/blogs/livingwithadultadhd/2022/1/why-analysis-paralysis-is-common-for-people-with-adhd