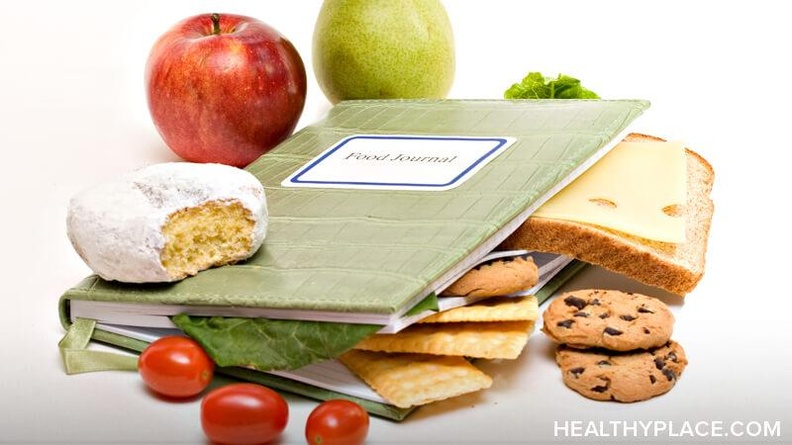 Trying new foods and eating disorder recovery went hand and hand for me. For years, my eating disorder had me believing that there were only a handful of foods that were good and the rest I needed to avoid like the plague or I'd gain weight. However, this thinking was holding back my recovery.

When my bulimia was at its worst, there were only a few foods I felt comfortable eating: gluten-free toast, light cheese, protein supplements, and plain salad. That's it. Those were the only foods that I considered safe.

The problem with this mentality is probably obvious: by limiting my food intake so severely, not only was I nutritionally compromised, but I was gearing up for a binge on all the sugar, high-fat foods that would provide the easy energy foods my system craved. This was indicative of the cycle of bulimia as I came to know it: starve, binge, purge, remorse, repeat.

The cycle ended when I started introducing new foods into my diet. It was a desperate leap of faith at first, and I made it work with the assurances of a registered nutritionist. I added foods like coconut oil and avocado to meals, which was difficult because I, like many others, thought of fat as something that was bad even though I logically knew there were healthy fats.

I also began to eat more fresh fruit, which I'd always thought was too high in sugar. Again, my rational mind knew that there was a huge difference between natural sugars and processed sugars, but I could not believe in this logic. Eating disorders are not logical diseases, after all.

I didn't add dozens of new types of food at once. I began with a few additions every week and all of the additions were standard, healthy foods. However, eventually, when I saw that the addition of new foods made me feel mentally and physically better, I began to incorporate more and more foods into my diet--and some of the foods weren't health foods. Admittedly, they weren't exactly junk foods either.

I began enjoying some natural black licorice on occasion, as well as some Medjool dates and some dark chocolate. I remember breaking off a couple of squares of dark chocolate to have with my tea one night and marveling at myself and how far I'd come. I was eating chocolate and I wasn't feeling guilty. I couldn't believe it.

It took years to get to where I am now. Last weekend, my firstborn turned 10 years old and I had a slice of his double chocolate birthday cake and a huge scoop of frozen yogurt. I don't even eat cake on my own birthday, so it was a major milestone for me. I was amazed to feel no remorse about the treat. I did, however, feel some sorrow that time was passing too quickly and I'd wasted so much time worrying about things that didn't matter.

I may not always eat cake at my children's' birthdays--I have four kids and believe in respecting the way I am feeling in the moment. Still, if I do feel like indulging in different foods, it's nice to know that these days it's less of a challenge and more of a pleasure.

Was adding new foods to your diet part of your eating disorder recovery? Share your experiences in the comments.