It’s become common-place to hear of a celebrity publicly acknowledging having a mental illness (Famous People With Mental Illness). Most people would view this as a positive step in the right direction toward the goal of eliminating the stigma surrounding mental illness. But others, myself included, believe that some of these disclosures are actually counter-productive and could even be contributing to mental health stigma.

Do Celebrity Mental Illness Disclosures Truly Help the Cause? 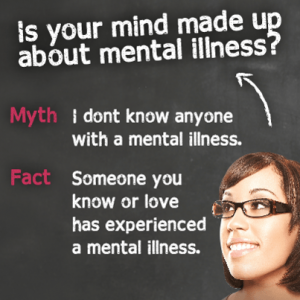 Take for example a celebrity who opens up on a late night talk show about a recent battle with depression. They spent a week at a private, likely posh, mental health clinic, got access to the best doctors and therapists that money can buy and were whisked back into the ‘real’ world cured and ready to appear on national television (Celebrities and Mental Health Stigma).

But that’s not what depression is like for the average person. A more accurate portrayal would be: they had a battle with depression. The depression worsened to the point that they started missing work. They eventually lost their job, as their boss did not view depression as a legitimate medical issue. Having no way to support their family, they began to abuse substances and children’s services got involved. At the point of contemplating suicide, they are admitted involuntarily to a state-run psychiatric hospital.

Of course, that example is a bit sensational, but I used it to make a specific point: celebrities and ‘ordinary people’ do not suffer mental illness in the same manner due to the gargantuan financial differences between the two groups as a whole.

Financially, there is no comparison between the two groups. Of course, money doesn’t buy happiness but neither does being so broke that you can’t feed your family. In terms of job security, the two groups are worlds apart. Most celebrities would not even worry about their career being affected by a personal disclosure. If anything, their publicist might encourage it, so that they could show their compassionate, down to earth side.

Don’t get me wrong. I’m not saying celebrities shouldn’t be disclosing their own battles with mental illness (Celebrities with Mental Illness Who Made a Difference). But I think the real progress in stigma reduction is going to be with more ‘average’ citizens deciding to become public with their triumphs.

I’ve already taken the plunge and laid out my struggles for the world to see, so now it’s your turn. Tell your story, loud and proud.

The world needs to hear it.