Quit Faking It! What Society Thinks of Mental Illness

I came across this survey from 5 years ago that nearly knocked me right off my chair.

“In a 2008 survey conducted on behalf of the Canadian Medical Association, nearly half (46 per cent) of those polled believed that mental illness isn’t always “real” but rather an excuse for poor behaviour and personal failings.”

I consider my home country to be at least moderately progressive when it comes to mental health but these staggering statistics speak for themselves. I would love to hear the numbers elsewhere in the world, but I would assume that they would be similar. 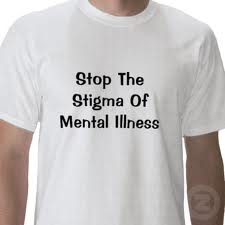 Is Something Real Even if You Can’t See It?

This begs a whole slew of questions, but for now I will focus on what ‘real’ means. As I struggle to wrap my mind around this statistic, I wonder if people are having a hard time viewing it as ‘real’ because it is impossible to see. It’s not like people with a mental illness walk around with a cane or have a seeing-eye dog. They look like everyone else. But just because you can’t see it, it doesn't make it any less real than a physical illness.

Mental Illness as an Excuse

Regarding the point of it being ‘an excuse for poor behaviour and personal failings,’ I can at least see where they are coming from. Just like anything else in the world, there are people who will use a mental illness as an excuse. However, this is likely a very small percentage of the population. Those that I know who suffer from a mental illness never use it as an excuse.

I work with a population that suffer from mental illness and also know many people in my personal life who suffer. More often than not, they use their diagnosis to propel them to do better. To strive for more. To help others.

Not to get out of their obligations.

There will always be people in the world who use mental illness as an excuse. But they are the minority. People with mental illness don't have 'personal failings' that make them weak. They have a biological, psychological and social condition that we, as a society, are terrible at treating but excellent at stigmatizing against.

The Forgotten Victims: Parents of the Mentally Ill
Depression in Disguise: Men Who Suffer
shirleen
May, 31 2014 at 9:12 am

Thats because they have never lived with it or know someone who does ! I have lived with it for many years and i wish it was not real.... i believe in God... the worse thing to do to a person who suffers with mental problems is saying its not real. We need the love and support of family and friends.. i dont use it as a excuse ! I live with it. Rather you believe or not, dont judge what you dont understand. The greatest gift you can do for someone you know with this illness is educate yourself before you get so opionated so you can help.... not judge. BE KIND....L

I would love to quit faking it! It would save me so much on doctor's visits and meds!
Jesus, "sane" people piss me off to no end!

I too struggle with depression and mental illness. There is a treatment available that not too many people know about. It is called brainwave stimulation. You can find out more about it on brainstatetech.com It has done wonders for me and it is my mission to tell people about it! Please check it out! :)

[...] I spoke of last week, nearly half the population view mental illness as some sort of personal weakness. I would wager [...]

my nextstore neighbor saids I am coping it out makes me sick he calls people in authoity and it makes me angry and I like to find a way to get even with him, but never do

I get tired of people who don't take care of themselves physically or mentally telling me just to put my illness aside and get on with life. If I "keep myself busy enough" my symptoms will all just disappear on their own. I've heard that "medication for anything from mental health to physical needs is a crutch" and that "mental illness can be cured by believing in God".
I have tried going off my medications- things get worse and I cannot function. I'm busier than most people I know and the added stress actually makes my condition worse. I do believe in God. My God helps me live with my condition and understand and have compassion for others who are struggling toward mental wellness.
I find more and better friendships amongst peers who are living with mental illness or who have family members struggling with it than the general population. They are slower to judge, quicker to offer support and patient as all get out.
When will society wake up and realize that mental illness is a physiological problem and not a life choice? I've lived with some form of mental illness my whole life. It didn't become a problem until extreme prolonged stress sent me over the edge.
Like a person who has a heart attack from prolonged stress or develops diabetes. The symptoms may be there early, but without proper treatment and care, stress seems to activate certain physiological changes that, unchecked, lead to disease.