Looking back on my younger years, my early 20s to be exact, I recall life being so different. My most significant worries were breaking up with, yet again, another boyfriend, choosing which nightclub to frequent with my girlfriends for the weekend, and what bikini I was going to wear to the beach for the approaching summer season. There were barely any worries as I was an avid social butterfly, and made new friends everywhere I went, and most especially I never had a problem being social.

My Social Life Turned Upside Down by Mental Illness Stigma

As I was diagnosed with bipolar disorder in my mid-20s, it felt as if my social life had been destroyed. Upon being released from the hospital, I vowed never to drink alcohol again as I was on medication. I had always had a drinking problem anyway, so I decided to ditch the bottle and brave the world without it. Nothing remained the way it had been before the hospitalization because now I was sober and bored. I once tried to go to a nightclub, sober, with a few friends from work, and this was when I realized 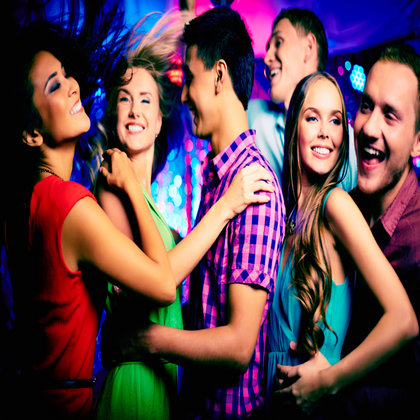 that things were never going to be the same. This confident social butterfly sat in the corner, and barely said a word. I felt stigmatized as people asked me what was wrong with me, and where was the fun Andrea? I felt paranoid and weird from the illness, and even had my earliest experiences with mild psychosis in a nightclub. The lights were overly bright, I was paranoid, and the party around me was extremely annoying and overwhelming; I could no longer take it and I went home in tears. Subsequent to this experience, I realized my social life had indefinitely changed, and I had to find new ways to have fun, and even new friends, as all the ones that I had were all avid night clubbers. Frankly, I just stopped partying, and I realized that as mental illness had changed my life, it would also change my lifestyle.

Initially, I had a challenging time trying not drink due to my mental illness, but today after many years of practice, I am pretty darn good at it. Currently, I am more social than ever. I have learned that I do not need to be drunk to have fun and I do not have to live up to other people's expectations; I just have to be me, and if I'm going to be happy, I actually have to be social. When I started medications, I felt bored, and, personally, I even felt like a boring person. It was as if I had nothing to contribute to any conversation, but eventually things slowly changed.

Drinking and Partying with a Mental Illness

If you still want to party and drink, consider there are many benefits to not doing so. I recognized that I no longer had to worry about leaving my car at the bar parking lot overnight. I saved a heck of a lot of money, avoided dreaded hangovers, and, eventually, I had to come out of my shell and find out who I actually was and face a life without the guise that alcohol provided. People are often taken aback that I do not drink, but, frankly, with their common response of, “good for you,” it seems they secretly envy the fact that I have the strength to say no. I still feel a little stigma when faced with this situation, but instead I shrug it off now and know I am making the right choice.

There is another factor to consider when heading out for a night’s event, and that is your internal clock. Bipolar medications work best when taken on schedule, and so does your brain when it comes to going to bed on time, and that does not mean at 2:00 A. M.. Once in awhile, people will question my choice to leave earlier than most, and urge me to stay out late with them. It may mean that I leave a little earlier, but it also means I get a good night’s rest and do not have to worry about having a lack of sleep and feeling terrible the next day. My medications are taken right on time and you don’t miss out on much when you leave early anyway. I focus on the things that I enjoy doing during the day. And remember, your real friends will support your healthy choices and, importantly, you will learn who they are over time.

What matters most is that you make those healthy choices for your own well-being, and trust that even though things may seem a little boring after the party is over, you can create your own world and especially your own happiness. I have learned that my social life is not dependent on a bottle of alcohol, nor a ridiculously late night out at a club. Things have certainly changed for the better and I know I have changed as a person, and maybe you just have too.

Power must be given to the people. The oppressed are the poor, the poor are the mistreated. The mistreated are the ones lacking unity within themselves. We must delve into the unconscious to unify ourselves and our planet. This is a work in motion.
Www.curementalillness.wordpress.com

Hi Paul R.
By asking about tips on having an enjoyable social life, perhaps I can help. After I became sober I had to really get to know myself. That actually meant spending some time alone at times and then other times being with other people. I don't do the same things I used to do and define my social life differently now. Why go to wild parties and clubbing anyway? I mean, if you really think about it, that scene can be hollow, depressing, and shallow. That is just my opinion anyway. I just found new friends because I was not clubbing and still wanted to date and socialize. I soon did things out of my element, attended conferences, workshops, visited markets, had quiet get-togethers with pals and found an entire new way of life. You just need to explore other options to have fun and trust me eventually we all leave that party scene anyway! Good luck! Andrea

I haven't had a taste of alcohol in eight years. Don't want it and don't need it. The stigma endures for as long as you're alive. Best to keep the brsin disorders to yourself. It is possible.

Congrats on being sober. I was the same way but haven't been able to be the social, enjoyable person I used to be. Any tips for how you went about that? Maybe my social life was alcohol and I was along for the ride. I've never been sure. Thanks for the info.