Sometimes even mental health advocates suffer self-stigma. There’s a lot more to advocacy than meets the eye (It's Critical to Be an Advocate for Those With Mental Illness). It’s not just standing up and saying or writing some words and expecting everyone to believe it – it’s about living the words, too. The challenge that comes with being a mental health advocate is that it creates an image or expectation of how people will see you. A mental health advocate's self-stigma can be a problem.

Most mental health advocates share their personal stories and more often than not, from a place of distance from their time of struggles; I know I do. In many ways, it’s easier to speak about things that I’ve had a chance to reflect on because I can give it that 20/20 hindsight clarity. So when I’m trying to share my story of how I’ve overcome my struggles when I’m suddenly struggling again, self-stigma does come into play (Living with a Mental Illness and Self-Stigma). 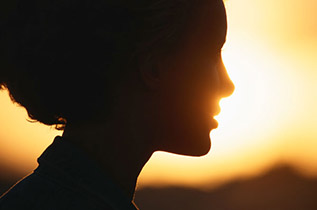 Self-stigma takes shape for me in terms of mental health advocacy by making me feel like a fraud when I start struggling again. Because I so heavily emphasize how a good and full life is possible even though I have mental illnesses, when the struggles come back – whether it’s the darkness of depression or a wave of anxiety that makes me want to stay home and take a break from life – it feels a bit disingenuous because of how much I say it is possible to push past the struggles and still live.

This probably goes for anyone who struggles with mental illness. Maybe you’ve been talking to your friends or family about how well you’ve been doing lately, so when it all comes back again, you become hesitant to shatter that reality. Unfortunately, that’s the way mental illness works though; it comes and it goes like a tide (Relapse: Mental Illness Relapse and Recovery).

The Reality of A Mental Health Advocate's Self-Stigma

Just because I’ve learned to live a happy and healthy life with my mental illnesses doesn’t mean that the illnesses themselves are inherently different. It doesn’t mean that it’s suddenly all sunshine and roses and they’ll never come back or that they suddenly behave differently. Like most things in life, mental illnesses come in varying degrees of intensity and severity, which causes different challenges for everyone who feels them (Bad Brain Days And Depression Intensity).

As a mental health advocate, I know I should embrace these varying degrees and be honest and open about them. One thing I’ve learned from writing about mental health and from sharing my own personal story is that people tend to appreciate candor. Letting ourselves be vulnerable is hard, but it shows just how human we each are and it gives us a real look at what illnesses feel like.

Shedding the self-stigma as a mental health advocate is another challenge in and of itself, because, while it can come from outside influences, it’s also from a lot of internal dialogue. It’s from my depression telling me I’m no good or my anxiety telling me I’m a failure. It’s from any of my mental illnesses getting even slightly out of control and threatening to take over again.

And maybe these are the times I should be opening up the most considering one of the most detrimental and deadly aspects of mental illness is silence.

Get Support to Overcome the Stigma of Mental Illness
Mental Illness Stigma and Relationships: When to Be Honest
Wendy Love
August, 9 2016 at 8:51 am

This is insightful. I have never thought of it this way before.
I know what you mean about feeling like a fraud if you have adown spell when you have just been preaching about all sorts of successful methods to achieve depression recovery.
You are also right that readers appreciate candor.
I confess that I don't respond positively to blogs that whine about the details of their depression. It just doesn't seem productive. Maybe I am just too proud to go that far. Actually, reviewing the symptoms can sometimes even make me feel worse.
And yet having said that, I probably don't 'whine' or 'share' enough when I am down. I might seem more human and believable it I did.
As a writer I just can't seem to find that balance... yet.