Remove Success and Failure from Our Mental Health Vocabulary 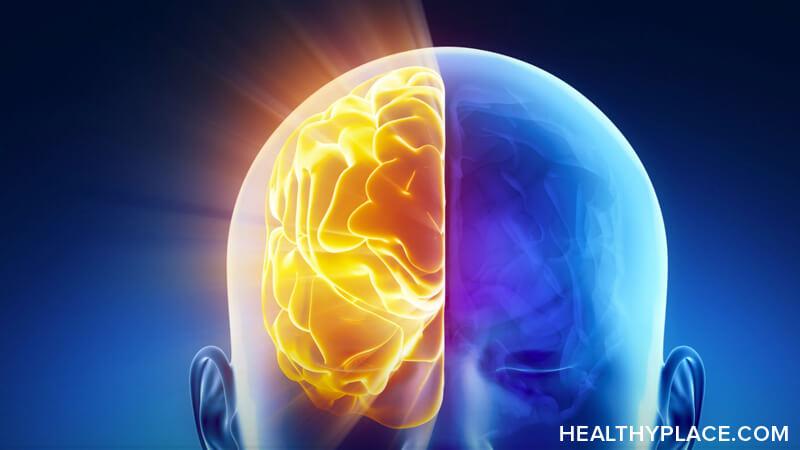 Success and failure are pretty common words in our everyday lives and they’re also prominent in conversations about mental health. When we see someone in recovery of any sort, we say they’re successful; we do this with ourselves, too. It’s often only when we’re acknowledging our own mental health recovery progress that failure comes into the mix. We feel like failures if we can’t succeed like those around us; we feel like failures if we have setbacks. It is because of that that I feel it would be better to remove the words success and failure from our mental health vocabulary.

Years ago, I wrote a blog post on Tumblr about celebrating the small accomplishments because they can lead to bigger victories, and for the longest time I’ve held onto that idea. But as I see more and more people in the mental health community say they’re feeling like failures when they have a bad day or when they have a setback, I’m reconsidering. While I absolutely think people should be proud of their accomplishments and how far they've come, when we have that dichotomy where people think badly of themselves because they’re having a bad mental health day, I think we need to reconsider how we talk and think about it both for the sake of others and ourselves.

Instead of saying we’re succeeding or failing, let’s instead rejoice the good moments and progress we've made, but when the bad moments and what feels like setbacks come along, let’s try to understand that it’s just a part of the mental health process. It’s not good, it’s not bad, it just is. It’s not because of a defect, flaw, or lack of effort on our part; it’s not because we’re bad people or undeserving (Mental Illness Myths and the Damage They Cause).

Think of it like another chronic illness. For instance, I have chronic ankle pains because I have tendons that are too short in my ankles and legs; that’s the way I was born and sometimes I have huge flare ups of pain and other times I don’t. It just is. Likewise, with depression for instance, sometimes I have huge flare ups, or bouts, of depression that kick me in the butt. Again, it just is and that’s just the way my brain is. It’s not because I’m a failure or because I didn’t do enough, it just happens (Bad Brain Days And Depression Intensity).

Changing Our Use of 'Success' and 'Failure' Could Lessen Stigma

First and foremost, the rhetoric of failure mostly turns in on ourselves and creates painful self-stigma. If we’re able to remove the word "failure" from our mental health vocabulary and understand that sometimes we’re just going to have bad days, we take the blame off ourselves. I think when we do that, we also don’t feel as bad, but more importantly, we can recognize what self-care practices we might need to implement while the lows surround us.

In terms of outward stigma, when we understand mental illness just is and sometimes sucks, other people’s words can have less impact because we can recognize them for what they are: ignorance rather than a reflection of ourselves or something we should internalize.

I’ve said this multiple times throughout my articles, but, ultimately, the only people we can control in terms of response and reactions are ourselves. Even the smallest changes can make a big difference, so let's stop using success and failure to frame our mental health recovery experiences.

You Don't Look Like Someone with a Mental Illness
How to Talk About Mental Health With Loved Ones
Dr Musli Ferati
August, 12 2017 at 11:19 am

Mental illnesses unlike other somatic diseases are invisible and intrigued helth conditions, that have got many dangerous and unpredictable consequences if they didn't treated by appropriate psychiatric protocols. Beside this clinical characteristic they are chronic and should managed long time by ex[erienced and well educated psychiatric team, where clinical psychiatrist is the first fiddle. In addition, the course and evolution of any mental illnes is associated by spontaneous remission and exacerbation that provoke many misunderstandings and misconceptions in public opinion. These three remarkable features of mental pathology incites sinister vocabulare on mental illnesses and mentally ill patient, as well. Among them the words success and failure are the most disputable ones. As you distinguished mental health is tghe continuum between absolutelly mental inability and excellent mental condition, and the mission of current psychiatric treatment is to improve the level of global mental welfare and to increase daily life functionality. In this context, the common use of the atributive term successor failure is inadequate and unfit with the real nature of any mental entities. Further more, they are contradiction with the subjective and objective parameters of mental health statement of respective psychiatric patients. The real and exact parameter for the psychiatric treatment and management of any mentally ill patient is the level of global life functionality and the indes of self esteem and self confidence during daily social life in respective social network. Otherwise, we would face with opponent and ambiguous conceps, which ones couldn't explain thorougly the mindful psychiatric treatment of any mental disorder.

I think this is incredibly insightful. "where people think badly of themselves because they’re having a bad mental health day, I think we need to reconsider how we talk and think about it both for the sake of others and ourselves." -- this is an incredibly important point to make. This kind of language is so commonplace but you make a great point about the dichotomy that it creates. I appreciate the alternative language, all wonderful suggestions.

Hi Lizanne. As always, thank you for your thoughtful comment! I'm glad that my pieces get you thinking and make a difference, and the English Lit major in me loves how you take a quote from my blogs and explain your thoughts on it. :) Thank you again!