What Is Privilege's Role in Overcoming Mental Health Stigma? 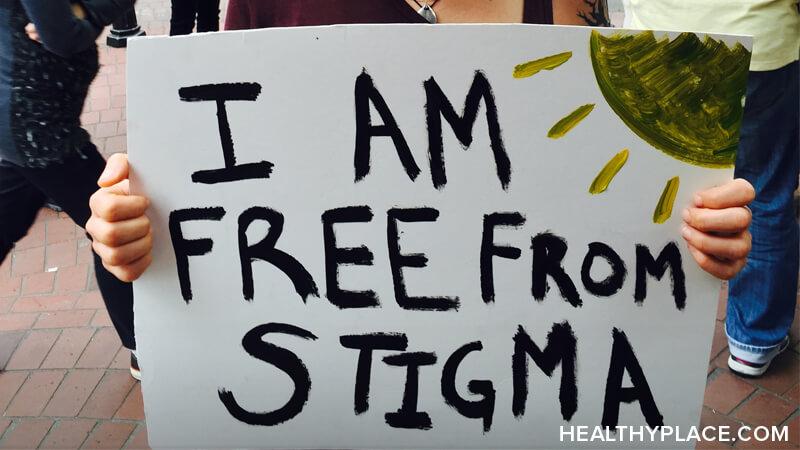 What Is Privilege and How Does It Have a Role in Overcoming Mental Health Stigma?

"a right or immunity granted as a peculiar benefit, advantage, or favor."1

With this in mind, it might be a bit clearer already how there are a number of positions of privilege that could determine whether people have the opportunity to overcome mental health stigma or how difficult it is for them to do so.

I've been writing a lot about overcoming mental health stigma because I feel like it's something I've largely achieved. When I sit back and examine this feat, however, I can see how my being a White female in Western society probably had a role in that possibility for me, especially since there's a pretty vast space for me to safely and openly talk about my struggles as well as mental health stigma.

On the other hand, I've seen how people aren't always comfortable with talking about mental illness or mental health stigma because of their cultures, where they live, and even the color of their skin. There are also different sources that touch on this same sort of idea of how deeply ingrained ideas of mental health from different parts of society impact mental health stigma.2,3 While every person and his or her circumstances are different, it important to recognize that these factors can create even more barriers or strengthen existing barriers, such as limited access to mental health resources, to overcoming mental health stigma. ("White Privilege and Mental Illness")

Having the ability to be open about my mental health struggles had been one of the catalysts in my overcoming stigma. When I say being open, I don't even mean only talking about these issues, but being allowed to live with them. While I would often chalk that up to having a solid support network, I don't think it's reasonable to say that's the only reason that I've been able to do what I have, even if it does play a big part in it.

Sure, I may have been shamed for my mental illnesses, but I've never faced the kinds of repercussions that others see because of the perception of mental health in their cultures, for instance. That's not to downplay the impact of stigma that I and others like me face, but because I don't have extra cultural weights on me, privilege arguably played a role in how I've been able to overcome mental health stigma.

Personal struggles aren't a competition, but it's vital in examining mental health as a whole and stigma along with it that we recognize all that factors into how we cope with and overcome them. Taking a deeper dive into privilege's role in overcoming mental health stigma could help us understand the obstacles we each face and, in turn, help us overcome them. I know there's a much bigger conversation to be had about privilege and mental health, and I encourage us all to have it.

It's so important for us to have these kinds of conversations. Privilege and stigma are, interestingly, two things that we can very easily misunderstand or think don't reply apply to us (or others) but when we have these types of open conversations we are able to see that the implications of such things can actually be much farther reaching. I think you make an excellent point about your ability to be "open" about your mental health and how for many even this is a struggle. Thank you for sharing!

Hi Lizanne! I feel like it's been a while since you've commented and it's great to see your name again. I hope you're doing well. :) I'm glad to hear you enjoyed this post and you're right about how both stigma and privilege are misunderstood. Hopefully, we can each start having more conversations about these kinds of things to gain a better understanding. Take care!