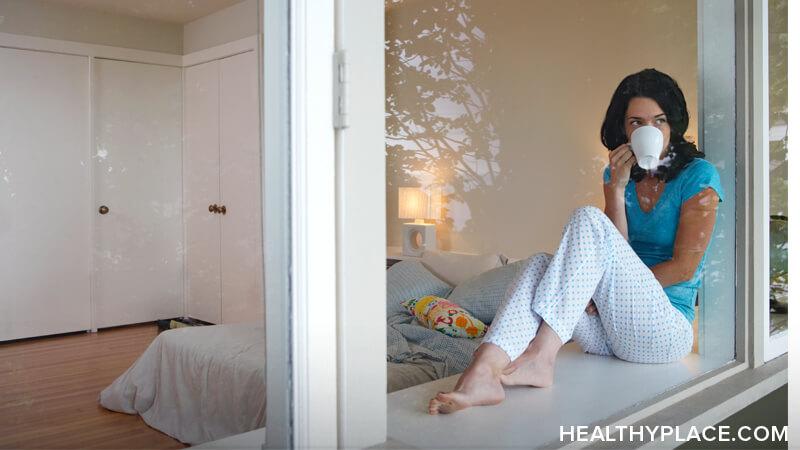 Trigger warning: This post contains a frank discussion of suicide and suicidal ideation.

What is it really like to live with suicidal ideation? Suicide is still heavily stigmatized, with accusations of selfishness being one of the most prominent pieces of stigma used against it. Would knowing about suicidal ideation help reduce the stigma that's so quickly thrown at those who struggle with thoughts of dying by suicide? I believe understanding its impact can shed light beyond the misinformation that fuels suicide's stigma.

The Impact on Daily Life of Living with Suicidal Ideation

Suicidal ideation doesn't only surface in moments where hope has burned out like an old lightbulb. While it's true that suicidal ideation is strongest when my mind feels backed into a corner with no escape, that's not the only time it exists by any means. I don't much talk about being suicidal or having suicidal thoughts because it's scary for people. I get it. I can talk about my other mental health struggles and in the same breath say, "I'll get through them."

But if suicidal ideation gets bad enough, there's a stronger likelihood I might not make it.

I also know the power in sharing experiences to understand what it means to have these struggles. So I'm here to share the impact of suicidal thoughts on daily life.

I've lived with suicidal ideation since my early teens. I had this sense of death in my mind—a sense of not making it to my next birthday or Christmas or whatever—since long before then, but the idea of dying by suicide didn't happen until later. Nowadays, suicide is an ever-present, whispering reminder of its existence as an option, even if my thoughts haven't actively shifted to ending my life.

I'll tell you the story of buying my car. It was my first brand new car, and I was excited to have a vehicle I could count on. I was excited by the thought of going for oil changes without being told I needed hundreds of dollars' worth of repairs done, like, yesterday. I was excited to not need a co-signer.

Going over the financial agreement was what I imagine to be run-of-the-mill until the associate got to a part indicating if I were to die, my loved ones wouldn't be financially responsible for the balance owed on the vehicle. My first thought? "Good. If I die by suicide, they'll be okay."

It was jarring, to say the least.

There doesn't even have to be a trigger for suicidal thoughts. They can happen while grocery shopping, doing the laundry, walking out the door, spending time with loved ones, or really anything. There are times where that whisper will be there when I wake up in the morning or pop into my head throughout the day, as if my brain wants to have a conversation that begins, "Hey, what about dying?"

Having suicidal thoughts in a period of depression makes sense to me, but when they just seem to come out of nowhere, it can take me aback.

Everyone's Experience of Living with Suicidal Ideation Is Different

My hope with sharing these raw realities of living with suicidal ideation is to help people see that suicide isn't contained in a single moment. It doesn't only happen during sad times and goes well beyond the accusations of selfishness. I hope to challenge the stigma around suicide because through understanding suicide, we can peel back the layers of misinformed ideas and attitudes toward those with suicidal thoughts and those who've attempted and completed suicide.

It's important to recognize that my experience is not everyone's experience of what it's like to live with suicidal ideation. I encourage conversation and listening, or at the very least considering how a person might be impacted by these thoughts. In doing this, we can create a better environment for everyone.

APA Reference
Barton, L. (2020, September 7). What It’s Like to Live with Suicidal Ideation, HealthyPlace. Retrieved on 2021, May 6 from https://www.healthyplace.com/blogs/survivingmentalhealthstigma/2020/9/what-its-like-to-live-with-suicidal-ideation

Are We Making Progress Combatting Mental Health Stigma?
Mental Health Crises Are Not Spectacles
A Gates
April, 11 2021 at 5:54 pm

As sad as it is, it is a relief to know that someone else has this almost daily reminder. I travel to work by train everyday, and quite often the thought that runs through my head is it would be quick if I were to step in front of the train. Don’t get me wrong I won’t do it, but those thoughts like yours have been there since my teens. I have learnt to accept that part of me to myself, but I still hide it away from my family and friends. I don’t want to scare them with but all.

Hi there. I totally get what you're saying about how it's a relief to be able to relate and have someone apart from ourselves show that we're not isolated in these feelings. Especially when dealing with these sorts of invasive thoughts about dying, it can be helpful to not feel alone with it although you wouldn't for the world wish this on anyone else. It sounds like we're on similar pages: we accept the suicidal ideation, but we don't want to scare those around us by sharing that these thoughts exist exists. I assure you that I hear you and see you in this . You're definitely not alone.