Love Bombing: The Gaslighter's Most Effective Weapon of Abuse 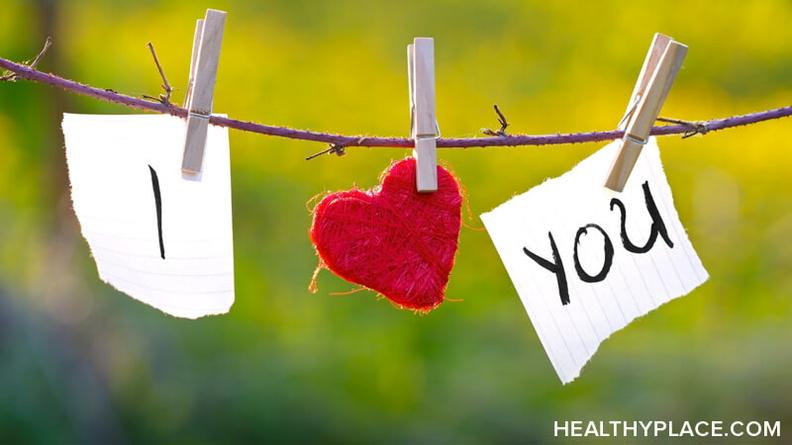 Love bombing is the single most effective gaslighting tactic there is, and it's anything but romantic. If you haven't heard the term before, you can think of love bombing as a breadcrumb trail of compliments, gifts and expressions of love, all of which make you feel safe and valued at the start of a relationship. Sounds ideal, right? It sure feels that way in the beginning, but what if you're actually being groomed for verbal and physical abuse? Here's how to tell if you are being love bombed and why you should take shelter immediately.

What Is Love Bombing?

Love bombing is a common abuse tactic used by narcissists and sociopaths to manipulate situations to their advantage. It is the key gaslighting tactic in the Idealization phase of abuse, preceding the far more obvious Devaluation and Discarding stages (Gaslighting Abuse Examples and How to Respond).

At it's most sinister, love bombing is a form of conditioning used by cults to push their agendas and influence others. In a romantic sense, it is "fake intimacy" that grooms partners for gaslighting and abuse. This behavior sets up an imbalance of power in favor of the abuser and confuses and disorientates the victim. By switching between two personalities, the perpetrator can manipulate the victim into doing exactly as he pleases, so long as he creates the right conditions for emotional, financial and physical codependency.

How and Why Does Love Bombing Work?

Love bombing is often the precursor of verbal and physical abuse. It is a common manipulation tactic whereby the perpetrator feigns love by offering compliments, affection and intimacy. He does this by learning, and then exploiting, his partner's needs, insecurities and innermost desires.

This tactic is difficult to spot in the early days of a relationship because it looks so similar to infatuated love. Idealization can last for months or even years before the love bomber exploits the trust he has earned. He does this by devaluing and then discarding the victim.

Love Bombing and Devaluation: When the Mask Slips

Disclaimer: For the purpose of this example, I'm going to assume that the love bomber is male and the person being love bombed is female, purely because this reflects my own experience.

Picture this: You've met the perfect guy. He "gets you" like no one else. He seems to be the ever-illusive "One" you've been waiting for. Your relationship moves quickly, but that's just how it is with soul-mates. You find yourself texting or talking to him every day, and he tells you he's never felt this way about anyone. You move in together, introduce each other to family and friends, and start to build the life you've been dreaming of.

Then something happens to upset him. Perhaps you stay out later than you agreed, or maybe you go to dinner with a male friend he's suspicious of. The mask slips, and you'll get a horrifying glimpse of the man behind it. He criticizes you using words that, a few months ago, you couldn't imagine leaving his mouth. He withholds contact and affection and punishes you with silence. He might even leave you altogether. It feels like he's blown everything out of proportion, and you're not entirely sure what you did wrong.

Just when your heart is on the floor and your head is spinning from what you've seen and heard, he reappears. He apologizes, tells you he was wrong, and confesses that he doesn't deserve you. He launches into a self-deprecating spiel that results in you feeling sorry for him and apologizing. Then, touched by his apparent vulnerability, those feelings of love come flooding back. All is forgiven and you find yourself comforting him. They were only words, after all.

He convinces you it won't happen again, but it does. The next time his words cut deeper and he threatens physical violence. You provoke his temper, he says. The mask slips again, and you wonder this time whether you are somehow to blame. You teeter on the edge between staying and going and start to pack a bag. Then he returns with his love bombs: he's sorry, he loves you, it won't happen again.

You take him back without much of a fight. Sure, you have issues to work through, but most of the time you are happy and he is perfect. You feel tired and confused by the encounter and you just want the relationship to return to normal.

The abusive cycle repeats again and again, and the feelings of self-blame become all-consuming. After each abusive incident, you become more and more desperate to please him, jumping through ridiculous hoops so you don't provoke his "bad side" again. You know it's pathetic, but you keep trying to get back the person you fell in love with. The love bombs give you an addictive surge of validation, proving that the person you love still resides underneath.

Each time your partner love bombs you, you see the version of the soul-mate you created in your head, and you try everything to bring that person back. If only you could do better, be better, then maybe he would treat you this well all the time. If you could manage these simple things then maybe the abuse would stop for good.

Except, the abuse never stops because the person you fell for in the beginning was just an illusion. The way he treats you in the relationship, the words he says, the threats he makes – those are the actions that define him. It's not your job to "fix" him or unearth the complexities that make him behave this way. Don't listen to love songs or watch the movies that still victim-blame women perpetuated by our culture – they do not always tell the truth.

The truth is, no matter what you do, you will not change your abuser.

That is a fact. And so, my warning is this: sooner or later the love bombs will stop and the abuse will be all you have left. Do you really want to stick around to see what that looks like?

APA Reference
Smith, E. (2018, May 15). Love Bombing: The Gaslighter's Most Effective Weapon of Abuse, HealthyPlace. Retrieved on 2021, October 16 from https://www.healthyplace.com/blogs/verbal-abuse-relationships/2018/5/love-bombing-gaslighting-abuse

Are You Verbally Abused at Work?
Applying the 5 Stages of Grief to the Loss Of A Relationship
Jamie
September, 10 2020 at 1:55 pm

My ex was perfect in the beginning: he thought of us soulmates, said I was his best friend, the love of his life, etc. But of course, that didn't last long: he would tell me not to wear makeup because he feared I was trying to look good for others and not him, which was false, told me nobody could love me like he did, no guy could want me because of my trauma...and of course me trying to defend/stand up for myself was considered selfish. I should've left as soon as he threatened to kill me if I cheated on him, but I didn't. It wasn't until the day of the breakup, where I basically had it with everything...I tried to get away from him to cool off, and just wanted to be left alone, but he provoked me further, got in my face and was yelling until he had me backed into a corner and I remember slapping him out of self defense, is where I really saw for who he was. He ended up calling me a toxic, psychotic c**t and had his mom hit me since he had "too much respect for women" as he always said...

Great article!
Interesting how bad phycology is used by a sociopath.
Toxic males think they somehow own the female body.
We teach our children sexism from birth,
feeding them fairytale lies of make believe romance.
Funny creatures,
macho men afraid of the color pink!
Women encouraged to love only men?
WTF!
Why comply?
Macho men are boys looking at prison as an alma mater.
Machiavellian regurgitation is impossible if a woman puts her priorities into SELF ESTEEM.
Finding love on the internet ?
Going down on the first date?
Waiting for his call?
(Repeat)
Something breaks/disappeard;
"I'll buy you another!"
No.
(Took a year to find it myself)
Starting meaningless arguments
before they walk out the door.
Isolation.
Used to have a car.
Why did I move to a remote location, away from my family and friends ?
What to do?
Dinner or a blow job?
Took me to the dollar store for a shopping spree.
Wants me to get an abortion.
Didn't want me to use my vibrator!
Yes,
These are worst case sonerios,
but you get the point only because we all experience some gaslighting in our lifetime.
Being with my female friends is often difficult because they believe in a man for fulfillment.
Toxic masculinity is so comfortable with make up sex!
Well it is for him cause he got laid,
thinking;
"What a good boy am I."
We are literally meat to their fork.
Lesbianism is compatibility on a level males will never know.
Men are obsolete in my eyes.
They would never be with you if you didn't have a vagina.
Believe it.
They want your "pussy."
Lesbians want you unconditionally.
We share our bodies equally simply because we have the same parts.
Men take your spirit as a trophy.
They share that sexy video you sent, with their buddies.
Lies.
They brag of prowess.
It started in myth when Atom pissed on the tree and blamed Eve
but I know you heard a different story of servitude.
Testosterone enables bully's.
Ladies,
wise up and date a chick.
Forget your guilt trip and enjoy your mind and body.
Stop being a crutch to male domination.
Living without men is sooo easy.
What are you waiting for,
permission?

I am reading this article, and this comment, as a queer woman who is trying to manage recently leaving an abusive relationship with a female partner. While most intimate violence is sadly perpetrated by men against women, it can be dangerous to assume and continue to perpetuate the myth that we also don't hurt each other.
Assuming your experiences with women have been better than men - I am happy for you! I don't mean to diminish that at all as I raise this point. I have many friends who have had more positive, healing relationships with women over men...I just think it's important to continue to be transparent about this in case there is another confused, hurting queer person out there in shoes like mine. Stay safe, everybody. <3

Totally agree with this. My lesbian partner has just broken it off with me - I’m here trying to make sense of it all, particularly the devaluation and discard aspects. I’m at a complete loss - this is not just a male thing.

I just had this happen to me. I dated a guy for about two years. It was on and off. He made me believe that he loves me and that he was serious about pursuing me until marriage. When problems creeped up regarding my parents disagreement, I obviously couldnt leave my parents. So I ended it. He still continued talkingto me trying to get the relationship back. I was happy thinking he'd be there for me, and thought we might convince my parents someday. Now , he's just left contact with me completely. Its been about a year since he called. The last few words I remember of his that struck me and made me feel secure " I cant imagine not talking to you even for a day." And shortly after that, NO more calls.